Science in the White House: Has Biden Delivered?

The Biden-Harris administrated promised more science in federal policy and the budget. After a year, many of their actions have been limited to the pandemic and conservation rollbacks on Trump policies. 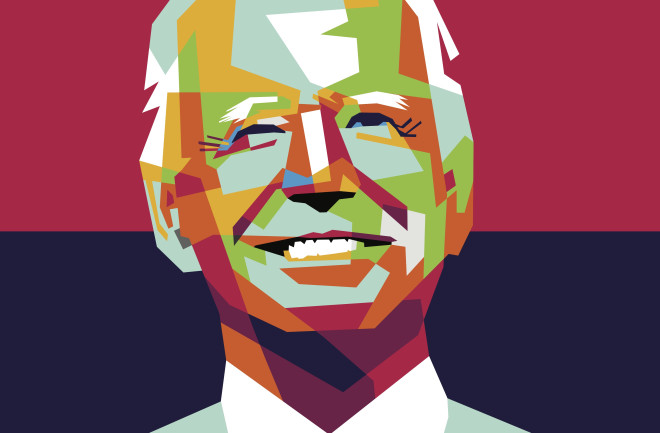 This article appeared in the January/February 2022 issue of Discover magazine as "Science Under Biden." Become a subscriber for unlimited access to our archive.

On Nov. 7, 2020, Joe Biden addressed the nation as president-elect for the first time. The will of the people, he declared, was “to marshal the forces of science and the forces of hope in the great battles of our time.” It’s been a year; how’s it coming?

Early on, Biden appointed geneticist Eric Lander as director of his Office of Science and Technology Policy and elevated that role to a Cabinet position, marking a first for the White House. But much of his science-based action focused on COVID-19: ramping up his messaging regarding vaccinations and mask-wearing, and introducing a new campaign to offer booster shots to those vaccinated in the U.S.

Beyond the pandemic’s unique challenges, the federal budget is one of the biggest ways any U.S. president can influence science across the board. And in May, Biden requested a $14 billion increase in spending for scientific research and development (R&D), a 9 percent bump over the prior fiscal year.

Matt Hourihan, director of the R&D Budget and Policy Program for the American Association for the Advancement of Science (AAAS), called the increase “large, but not historically unique,” in a statement at the time. However, the budget boost earmarked for nondefense R&D was notable. The “17.2% increase would represent the largest for nondefense R&D since the Space Race,” Hourihan wrote (noting the 2009 Recovery Act stimulus package as one exception). Negotiations in the House over the summer appeared to have slashed Biden’s $14 billion increase closer to $11 billion. And additional cuts to the 2022 budget were still pending final approval in the Senate as of press time in late 2021.

Otherwise, most of the administration’s science initiatives have targeted climate and the environment. For instance, Biden marked his early days in office by rolling back a list (see below) of moves by the Trump presidency that loosened or removed multiple environmental protections — moves that at the time sparked wide criticism toward Trump from the scientific community.

“These are all real, tangible things that have happened in the first six months that the [Biden] administration deserves credit for,” says Max Boykoff, director of the environmental studies program at the University of Colorado Boulder and former director of the Center for Science and Technology Policy Research.

Biden officially rejoined the Paris Agreement Feb. 19, promising to reach “net zero emissions economy-wide by no later than 2050.” On April 22, the White House announced a new plan to reduce U.S. greenhouse gas pollution by at least 50 percent by 2030, saying, “The United States is not waiting, the costs of delay are too great, and our nation is resolved to act now.” This summer, however, when Senate Democrats introduced a plan for a carbon border tax — tariffs on imports with high-carbon production processes, like fertilizer and steel — the White House withheld its support.

Environmental groups have said Biden’s lack of legally binding targets, for instance related to electric vehicles, has been disappointing. “Proposals and pronouncements may sound promising, but they can come off like New Year’s resolutions,” Boykoff says.

Jan. 20: Biden cancels the permit for the Keystone XL pipeline — issued by the Trump administration March 29, 2019 — by executive order on his first day in office.

May 7: The USFWS proposes an overturn of the Jan. 7, 2021, revisions to the 1918 Migratory Bird Treaty Act that would allow “incidental” killing of birds (say, by a corporation via an oil spill) without consequence.

May 26: The Strengthening Transparency in Regulatory Science rule is overturned. The Jan. 6, 2021, rule had limited the scope of scientific studies the EPA was allowed to consider in decision-making.

June 9: The EPA announces it will revise the April 21, 2020, definition of “waters of the United States” outlined in the Navigable Waters Protection Rule, which limited protections on waterways.

July 15: The USDA restores protections for Alaska’s Tongass National Forest, after it had been opened for logging in 2020.

Oct. 8: Biden restores full protections at three national monuments the Trump administration had scaled back or opened to commercial use: Bears Ears, Grand Staircase-Escalante, and Northeast Canyons and Seamounts Marine.