No one knows why biological molecules have a specific handedness. But the behavior of muons could hold the key, say astrophysicists. 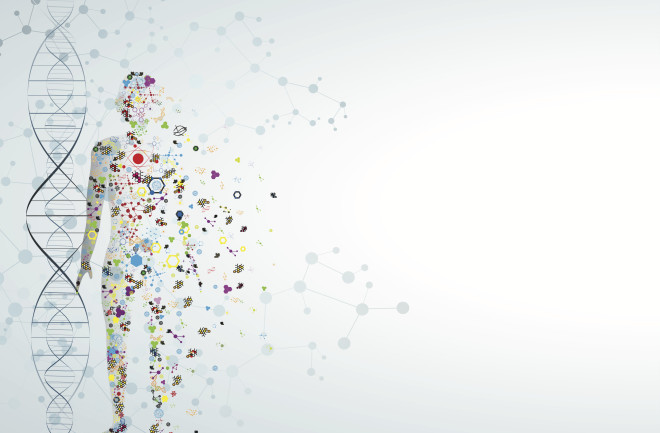 The molecules of life are large and complex. All things being equal, they can usually take one of two chemically identical forms that are distinguished by their “handedness”.

But here’s the thing: the molecular building blocks of life are either left or right-handed. Amino acids, for example, are without exception left-handed while RNA and DNA molecules consist of right-handed sugars. Their opposite-handed cousins simply do not exist in nature.

At least not on Earth. Now Noémie Globus at the University of California, Santa Cruz, and a couple of colleagues say that life on other planets must have similar properties and that we must devote more research to understanding how this handedness came about in the first place. The results could have important implications for where we look for life elsewhere in the universe.

Many chemists and evolutionary biologists have suggested that life’s handedness is simply an accident, that the gloopy chemical soup from which life emerged must have contained equal amounts of left- and right-handed molecules to begin with. By chance, life ended up with one rather than the other, and events could just as likely have occurred the other way around.

But others have said there must be a reason for nature’s preference. They point to the laws of physics which have a built-in handedness that may explain this effect. This chirality comes from the weak force in which only left-handed components of particles and right-handed components of antiparticles can interact.

The main way this manifests itself on Earth is through the polarized spin of cosmic rays, in particular of particles called muons. These continually bombard Earth’s surface and nearby events such as local supernovas would have dramatically increased their rate in Earth’s early history.

The thinking is that in interacting with biological molecules on the Earth’s surface, these muons provided an evolutionary pressure to prefer one handedness over the other. This, say theorists, tipped the balance towards a specific handedness for the molecules of life. Globus and co point out that atmospheric conditions on Earth ensure that muons can best interact with biological molecules on the planet’s surface. But this isn’t necessarily true for other planets.

On Venus, which has a much thicker atmosphere than Earth’s, the habitable zone is 50 kilometers above the surface, where Globus and co say that muons are the dominant component of space radiation. “On Mars, the atmosphere is thinner than on Earth, so the muons start to dominate only underground,” they say.

The polarization may have occurred elsewhere and been delivered to Earth, via meteorites for example. Indeed, there is some evidence that amino acids found in meteorites are more likely to be left-handed than right-handed.

If this kind of polarization is crucial for life to emerge, then it should be taken into account when looking for alien worlds that might support life, say the researchers. These planets must have environments where muons can do their work. Globus and co call these places “founts”. And that suggests a new area of focus for astrobiologists.

Of course, the role of muons in evolution is no more than a theory at the moment. And Globus and co say there would be a simple way to check it. “One way in which it could be falsified is if we discover extremophiles or “alien” life with the opposite chirality,” they say. But there are also a range of experiments we could do on Earth to better characterize the effect. Globus and co suggest a set of experiments that could explore this issue further.

One important goal is to find the mechanism by which the handedness of muons creates an evolutionary preference for the handedness of biological molecules. One idea is that muons are more likely to trigger mutations in molecules of the same handedness, with a subsequent impact on the rate of evolution. This could be tested by bombarding organisms with left- and right-handed muons and then measuring any difference in the resultant mutation rate.

Another experiment is to set up a Miller-Urey-type experiment to create amino acids from simple ingredients. Bombarding these experiments with polarized muons could reveal whether they induce an excess of right- or left-handed amino acids.

Indeed, such experiments were done in the 1970s without conclusive results, probably because of experimental limitations at the time. “However, we now have the means to perform more sensitive investigations,” say Globus and co.

The task now is to investigate this idea in more depth. And there should be no shortage of takers, given that the origin of biological chirality is one of the outstanding mysteries of modern biology.

Ref: Polarized Muons and The Origin of Biological Homochirality : arxiv.org/abs/2110.01975

What If Earth Hosted An Industrial Species Before Humans?