How Citizen Science Helps NOAA Keep Tabs on Our Oceans

You can get involved with ocean research with NOAA, no matter whether you're on the water or dry land. 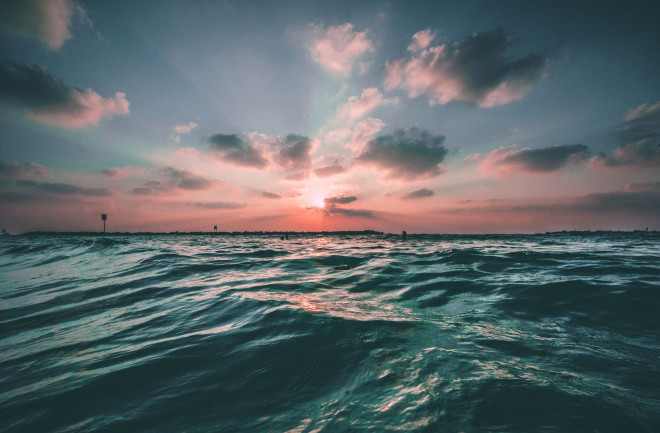 Our oceans are vast, powerful and mysterious — and even after centuries of study, there are still many things scientists don’t know about our planet’s blue expanses. But the ocean affects all of our lives intimately, even those of us who live far from the coast. Oceans provide food for billions of people, shape weather patterns across the globe and more.

Here in the United States, much of the work of studying the oceans falls to the National Oceanic and Atmospheric Administration (NOAA), a federal agency established in 1970 to study, manage and protect the oceans. And for decades, the agency has relied on citizen scientists across the country to fulfill its mission. Fishermen, beachcombers, weather watchers and more contribute their observations and data to NOAA citizen science projects like the Community Collaborative Rain, Hail and Snow Network (CoCoRaHS) and the Marine Debris Tracker.

Learn more about NOAA citizen science on a recent episode of the SciStarter podcast.

John McLaughlin, the Education Program Manager at NOAA estimates that volunteers contribute more than a million hours to NOAA-run citizen projects every year.“The way people participate is so varied, depending on the project,” McLaughlin says. Some projects, like the Southern Maine Volunteer Beach Profile Monitoring Program, have seen volunteers keep track of beach conditions for years, while others, like Old Weather, ask volunteers to comb through old ship logs to track weather from the 19th century and give us a better understanding of historical weather trends.

Modern weather-watchers join a long history of citizen science at the agency. One of their projects, the Cooperative Observer Program, was founded in 1890 and predates the agency itself. It’s been gathering observations on temperatures, precipitation and more for almost 130 years, improving forecasts and creating a long-lived record of global climate changes.

More recently, McLaughlin says, modern technology has empowered scientists and volunteers alike. “Smartphones that allow for reporting of data along with photos and geographic coordinates have been a game changer, as have the growth of online projects that allow people to participate from their homes.”

NOAA is tracking marine litter around the country with Marine Debris Tracker, powered by observations submitted by beach going citizen scientists. That data in turn lets scientists better track where debris is coming from and where it’s going, and design better policies to help protect wildlife and ecosystems from debris. Another project, Steller Watch, is identifying endangered Steller sea lions in the remote Aleutian islands with the help of citizen scientists tagging the marine mammals in images on their computers.

Contributing to Science in the Oceans

NOAA gets data from citizen scientists further afield, too. For years, partnerships with fishermen and boaters have given the agency’s scientists crucial data on hard-to-reach places and important marine species. In the northeast, commercial fishermen attach sensors to fishing gear like lobster traps and scallop dredges, which beam back real-time data on temperatures to scientists. The Environmental Monitors on Lobster Traps and Large Trawlers (eMOLT) program has submitted more than 12,000 measurements to date, which scientists use in their models predicting ocean conditions.

This kind of real-world data is irreplaceable for NOAA, McLaughlin says — it’s tough for the agency’s scientists to get on their own. “For a lot of the work we do, monitoring is very important.”

Recreational anglers are the stars of a different program, this one focused on rockfish. Three species of rockfish were listed as endangered in the Puget Sound in Washington in 2010, and NOAA Fisheries wanted to learn more about them. Anglers jumped in by sharing their knowledge of rockfish locations and their complex habitats so biologists could get samples from rockfish for genetic analysis. That data ultimately led to the first delisting of a marine fish species from the federal endangered species list.

It’s not the only example of citizen science data leading to real insights. Volunteer observations for the Cooperative Shark Tagging Program (CSTP), which has tagged over 300,000 sharks to date, uncovered a curious shift in behavior among tiger sharks. These apex predators, which can measure more than 12 feet long, have recently begun returning to U.S. northeast shelf waters earlier than ever before, something that scientists picked up on thanks to data from CSTP. The reason is likely warming ocean waters, which allow the sharks to move north earlier, and stay there longer, than they used to.

NOAA citizen science programs take place out of the ocean, too (that would be the “atmospheric” part of the agency’s mission). In partnership with the Boston Museum of Science,  SciStarter and other partners the agency supported a series of climate resiliency forums that pair community members with scientists and planners. These workshops walk participants through the process of preparing their communities for climate change, and give them a chance to provide input on the process. The “Wicked Hot Boston” and “Wicked High Tides” programs addressed two major concerns in the Boston area, and the program expanded around the country with more than 20 science centers involved. In addition to forum programming, the project supports climate-related citizen science activities featured on SciStarter, with customization for each museum and science center. Check out this activity book from the agency on climate resilience in your community for more information and activities!

Some projects ask volunteers to go outside and collect data from beaches or bodies of water, while others can be done right from your computer. And all of the projects feed their data to NOAA scientists working to better understand and monitor the oceans and the skies. Your data makes their job just a little bit easier.

How to Play in the Snow…For Science!

STEM Organizations Are Powering Discovery With the Science Near Me Exchange