Two orca tormentors have terrorized the sharks off the coast of South Africa, setting off the shark's instincts to flee. 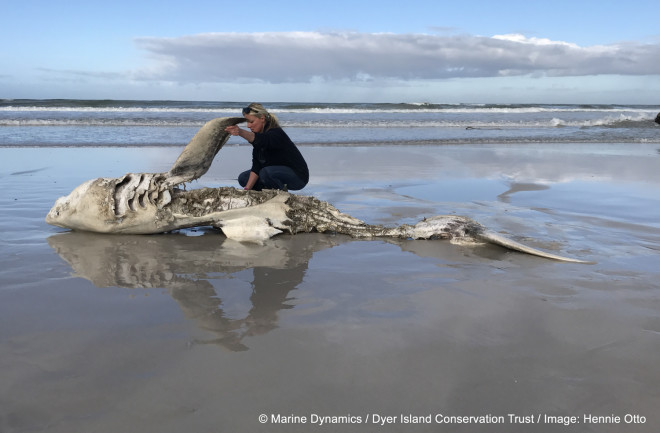 When we think about the ocean, sharks are at the top of the food chain. But what if that’s not always the truth?

An article in the African Journal of Marine Science states that, for the past five years, two orca whales have hunted and sufficiently terrified the great white sharks off the coast of South Africa. According to the study, the orca’s hunting habits have forced sharks to flee, strengthening the theory that fear can change sharks' movement patterns.

Sharks have always called the shots as the apex predator of the coast of Gansbaai, off the western cape of South Africa. Yet, ever since the arrival of two orcas in the area, the carcasses of eight great white sharks (with wounds indicative of orca attacks) have appeared along the shore.

Similar to other orca attacks, the orcas tore the shark's torsos apart, and removed their nutritious internal organs. The study authors say that the orcas, supposedly members of a rare morphotype that feasts on three or more separate species of shark, probably slaughtered other sharks in the area that they have simply yet to find.

The authors tracked 14 great white sharks, tagging information and sighting records over a period of five-and-a-half years. Their results revealed that a significant portion of the shark population fled from the area abruptly and all at once in the aftermath of the orcas’ appearance. Researchers presume it was a result of sharks' natural inclination to avoid predators.

“Following an orca attack in Gansbaai, individual great white sharks did not appear for weeks or months,” says primary study author Alison Towner, a biologist at the Dyer Island Conservation Trust, in a press release. “The more the orcas frequent these sites, the longer the great white sharks stay away.”

Their research illuminates a predators' response to predation risks and informs scientific understandings of how tightly intertwined these relationships are between predators and prey in marine settings.

In fact, the study authors say that the impacts of the orcas’ attacks and the sharks’ mass migrations are already rippling through the Gansbaai coast. “Balance is crucial in marine ecosystems. For example, with no great white sharks restricting cape fur seal behavior, the seals can predate on critically endangered African penguins, or compete for the small pelagic fish they eat,” Towner says in a press release.

With fewer great whites around, the orca attacks have also enabled the bronze whaler shark to emerge as a new mesopredator, a mid-ranking predator that preys on smaller creatures.

“There is only so much pressure an ecosystem can take, and the impacts of orcas removing sharks, are likely far wider-reaching,” Towner says in a press release. “Increased vigilance using citizen science (e.g. fishers’ reports, tourism vessels), as well as continued tracking studies, will aid in collecting more information on how these predations may impact the long-term ecological balance in these complex coastal seascapes."