As active satellites continue to pile up, so does the risk of collisions. If that happens, it could cause serious turmoil for astronomers and the public. 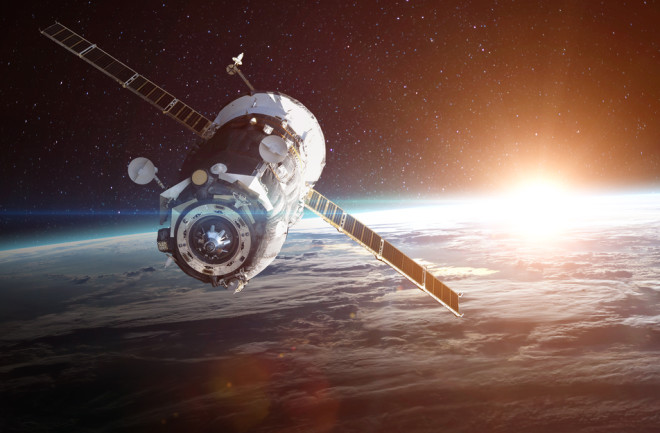 Gone are the days of traffic jams solely being a problem for drivers on their way to work: we now have to consider satellite congestion in outer space, too.

As it turns out, a growing number of active satellites is positively correlated to risks such as overlapping orbits and debris collision. And as impending launches draw closer, experts are exploring how LEO (or low Earth orbit) — the area around the Earth that has an altitude of less than 1,000 kilometers, or about 620 miles — can accommodate the increasing number of satellites the private sector is projected to deploy in a safe and sensible manner.

While LEO has not yet reached rush-hour levels of congestion, it's certainly on its way, according to Jonathan Rasmussen, an aerospace engineer who has studied the risk factors associated with orbital debris. “I hesitate to use the term ‘traffic jam’ since satellites can't sit idling on their orbital highways,” Rasmussen says. “But congestion is definitely a concern.”

It’s Getting Crowded Up There

SpaceX founder Elon Musk has previously come under fire for saying “tens of billions” of satellites could be accommodated in LEO. The claim that has since been repudiated as “overly optimistic” by experts.

Particularly in LEO, the number of satellites has been steadily increasing: Over 5400 satellites are currently in orbit, according to the Union of Concerned Scientists. That figure is projected to rise dramatically as SpaceX works expeditiously to expand Starlink — its constellation of satellites — with frequent launches that border on weekly. The satellite communications corporation plans to build a LEO mega-constellation containing 42,000 satellites to achieve global high-speed internet and phone services. As of July, SpaceX has already exceeded its 2021 record of 31 launches, the most lift-offs in a year.

“Mega-constellations pose a significant risk to on-orbit collisions,” Rasmussen says. “Last year, Starlink satellites were already responsible for over half of close encounters in orbit. Since then, they have launched over 1700 more satellites”

In addition to SpaceX’s ambitions, Amazon's Project Kuiper plans to place 3,236 satellites into orbit. OneWeb, Iridium Next, GlobalStar, and many other anticipated mega-constellations will potentially add more than 8600 satellites into LEO.

As many as 58,000 new satellites are expected to be launched into space by 2030, according to Aerospace. And while that's good news for space exploration and aerospace innovation, the trend could infringe upon the sustainability and viability of future space operations.

The Risks of Space Congestion

Both satellites and rocket bodies add considerable mass to LEO, and this congestion could cause turmoil for the study of astronomy.

“Too many satellites on-orbit could make it harder to detect near Earth objects that may pose a collision risk,” Rasmussen says. “And clusters of satellites or a debris cloud could disrupt the signals detected by radio astronomy." Take, for example, the recent first-ever imaging of Sagittarius A*, the supermassive black hole at the center of the Milky Way Galaxy, which was accomplished by combining data from multiple radio telescopes around the world. "Such endeavors to understand our universe are at risk by on-orbit congestion.”

The ongoing bulk of satellites in LEO also can break into debris from collisions, explosions, or erosion in the harsh space environment. When satellites crash into one another, it can result in dangerous space shrapnel, which in turn increases collision probability.

Moving debris can result in further space accidents and collisions, essentially perpetuating a vicious cycle and exacerbating an already sizable space junk problem. More than one million identified pieces of space debris between one and 10 centimeters are orbiting around Earth, per a recent report. And out of that million, 30,000 pieces are over 10 centimeters, per the European Space Agency (ESA).

Orbital collisions could also pose a significant threat to many of the status quo pleasures of everyday life. Consumers could lose internet access, for example, but the ripple effects would extend to many industries like the financial and transportation sectors.

“If catastrophe strikes, the repercussions will ripple through society,” Rasmussen says, citing consequences like delayed bank transactions and disrupted GPS signals. “Our lives are so intertwined with the regular operation of satellites, that should we lose them it would be like the power suddenly going out at night and humans fumbling our way through the dark to find flashlights and candles.”

What to Do Next?

Currently, all the major space agencies collaborate on object tracking and collision avoidance via the Inter-Agency Space Debris Coordination Committee (IADC), which is a governmental forum to internationally coordinate space junk and debris, both natural and man-made. The IADC’s guidelines include inactivating satellites at the end of their lifecycles by venting leftover fuel and materials that could lead to explosions and lowering satellites far enough into the atmosphere to ensure disintegration within 25 years. The organization's publicly posted recommendations can be used by aerospace companies to create systems and missions to reduce debris and avoid collisions.

However, these best practices have more teeth when they become requirements specified by the agencies to their contractors, such as NASA's NPR 8715.6 — the agency’s mandatory orbital debris requirements, according to Rasmussen. “But as we have seen lately with Russia's planned withdrawal from the ISS, the state agencies are not immune to geopolitical strife,” Rasmussen says. “And even though Roscosmos — Russia’s State Space Corporation—is part of the IADC, it didn't prevent their parent state from conducting an anti-satellite weapons (ASAT) test last year and generating thousands of pieces of more debris. The IADC is a scientific collaboration. It needs a political equivalent that is more binding.”

That's why experts say that regulation needs to be the forefront of any conversations concerning the future growth of the space sector. All in all, preventing satellite congestion requires a multi-tiered approach including active debris removal, policies that require launch providers and satellite operators to de-orbit systems at end of life, and states disavowing further ASAT tests. Only time will tell if these guidelines will be implemented in a timely manner by public and private space operators as they continue to launch more satellites.