Matthew Schrag, a neuroscientist and physician, announced the data from the 2006 article on Alzheimer's Disease could be fraudulent. 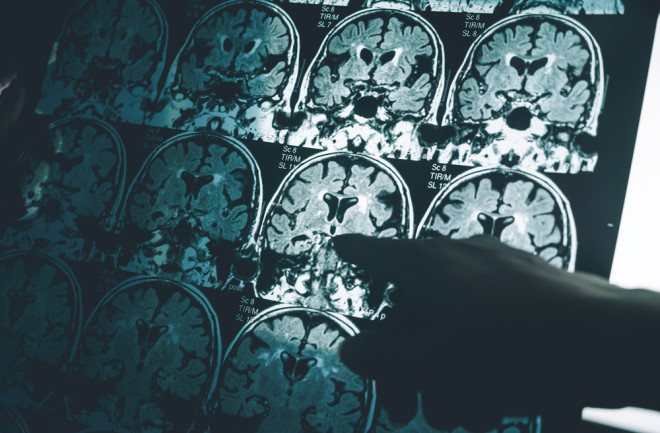 In 2006, a landmark study in Nature identified a possible cause of Alzheimer’s disease. For almost 16 years, this study influenced how scientists approached Alzheimer’s and how major research grants were given.

But in the summer of 2022, the editors of Nature issued a chilling disclaimer. There was concern regarding the images that accompanied the article. An investigation was underway, and readers were urged to “use caution” when relying on the results.

A whistleblower had come forward and said the images appeared to have been manipulated, meaning the results that guided scientists were possibly wrong.

In the U.S., Alzheimer’s now afflicts more than six million people aged 65 and older. If the accusations are true, it’s possible that inaccurate research was influencing significant research time and money to help these patients.

The study examined the cognitive decline in mice, and the authors identified an amyloid-β precursor protein as the possible cause of cognitive decline. The amyloid hypothesis suggested that the damage could be limited if the protein could be managed.

The amyloid hypothesis came at a time of frustration for Alzheimer’s researchers. Since the German physician Alois Alzheimer first began publishing on the disease in the early 1900s, scientists have wanted to know what caused this profound cognitive decline. Alzheimer first suggested that the “senile plagues” he identified during autopsies were important.

The idea held until the late 1990s and early 2000s when one failed clinical trial after the next prompted researchers to reform their hypotheses. The 2006 study in Nature gave many scientists the greenlight they wanted to pursue the amyloid hypothesis as the possible cause.

In the next 16 years, the National Institute of Health prioritized research grants for scientists following the amyloid hypothesis. They also approved an experimental drug — Simufilam — which the manufacturer says would “stabilize a critical protein in the brain.”

Based on data from a slew of journal articles, Simufilam was supposed to stabilize the proteins and stop the cascade of damage that led to cognitive decline.

And in 2021, a critic of the drug sounded an alarm that shook the entire field of research. The whistleblower, Matthew Schrag, a neuroscientist and physician in Tennessee, announced the data from the 2006 Nature article might be fraudulent, and it was time to rethink the amyloid hypothesis.

The problem with the 2006 Nature article is in the pictures. Schrag and other scientists have scrutinized the images that accompanied the article and said there is evidence of tampering.

“I think there are huge red flags on that data that make you seriously question that data,” Schrag says. “What we can see is that there are areas in that image where there looks like patches have been copied and pasted and described as different experiments. That’s occurring in a wide enough range of places to undermine the interpretation of the entire article.”

Schrag alerted the National Institute of Health, which granted the lead author millions in research funding, and the University of Minnesota, where the lead author is on the faculty and has a research laboratory.

The investigation could take years. In the meantime, other investigations, including a 2022 article in Science, are supporting Schrag’s findings. Members of the research community are considering the possibility the photos were manipulated, the data is skewed and research has been heading in the wrong direction for a long time.

The 2006 Nature article pushed scientists in the wrong direction, but Schrag says it’s not entirely to blame. Many other researchers were willing to go along with the amyloid hypothesis.

“No major hypothesis hinges on just one study,” Schrag says.

While the research community focused on the amyloid hypothesis, other ideas have been ignored or denied funding. This controversy can stop other research fields from making the same mistake.

“I hope this is the takeaway,” Schrag says. “It’s not the best strategy for a field [of researchers to] tunnel vision on one idea. I’d like to see a wider range of funding to support competing funding.”

More From Discover
Mind
Weed Might Not Make You Creative After All
Mind
What Psilocybin Psychedelic Mushrooms Are Teaching Us About Human Consciousness
Mind
How Failing Could Actually Help us Succeed
The Sciences
How a Zombie-Ant Fungus Can Infect a Host
Mind
Video Games May Have Negative Effects on the Brain
Mind
What Is Emotional Blunting, and Do Antidepressants Cause It?
Recommendations From Our Store
My Science ShopDiscover STEM Kits
My Science ShopDiscover 2022 Calendar
My Science ShopStrange Science
My Science ShopElements Flashcards
Shop Now
Stay Curious
Join
Our List