For the first time, researchers confirm dust from the zodiacal cloud comes from more than 2 billion miles from Earth. 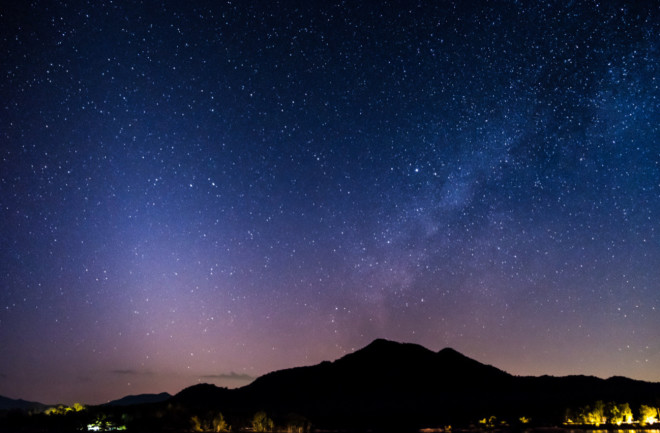 The zodiacal cloud as seen from Earth. (Credit: ANON MUENPROM/Shutterstock)

When you notice that faint glow of reflected sunlight in the dark sky just before dawn and after twilight, you’re actually looking at the zodiacal dust cloud. The dust envelops our inner solar system and up to 30,000 tons of its particles spiral into Earth’s atmosphere every year, according to some estimates.

This dust was long thought to come from collisions in the main asteroid belt as well as among Jupiter-family comets — with little chance of particles reaching Earth from the Kuiper belt, a doughnut-shaped region beyond the orbit of Neptune that contains comets, asteroids and other icy objects. In a recent study published in Nature Astronomy, however, researchers discovered dust particles from the zodiacal cloud that originated from the farthest reaches of our solar system.

On the Wrong Track

Lindsay Keller, a planetary scientist at NASA’s Johnson Space Center and lead author of the study, first clued into the evidence when he examined a sample lunar rock brought to Earth by the Apollo 16 astronauts. Using a diamond knife, Keller cut and shaved off a slice about a thousand times thinner than a human hair and viewed it using a transmission electron microscope.

Specifically, Keller sought out damage caused by the Sun’s energetic particles: "These high energy ions disrupt the crystal structure in the minerals and leave behind 'tracks,'" he says, adding that the tracks look like toothpicks that have fallen on the floor. Using the density of these tracks and an estimate of how many are formed per year, researchers can determine the amount of time a rock has spent in space.

To his surprise, however, Keller discovered that the true rate of track production is much lower than what had been previously estimated. “That’s when the alarm bells started going off,” he says. Researchers had determined the original rate using chemicals to etch tracks on a thicker sample of the same lunar rock. But looking at this thinner sample through the microscope revealed fewer tracks per unit area — and, hence, a lower production rate.

“There’s nothing wrong with the etching technique and the corresponding production rate,” says Keller. “You just have to be careful to use the rate that is appropriate for your technique.”

Working with George Flynn, an astrophysicist from the State University of New York at Plattsburgh, Keller selected a sample of dust grains that had previously entered Earth’s atmosphere and been collected by NASA high-altitude aircraft. Using their new production rate, the researchers discovered that some of the grains must have spent more than a million years spiraling towards Earth.

“The surprise was how many there were,” says Flynn. “Using the correct calibration showed that a lot more particles had track densities that imply they came from far out — not the main belt asteroid or Jupiter-family comet origin that only takes tens of thousands of years to reach Earth.”

To spiral in from beyond Neptune, however, the dust grains would have to transit past the gravity of the gas giants, where their orbits might become trapped or even ejected from the solar system. So, the researchers turned to a variety of computer models that simulated the evolution of dust grain orbits.

“Depending on which model you use, a fraction of the particles can get through,” says Keller. Although there’s also a greater chance that the particles will be destroyed by collisions with interstellar grains — especially over millions of years — even a small fraction getting through translates into a lot of dust grains reaching Earth, explains Flynn. “There is a tremendous amount of dust being produced in the Kuiper belt.”

The researchers estimate that a quarter of all the dust that makes up the zodiacal cloud originates from the Kuiper belt. The particles that make it to Earth likely have low velocities, which allow the grains to survive entry into Earth’s atmosphere without burning up. “For the first time,” says Flynn, “we can look at the track densities and know where these particles came from.”