Experts in planetary defense are developing ways to protect the planet from asteroids, large or small. 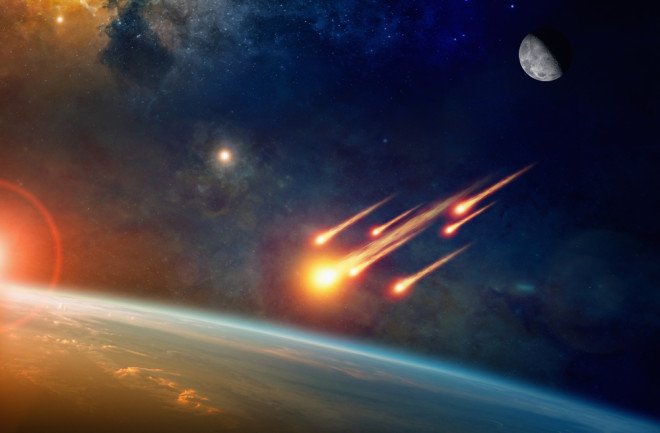 The most famous asteroid to collide with Earth is the Chicxulub crater, which hit the Yucatán Peninsula 65 million years ago. It’s known for wiping out the dinosaurs, along with three quarters of life on the planet. Other huge craters like the Vredefort crater in South Africa and the Sudbury Basin in Ontario, Canada were even larger and likely barreled toward us a couple billion years ago.

In more recent years, meteoroids have hit us, the asteroid’s smaller cousin. Tunguska hit Siberia in 1908 and lit up the sky as far away as London; and Chelyabinsk, another Russian hit, was caught on tape in 2013.

A big one hasn’t hit us in a while, but the next one is somewhat unavoidable, according to Nancy Chabot, a planetary scientist at Johns Hopkins University. “While there’s currently no known asteroids that are on track to hit us in the foreseeable future, asteroids have been hitting the Earth for billions of years and it’s really a cosmic inevitability,” says Chabot.

But what will happen when an enormous object is speeding towards us? Will we know about it ahead of time and will we be able to defend ourselves?

According to Chabot, scientists are already tracking around 90 percent of the larger asteroids (around a kilometer or bigger), using Earth-based telescopes that take multiple pictures over several nights. They then lay out their orbit. Once we track asteroids, we can know where they are for decades or even a century. None of these are currently a threat.

However, experts in planetary defense are much more concerned with smaller objects, a few hundred meters, or more. These asteroids could do a lot damage to the planet and we’re only tracking less than half of them, Chabot says. They’re smaller, and therefore harder to find. While the objects we know about aren’t currently a threat, there’s a world of undiscovered asteroids or comets that could hit the planet with little warning.

“If something in that smaller size hit the Earth, it wouldn’t necessarily be an extinction level event, but it would be a regional devastation,” says Chabot.

NASA’s next big venture in planetary defense, is putting a telescope in space that’s “good at finding asteroids,” she says. This would be an IR telescope, or infrared telescope, that could detect infrared radiation and find these smaller, darker objects hidden deep in the night sky.

“Most telescopes that we put in space are designed to look at things really far away, but these objects are very close to Earth in our solar system so they move really fast. This telescope would have to be good at looking at things nearby,” says Chabot.

Once we know where asteroids are, we’ll have plenty of warning time if they’re heading towards us. That’s where NASA’s latest planetary defense project Double Asteroid Redirection Test (DART), comes into play. DART is an autonomous rocket that can nudge or deflect asteroids to slightly change their trajectory so they won’t hit the planet. DART uses “kinetic impact technology” which, says Chabot, amounts to crashing a spacecraft into an object to slightly redirect its orbit. DART lifted off last November and will reach the Didymos asteroid system around September. It’ll test its deflecting technology out on a 160-meter wide asteroid.

But the only way DART works is if you have enough warning time to get your rocket into space and start nudging it. What happens when we miss the window and it’s set to crash into the planet?

Phillip Lubin specializes in planetary defense at the University of California at Santa Barbara. His recent research depicts a technique called Pulverize It (PI) that would use “penetrator rods” to break the asteroid into fragments small enough that they would burn up before they hit the Earth. If it was a “planet-killer” sized asteroid, nuclear enabled interceptors would have to break the object apart and spread the pieces. All while they were far enough away that they wouldn’t hit the planet.

In the end, we have to know where objects are and then we have to know the feasibility of intercepting them to either nudge them or break them apart. But Lubin says, we’re not there yet. We potentially have the technology that could stop most threats, but we’re still in a “detailed analysis and simulation phase.”