New study suggests cacao was not limited to the elite in ancient Mesoamerica, as prior research has indicated. 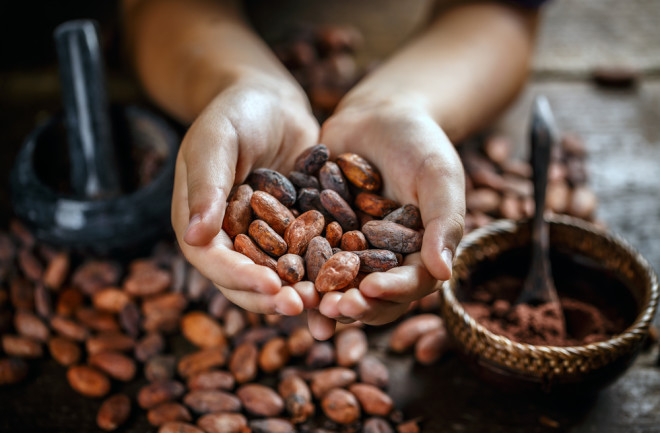 The aroma of chocolate may be velvety and rich, but that doesn’t mean it was reserved for the elites in ancient Mesoamerica. New chemical analysis reveals that despite what many archaeologists have assumed, less affluent Maya families had access to cacao as well.

“The suggestion that the use of cacao is restricted to or used exclusively by the elite must be set aside,” write the authors in a study published last month in the Proceedings of the National Academy of Sciences.

Lead author Anabel Ford, an archaeologist at the University of California, Santa Barbara, has studied the Maya for decades. In 1983, she first mapped the Late Classic period site of El Pilar in Belize near the Guatemalan border. She has been working at the site ever since, often with a focus on the everyday domestic life based on remains found in the smaller houses surrounding the central temples at El Pilar.

The Maya often consumed cacao in the form of a drink, though it was also used in dishes like mole. Many archaeologists had previously assumed that cacao use was restricted to the privileged, since most direct evidence came in the form of elaborate cacao vessels buried with elite Maya figures. Some vessels even had hieroglyphics indicating that they were cacao cups belonging to a specific noble.

As a result of her focus on the domestic lives of humble Maya at El Pilar, Ford had never been particularly interested in cacao use. That changed when Mattanjah de Vries, a biochemist at the University of California, Santa Barbara, asked her for some residue samples from ancient pot shards excavated at El Pilar. He was looking to use laser mass spectrometry to detect the presence of chemicals found in cacao plants.

Chocolate for the People

The researchers then expanded their analysis, examining 41 more pot shards from a wider variety of forms, including vessels, bowls, jars and plates at El Pilar from the Late Classic period of A.D. 600–900. The samples were taken from both residential structures and civic structures. Of all 54 shards examined in the preliminary and follow-up analysis, 56 percent had traces of cacao, found both in civic and residential settings.

“It was really hard to find a negative,” Ford says.

Evidence in other research reveals that cacao seeds were used as a standard measure of trade like currency in some places, meaning it certainly held social value.

This study reveals that cacao was consumed by a much wider swath of society than previously believed, though. This isn’t completely surprising for Ford, who says that Maya farmers that grew cacao likely had access to the substance.

“The humble farmer versus the elite noble — they all celebrated the same rituals,” she says, likening such ceremonial consumption to Americans eating turkey at Thanksgiving or other modern holiday traditions. Still, like bottles of champagne today, cacao probably wasn’t consumed as often by the less affluent Maya.

“That doesn’t demean it, it just exults it,” Ford says.

The latest study recognizes that cacao was certainly a precious commodity, known as food from the gods. But that doesn’t mean it was off limits to everyday people, according to the authors: “Our establishment of cacao in civic and residential settings indicates that cultural practices using this treasured agricultural commodity were essential to Late Classic Maya identities.”