Albert Einstein, one of the greatest scientists of all time, is best known for his theory of relativity. But he also spoke about social justice, morality and happiness. 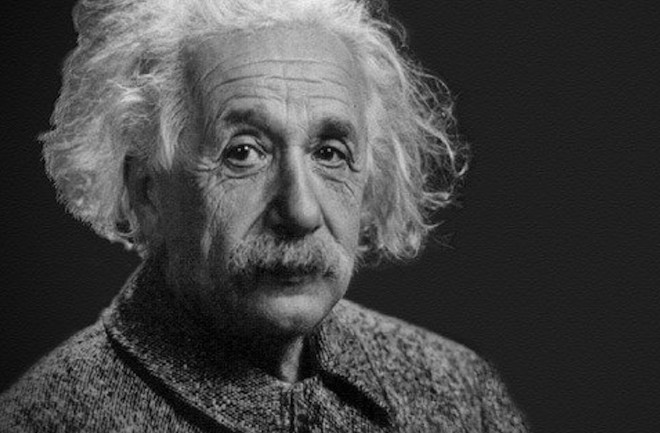 Decades after his death, Albert Einstein's legacy carries on. He is often regarded as the father of modern physics in light of his revolutionary ideas that have shaped our understanding of the universe.

The prolific scientist's rise to celebrity status, however, didn't happen overnight. Unlike many other famous scientists of his time, Einstein lacked a flawless education record and wasn’t well connected in the scientific community. He perfectly embodied the stereotype of a lone genius and typically worked by himself. In 1905, the year he turned 26, Einstein published four groundbreaking papers that laid the foundations for his theory of relativity, E=mc2 and quantum mechanics. But his work largely flew under the radar at the time.

A solar eclipse in 1919 was the watershed moment for his career, when one of his general relativity predictions was confirmed by astronomer Sir Arthur Eddington. Einstein went on to win the Nobel Prize in Physics in 1921 for his explanation of the photoelectric effect — not for relativity, ironically.

Needless to say, Einstein didn't require much of an introduction to the American public by the time he immigrated to the U.S. in 1933 as he sought asylum during Hitler's rise to power. Einstein, who accepted a position at Princeton's Institute for Advanced Study, often used the limelight to share his views on politics, religion and everything in between. Both German-born and Jewish, Einstein was in a unique position to speak out against Nazi Germany and the persecution of Jewish people. The scientist also criticized the racism, discrimination and injustice that he observed in America.

Near the end of his life, Einstein was offered the presidency of Israel — a position he turned down, citing a lack of experience and people skills. He passed away a few years later in 1955 of heart failure. He left behind a lifetime worth of remarkable scientific contributions and social commentary that lives on today.

Einstein is perhaps the most quoted scientist of all time — something he didn't exactly intend for. In 1953 he quipped: "In the past it never occurred to me that every casual remark of mine would be snatched up and recorded. Otherwise I would have crept further into my shell."

Nevertheless, the words he left behind may be the best way to go inside the mind of the legend. Here is a collection of Einstein quotes — from inspiring to thought-provoking — that offer a glimpse into how he saw the world and his work.

2. "Where the world ceases to be the scene of our personal hopes and wishes, where we face it as free beings admiring, asking, observing, there we enter the realm of art and science."

3. "A human being is a part of the whole, called by us "universe," a part limited in time and space."

4. "If I were not a physicist, I would probably be a musician. I often think in music. I live my daydreams in music. I see my life in terms of music ... I cannot tell if I would have done any creative work of importance in music, but I do know that I get most joy in life out of my violin."

5. “The greatest scientists are artists as well.”

6. “It occurred to me by intuition, and music was the driving force behind that intuition. My discovery was the result of musical perception.”

7. "I believe in intuitions and inspirations. I sometimes feel that I am right. I do not know that I am."

8. "The supreme task of the physicist is to arrive at those universal elementary laws from which the cosmos can be built up by pure deduction. There is no logical path to these laws; only intuition, resting on sympathetic understanding of experience, can reach them."

9. "Life is like riding a bicycle. To keep your balance you must keep moving."

10. "I believe in one thing — that only a life lived for others is a life worth living."

11. "I am enough of an artist to draw freely upon my imagination. Imagination is more important than knowledge. Knowledge is limited. Imagination encircles the world."

12. "The most beautiful experience we can have is the mysterious. It is the fundamental emotion that stands at the cradle of true art and true science. Whoever does not know it and can no longer wonder, no longer marvel, is as good as dead, and his eyes are dimmed."

13. "The important thing is not to stop questioning. Curiosity has its own reason for existing. One cannot help but be in awe when he contemplates the mysteries of eternity, of life, of the marvelous structure of reality. It is enough if one tries merely to comprehend a little of this mystery every day." 14. "My interest in science was always essentially limited to the study of principles ... That I have published so little is due to this same circumstance, as the great need to grasp principles has caused me to spend most of my time on fruitless pursuits."

15. "My passion for social justice has often brought me into conflict with people, as has my aversion to any obligation and dependence I did not regard as absolutely necessary."

16. "Even though the realms of religion and science in themselves are clearly marked off from each other, nevertheless there exist between the two strong reciprocal relationships and dependencies."

17. "Science is international but its success is based on institutions, which are owned by nations. If therefore, we wish to promote culture we have to combine and to organize institutions with our own power and means."

18. "Why does this magnificent applied science which saves work and makes life easier bring us so little happiness? The simple answer runs: Because we have not yet learned to make sensible use of it."

19. "One thing I have learned in a long life: that all our science, measured against reality, is primitive and childlike — and yet it is the most precious thing we have."

20. "All religions, arts and sciences are branches of the same tree. All these aspirations are directed toward ennobling man's life, lifting it from the sphere of mere physical existence and leading the individual towards freedom."