Solid state drives use far less power than hard disc drives. But a new study unexpectedly reveals that their lifetime carbon footprint is much higher than their hard disc cousins, raising difficult questions for the computer industry 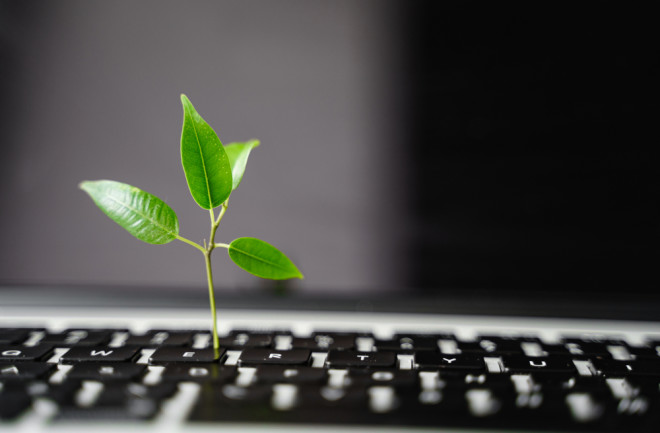 Solid State Drives (SSDs) are integrated circuits that store data without any moving parts. By comparison, hard disc drives (HDDs) store information on a rotating magnetic disc. Because of this simplicity, SSDs have revolutionized the form and function of computing devices. Smartphones, for example, rely on SSDs.

The benefits of SSDs over HDDs are legion. They are smaller, mechanically simpler, faster to read and write data than their hard disc cousins. They are also more energy efficient.

So with many computer manufacturers and datacenter operators looking to reduce their carbon footprints, it’s easy to imagine that all this makes the choice of memory easy.

But all is not as it seems, say Swamit Tannu at University of Wisconsin in Madison and Prashant Nair at the University of British Columbia in Vancouver. SSDs have a dirty secret.

Tannu and Nair have measured the carbon footprint per gigabyte of these devices across their entire lifetimes and, unexpectedly, it turns out that SSDs are significantly dirtier. “Compared to SSDs, the embodied [carbon] cost of HDDs is at least an order of magnitude lower,” say the researchers.

Tannu and Nair come to their conclusion by adding up the amount of carbon emitted throughout the estimated 10-year lifespans of these devices. This includes the carbon emitted during manufacture, during operation, for transportation and for disposal.

The carbon emitted during operation is straightforward to calculate. To read and write data, HDDs consume 4.2 Watts versus 1.3W for SSDs. The researchers calculate that a 1 terabyte HDD emits the equivalent of 159 kilograms of carbon dioxide during a 10-year operating lifespan. By comparison, a 1 terabyte SSD emits just 49.2 kg over 10 years.

But SSDs are significantly more carbon intensive to manufacture. That’s because the chip fabrication facilities for SSDs operate at extreme temperatures and pressures that are energy intensive to maintain. And bigger memories require more chips, which increases the footprint accordingly.

All this adds up to a significant carbon footprint for SSD manufacture. Tannu and Nair calculate that manufacturing a 1 terabyte SSD emits the equivalent of 320 kg of carbon dioxide. By comparison, a similar HDD emits just 40 kg.

So the lifetime footprint for a 1 terabyte SSD is 369.2 kg of carbon dioxide equivalent versus 199 kg for an HDD. So HDDs are much cleaner.

That’s a counterintuitive result with important implications. At the very least, it suggests that computer manufacturers and cloud data storage operators should reconsider the way they use SSDs and HDDs.

Data center operators could reduce their footprint by changing the way they use SSDs, say the researchers. For example, the life of SSDs could be extended by introducing better strategies for reading and writing data so all the data cells wear out uniformly. Better error correcting codes could allow SSDs to operate with damaged memory cells and thereby extend their life. Data centers could also use HDDs for less demanding memory operations.

Nevertheless, the clear message from this study is that the carbon footprint of any computer-related operation depends on many factors beyond the carbon emitted while they are switched on. Indeed, this turns out to be a relatively small fraction. That implies that much more nuanced thinking must be applied to reduce the carbon costs of these systems in future and that the potential reductions could be significant.

With the IT industry accounting for 2 per cent of global carbon emissions and with these emissions set to double over the next ten years, this new thinking will be needed sooner rather than later.