Meet the AI-Controlled Drone That Flies Faster Than Human Pilots

Scientists created an algorithm that helped the drone find the fastest path for navigating an indoor racetrack — outstripping the times of two professional drone pilots. 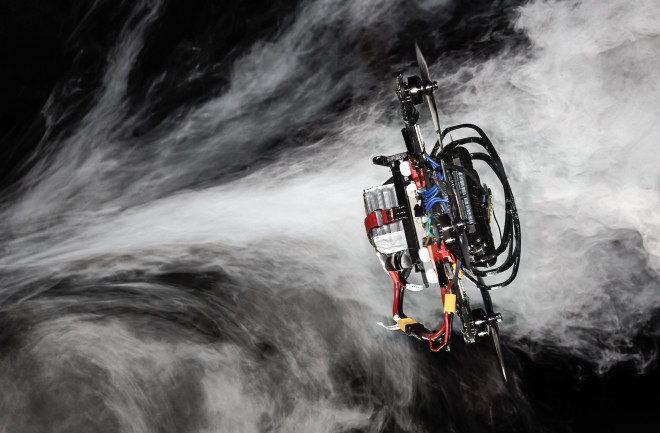 (Image by Leonard Bauersfeld/Robotics and Perception Group, University of Zurich)

Human drone pilots have always been more efficient than their robotic counterparts — until now. Researchers at the University of Zurich created an algorithm that finds the quickest path for a drone navigating a 3D racecourse in an indoor flight arena. The algorithm beat two professional drone pilots’ times, according to a study published in Science Robotics this past July. And it can replicate that ideal route exactly, which is something humans can’t do. There’s still one way that we have the upper hand over machines, though: Humans can think on the fly, while the algorithm currently needs about an hour to calculate its trajectory. But if that problem can be solved, we may one day see algorithm-controlled drones delivering our packages.

Scientists Are Trying to Give Robots Social Skills