How Does 3D Printing Actually Work and What Can You Make?

3D printing has been around since the 1980s and is now accessible more than ever. 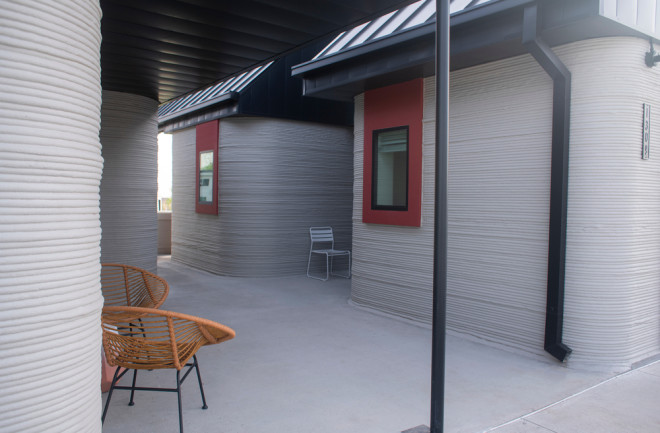 Three-dimensional (3D) printing, also known as additive manufacturing or rapid prototyping, is the process of creating three-dimensional objects from digital files. Working on one layer at a time, 3D printers can create complex shapes at a speed that rivals traditional manufacturing methods. A short list below shows what 3D printers can make and scientists are already working on making human organs and skin:

The U.S. Department of Energy says in an article, “3D printing has the potential to revolutionize manufacturing, allowing companies (and individuals) to design and produce products in new ways while also reducing material waste, saving energy and shortening the time needed to bring products to market.” Depending on the size and complexity of the project, it could take a 3D printer from minutes to days to produce an object.

While it may seem that 3D printing just hit the scene a few years ago, it’s been around for more than 50 years. It was the expiration of patents — first issued in the 1980s — that changed everything from accessibility to price. As a result, in 2009, the price of 3D printers fell from approximately $10,000 to under $1,000. And Do-It-Yourself kits allowed people to build their own 3D printers. By 2019, as more patents expired, more than 170 3D printer manufacturers entered the market.

The Science Behind 3D Printers

As regular inkjet printers lay down a single layer of ink on a piece of paper to form an image, 3D printers add multiple layers of material on top each other. Based on a design uploaded from a digital file, the 3D printer creates a blueprint of the object’s design from computer-aided design software. The U.S. Department of Energy compares 3D printing to rock formations, like stalactites and stalagmites. Dripping water forms these rocks as mineral deposits thinly layer on top of each other. In 3D printing, instead of mineral deposits, thin layers of plastic, metal, ceramic or even cells form until the object is finished, based on the design software.

Because the price of 3D printers continues to drop, innovators continue to expand the list of materials to use — from chocolate and other food items, to human cells. And, while it’s fun to find restaurants that will serve you 3D printed food, 3D printing is changing the course of medical technology and even space exploration.

At Walter Reed Army Medical Center in Washington, D.C., for example, they use 3D printers to create customized prosthetics and implants. Soldiers with head injuries are receiving 3D printed cranial implants made of titanium. And, though we are not there yet, researchers are working on ways to 3D print human organs with living cells, creating livers or kidneys for those needing transplants.

“The printer moves a steel rail back and forth between columns that straddle the building site. Following automated plans, it lays a line of wet concrete a few inches thick as it goes. Then it coils one layer on top of the last, building up the interior and exterior walls of the 1,700-square-foot three-bedroom,” NPR reports in an article. Habitat for Humanity has built one 3D printed house is Arizona and another in Virginia.

If you’re thinking of investing in a 3D printer at home, you can find them online at big box stores and even brick and mortars. Or, if you don’t want to make the investment, there are dozens of online printing services that will allow you to order personalized 3D items.