5 Inventions That Were Discovered by Accident

From the Microwave to Vaseline, these inventions have helped society, but started out as unintended discoveries. 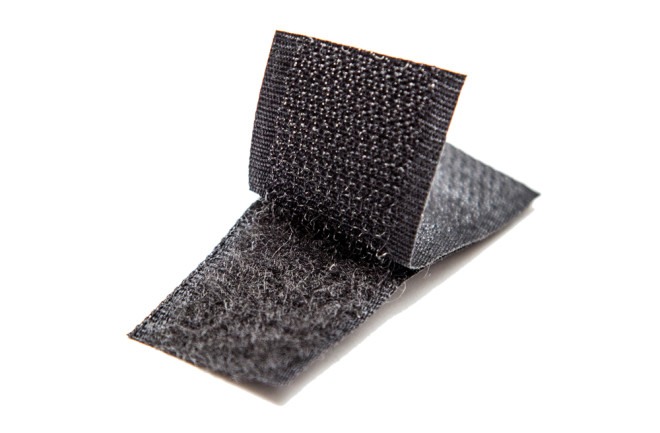 The ingenuity of human inventions spans history. From the use of stone tools nearly three million years ago to modern inventions like electric cars and 3D printers — humans have always set out to find a better way to do things.

Most inventions or discoveries have been the result of an intentional pursuit. However, some of the inventions we rely on today are the work of pure accident. Here are five accidental inventions.

A self-taught engineer with a fifth-grade education is responsible for the microwave oven. After being hired as Raytheon's fourth employee in 1925, Percy Spencer became an expert in vacuum tubes — leading to his work with magnetrons. In 1945, while standing near an active magnetron, a chocolate bar melted in his pocket — and a new idea was born. Spencer went on to develop the microwave oven for Raytheon, earning a mere two dollars for the patent.

The invention was not a commercial success for Raytheon due to the large size and high expense of the first microwaves. But it eventually caught on by the 1970s, and many American homes had a microwave oven.

In 1928, a Scottish doctor and microbiologist, Alexander Fleming, unwittingly discovered what would become the world's first proper antibiotic. After returning from a vacation, he found mold growing in a petri dish of staph bacteria. He noticed the bacteria close to the mold were dead, which led him to realize a particular mold chemical could defend against bacterial infections.

He named it named penicillin. But it was challenging to grow enough of it in the lab, and it wasn't until the 1940s, after the use of fermentation tanks, that penicillin became widely available. In 2017, a preserved specimen of Fleming's mold, along with his signature and inscription, sold for £24,375 — about $28,800.

While working at DuPont as a chemist, Roy J. Plunkett was involved in researching refrigerants. In 1938, he discovered that a frozen sample of tetrafluoroethylene had unexpectedly become a white, waxy polymer called polytetrafluoroethylene (or PTFE). Eventually, given the brand name Teflon, he found PTFE was non-reactive to almost all chemicals. Incredibly slippery, this material had a wide variety of applications.

Though it's mostly known for its use in nonstick cookware, PTFE is a valuable resource in the aerospace, automotive, industrial and pharmaceutical industries. Plunkett was awarded the John Scott Medal in 1951, and ceremony attendees were gifted Teflon-coated muffin tins. Many years later, in 1985, Plunkett was inducted into the National Inventors Hall of Fame.

Vaseline began in a Pennsylvania oil field in 1959, when chemist Robert Chesbrough discovered that oil workers were using residue called "rod wax" to treat their burns and cuts. Over the next ten years, Chesbrough refined his process to extract and purify the material into petroleum jelly. To create interest in his product, Chesbrough would burn his own skin and apply the petroleum, showing previous burns that healed thanks to his creation.

If you think that's strange, he believed so much in its healing powers that he ate a spoonful of Vaseline every day until his death at 96. According to the manufacturer, Vaseline meets FDA requirements as being safe for human consumption — although they stress that it is for topical use and that you shouldn't consume it.

In 1948, Swiss engineer George de Mestral returned from hiking with his dog to find they were both covered with burrs. While examining them under a microscope, he discovered that burrs have tiny hooks that stick to hair, fur or clothing fibers. This discovery inspired him to create a fastening tape system with similar interlocking hooks and loops.

The name "Velcro" is a combination of the French words for "velour and crochet," meaning "velvet and hooks." Made primarily from nylon, it took several years to hone, but it was perfected and patented in 1955. Velcro is now an essential component for everything from bundling electrical cords to securing items on space missions.

More From Discover
Health
Is Vitamin C Actually an Effective Cold Remedy?
Mind
What Is Emotional Blunting, and Do Antidepressants Cause It?
Health
What New Variants Of COVID-19 Are Currently Circulating?
Health
Why Eating Disorders Are so Difficult to Treat
Health
The Origins of Organ Transplantation
Health
Beer Hops May Fend Off Alzheimer’s
Recommendations From Our Store
My Science ShopDiscover STEM Kits
My Science ShopDiscover 2022 Calendar
My Science ShopStrange Science
My Science ShopElements Flashcards
Shop Now
Stay Curious
Join
Our List