The Secret Science of Fairy Circles

The cause of the mysterious desert phenomenon has baffled researchers for decades. 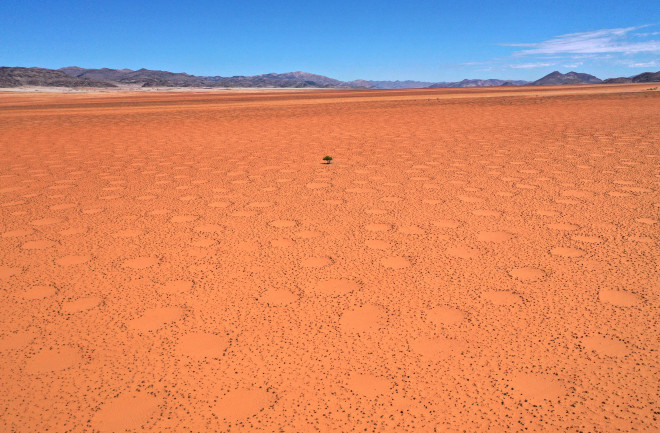 The origins of this desert grassland phenomenon — equally spaced 10- to-50-foot barren patches called fairy circles — have long confounded scientists. Millions of these circular spots stretch across the fringes of certain deserts in western Australia, as well as Namibia (pictured above) and other parts of southern Africa. In 1979, South African botanist G.K. Theron suggested that dying shrubs may poison the sandy soil and curb grass growth, leaving the circles behind. But this theory doesn’t hold water, according to researchers from Germany’s University of Göttingen. The team visited four decomposed shrub locations once observed by Theron and failed to find fairy circles there. A more likely cause? Certain desert grasses build a perfect circle to maximize their water consumption and stave off competition, the scientists suggest, in a clever feat of natural engineering.

How Fishing Vessels Keep Dolphins From Getting Caught in Nets