Stonehenge May Be an Ancient Solar Calendar

A new study explains how the ancient solar calendar may have worked at Stonehenge — and why it was constructed in the first place. 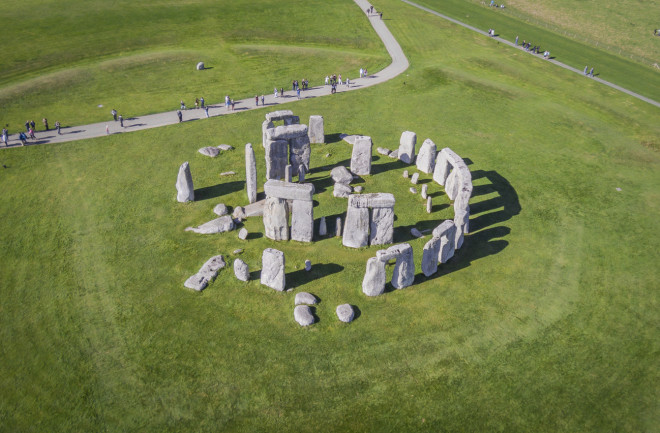 Stonehenge has always been shrouded in mystery. The ancient monument and burial site in southern England has been around for more than 5,000 years — but its purpose isn’t completely clear. Researchers have long speculated the enormous stones were erected in the shape of an ancient calendar, but no one could explain how it worked.

Then came the COVID-19 pandemic, and with it a chance for Stonehenge expert Timothy Darvill to visit the site during the day when the sun was shining and tourists were scarce. He had more time than he ever thought possible to contemplate a possible calendar design. Then one day it came to him.

How the Solar Calendar Works

His findings, published in the journal Antiquity earlier this year, suggest not only that Stonehenge was an ancient solar calendar, but also how it worked and why it mattered. According to the study, a ring of 30 upright sarsen stones once stood in a circle representing each day of the month (for a total of 360 days each year). While some are now missing, excavation shows they were once present in uniform size and shape.

The central stone structure at Stonehenge as it survives today. (Credit: Nightdevil/Wikimedia Commons/CC-BY-SA-4.0)

The additional five days needed to be consistent with the solar year are found in five structures in the Trilithon Horseshoe, within the center of Stonehenge. Four stones on the outside of the circle track the leap year every four years. The top of the circle is thought to illuminate the summer solstice and the bottom, the winter solstice. The way the sun shines through the monument told ancient peoples the timing of each solstice and when the auspicious days of a harvest festival would have been celebrated.

“If you go to Stonehenge, you can pick out which sarsen stone represents the current day within the month. It all works quite nicely,” says Darvill. While he thinks he’s figured out how the calendar works, however, the purpose of it is much more complicated. That’s because while Stonehenge is a calendar, it’s not just a calendar; it was also a meeting place where people came from near and far to be close to the gods. “It’s about being at the right place at the right time,” says Darvill.

Who Needs a Calendar?

Some researchers have suggested that calendars such as this one were needed to know when to plant and harvest crops, but Darvill disputes this idea. “Any self-respecting farmer already knows when to plant and harvest, which is not the exact same time each year,” he says. “You need a calendar to know when the harvest festival is so you can be there when the gods are receiving the produce of the year and promising a good harvest.”

Calendars are additionally a way of controlling society, he says, and Stonehenge is no different. Churches and temples always have clocks so that their followers know when to worship and when their god is present. But cracking the code of Stonehenge is also about realizing that it didn’t have one singular purpose — it had many purposes.

A church involves worship, service, celebration, burial, art and architecture, and much of the same is true of Stonehenge. It was always a multipurpose prehistoric monument that likely meant different things to different people and to different generations, Darvill says. “Embedded in Stonehenge is all the bits and pieces that it needs to fulfill all the functions it had.”

He adds that in its earliest days, Stonehenge was likely not a calendar but more of a burial site. Over time, the sarsens were likely designed so that the harvest festival could be celebrated at the same time each year. Ancient peoples constructed the calendar at a time when they worshipped the sun. Additionally, burials show that people once traveled long distances to worship there. It was a monument to all of Europe, not just to the locale where it was erected.

Read More: What Was Stongehenge Like Before It Was Built?

Stonehenge will always be somewhat of an enigma: giant stones — each weighing upward of 20 tons — brought to the middle of nowhere, then shaped and designed to mimic the days and months of the year. People coming from all over Europe to worship and be together based on a religion we know precious little about. Researchers are only beginning to pull back the curtain on a mystery that’s over 5,000 years old.