Minerals Reveal a New Understanding of Original Life on Earth

A new approach to mineralogy attests to mineral diversity and could advance scientists’ understandings about life on Earth and other planets. 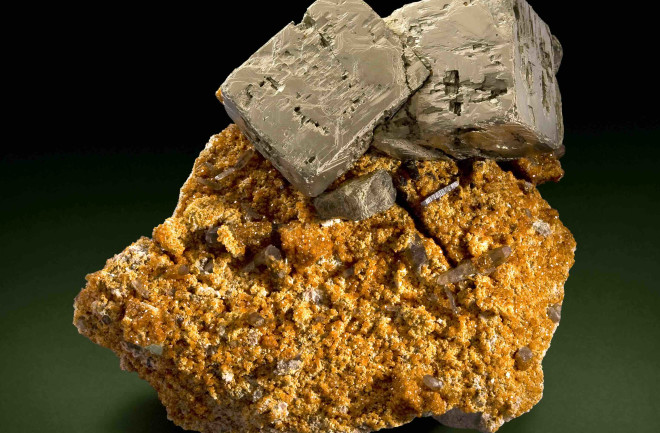 (Credit: ARKENSTONE/Rob Lavinsky) Nature has used 21 different ways over the last 4.5 billion years to create pyrite (aka Fool’s Gold) -- the mineral world’s champion of diverse origins. Pyrite forms at high temperature and low, with and without water, with the help of microbes and in harsh environments where life plays no role whatsoever.

Quartz, diamond, calcite and pyrite are a few of the most famous mineral "species,” according to traditional systems of classification. Yet, two papers published in American Mineralogist have advanced a new system to categorize minerals – one that considers mineral structure and the circumstances of mineral formation.

This new approach demonstrates the diversity of the substances on our planet, and advances scientists’ understandings of life on our own planet, as well as the potential for life on others.

Mineralogy Near and Far

Sorting minerals according to their structure and their origins is a substantial shift in the field. “No one has undertaken this huge task before,” says co-author Robert Hazen in a press release, a staff scientist at the Carnegie Institution for Science’s Earth and Planets Laboratory, which will undoubtedly create novel understandings about life on Earth.

In classifying minerals according to their formation, for instance, the team found that the mineral diversity of Earth mostly arose in its initial years of existence. Starting as early as 4.5 billion years ago, activities such as the formation and the first movements of the continental crust contributed to above average variety in mineral formation.

The team also found that the presence of water contributed massively to mineral diversity. Since its appearance on the planet, approximately 4.45 billion years ago, water has participated in the formation of more than 80 percent of all mineral species.

These findings suggest many of the minerals involved in the formation of life appeared on Earth in its earliest years. They also support the theory that the planet’s wealth of minerals and water fostered its first forms of life some 3.7 billion years ago. Perhaps more groundbreaking still is these findings help us understand the potential of life in more homogenous mineral landscapes, such as the moon, Mars and beyond. Studying minerals in this new way, the study authors argue, will allow scientists to see space minerology through a completely new lens.

“Minerals can be key to reconstructing the entire ‘past life’ and predicting the ‘future life’ of Earth,” concludes Anhuai Lu in a commentary about the research, the president of the International Mineralogical Association. “[Minerals also] offer a novel path for us to be able to explore deep space and search for extraterrestrial life and habitable planets in the future.”

In traditional mineralogy, experts define minerals as solid substances with a distinctive chemical composition and a crystalline atomic arrangement. Accordingly, scientists have described almost as many as 6,000 distinct mineral “species” since the 1800s. The International Mineralogical Association (IMA) identifies each as unique based on their specific composition and structure.

Wanting to change the traditional classification system, a team of specialists fronted by the Carnegie Institution for Science has proposed that mineralogists take the processes and the time periods in which mineral species were formed into account while cataloguing materials. The scientists assembled a database of all known minerals and the details of their origins.They then described more than 10,500 distinct “mineral kinds,” which is approximately 75 percent more distinct variations as those identified through the traditional IMA “species” system.

More Than One Way to Make a Mineral

According to these scientists, the approximately 6,000 traditional mineral species take shape through almost 60 discrete processes, also known as “paragenetic modes.” Around 40 percent of these species arise through more than one mode. Meaning, the same chemical compositions and crystal structures can materialize through several separate physical, chemical and biological mechanisms. These mechanisms include time-consuming transformations in intense temperature and pressure conditions, immediate transformations in meteor impacts and almost anything in between.

Also considering these almost 60 paragenetic modes, the study authors argue that new classification systems should incorporate the time periods in which different minerals developed. This would distinguish, for instance, between those formed in the early history of the Earth and those formed in more modern times.

“This work fundamentally changes our view of the diversity of minerals on the planet,” says Hazen in a press release. “Each mineral specimen has a history. Each tells a story. Each is a time capsule that reveals Earth's past as nothing else can.”