How Does Your Dog Understand You?

Research shows dogs can process both information and emotion behind our commands, and even some non-verbal cues. 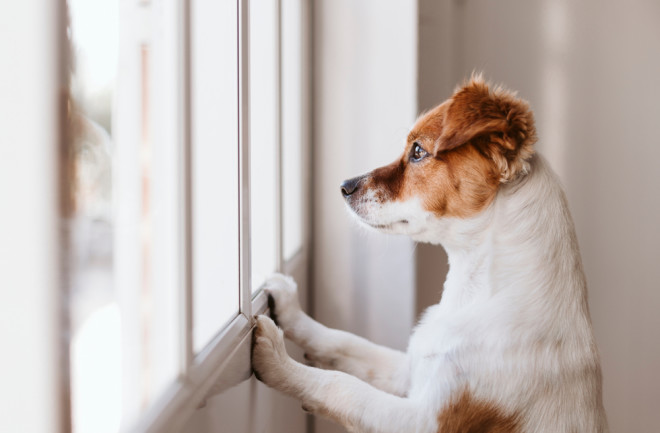 Your dog might understand more than you realize. There are the wonder pups who appear on social media that memorized an endless list of toys and tricks, but they aren’t the only smart canines out there. Even the average family pet has the capacity to learn up to about 90 human words or phrases, and smarter dogs can learn up to around 200, according to a study published in Applied Animal Behaviour Science in 2001.

But this raises a question. Dogs don’t have a language. Wolves don’t give each other directions or recite poetry. What exactly are dogs picking up on when we try to communicate with them? Researchers have tried answering this question for years and recent research is getting us closer.

Scientists have recently started using scanning machines like MRIs to look beyond behavior and inside the canine brain. In 2020, scientists trained 12 pet dogs to lay still inside the test chamber of an MRI. They then played a recording of a trainer either praising the dog — saying clever or well done — or neutral words. The trainer also varied their tone between enthusiastic and neutral.

The scientists found that, as the dog listened to the human’s words, multiple parts of their brain lit up. Parts of the cortex activated, where they were processing the information inherent in the words. But other parts in the subcortex seemed to come online first, where they were processing the emotional information in the trainer’s tone, similar to how humans process speech ourselves.

Other studies, meanwhile, have researched what happens if a dog hears a word they don’t know or even what happens when the dog sees images of their caregivers or strangers. The brain areas responsible for emotion, attachment, and reward activated when they saw pictures of people.

Studying the brain reveals that dogs seem to process both the information and emotion behind human speech, but studies have also found that dogs are masters of picking up on non-verbal cues. Researchers show that dogs can pick on body language, for instance, as well as facial expressions.

And dogs are especially good at reading gestures like pointing. Experiments where humans point to a container with a treat or toy inside have shown that dogs can quickly pick up on non-verbal cues, says Monique Udell, an animal behaviorist at Oregon State University. They can even figure out novel movements, like pointing with toes instead of your fingers.

Of course, the degree to which a dog can pick up on these cues depends on how humans give them. Bigger, more obvious gestures can easily capture a dog’s attention (the dog voice, “who’s a good boy?” may work). It may also depend on who’s speaking to the dog, says Udell. A dog may more easily pick up on subtle signals from a human it knows well, compared to a stranger.

“Not every dog is as responsive to certain types of gestures as others,” says Udell. Some may respond better to sounds, while others are more visual or olfactory. “Every dog is different. Even in the research, you see that.”

Genetics may explain an individual dog’s sensitivity to gestures. In 2021, researchers including the University of Arizona’s Evan MacLean, found that puppies as young as eight-weeks-old with little exposure to humans can understand pointing. But they also found that, when looking at differences in one puppy versus another, genetic factors contributed to nearly half of the difference in their ability to understand pointing says MacLean. More research could help scientists understand how dogs evolved alongside humans or why certain breeds are more or less suited to learning lots of commands.

There are still some big, unanswered questions in how dogs understand us. The largest is can dogs recognize that humans have minds just as their own? Researchers call this the ‘theory of mind.’

For instance, if an owner points to a hidden toy and says its name, can the dog understand that the human knows where that toy is? Or is the dog just following the cues from the human, not knowing what they’ll find there?

Researchers would find an answer to this monumental, but unfortunately, this kind of work is hard to do. And experiments to find evidence for this can be tricky to design, says MacLean. Nevertheless, some studies have offered clues. In one experiment published in 2012, researchers put dogs in a darkened room with a human. The dogs seemed more hesitant to sneak a treat when there was a spotlight on it, suggesting that they in some way, may have known that the human could see them steal it. Other studies have found similar results.

This hasn’t put the question to rest, however, and the topic is still actively debated in both dogs and other animals.

MacLean says it’s also important to remember that animal minds may not exactly match up to human ones. A non-human species may have some components of a theory of mind, for example, but not others.

Yes, You Can Control Your Dreams: The Strange Science of Lucid Dreaming