Determining if Dementia Is Uniquely Human

It’s tricky mapping non-human animal behaviors to our own. It’s even trickier linking those behaviors to changes in the brain. 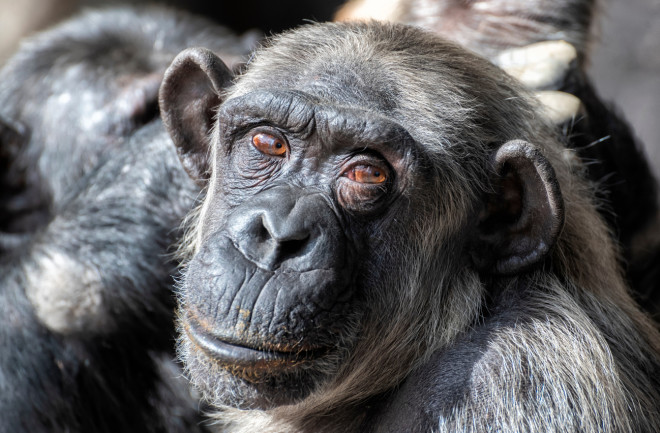 More than 55 million people currently live with dementia worldwide, according to the World Health Organization. But do non-human animals experience this loss of cognitive function as well? That’s a tricky question.

Wild animals probably don’t develop dementia — at least not for very long. “At the first sign of cognitive problems, the animal would no longer be able to survive,” explains bioenterologist Steven Austad, co-director of the Nathan Shock Center for the Biology of Aging at the University of Alabama at Birmingham. “If an animal couldn’t remember where to hunt or remember to run from a predator, it would probably have a very short life.”

Even for wild animals kept in zoos, research facilities and sanctuaries, which are cared for and therefore tend to live longer, there’s little evidence to indicate that they develop dementia. But that doesn’t mean animals never develop the neurological changes associated with dementia. In fact, some animals undergo brain changes similar to those seen in patients with Alzheimer’s disease, the most common cause of dementia in humans.

In 2017, a team of researchers from across the U.S. found amyloid beta plaques and neurofibrillary tangles (tau tangles) — distinctive features of Alzheimer’s pathology —  in the brains of deceased chimpanzees, our closest living relatives though the plaques and tangles in the chimp brains showed some slight molecular differences from those in humans. Amyloid beta was already known to be common in other non-human primates, such as rhesus monkeys and baboons, but tau tangles were not.

Intriguing as this is, it doesn’t mean these chimps had Alzheimer’s disease — or anything like it. Lary Walker, a neuroscientist who studies Alzheimer’s disease at Emory University’s Yerkes Primate Research Center, points out that all primates show evidence of cognitive decline as they age. However, he adds, this is not dementia.

While old age is associated with some cognitive decline in all primates, “linking that to specific areas of the brain or specific changes in the brain,” he says, “has been a bit of a challenge.”

In a 2017 paper, Walker and Swiss neuroscientist Mathias Jucker emphasize that non-human primates lack some of the abilities, such as language, that are key to diagnosing dementia in humans. In addition, a key element of dementia in humans is interference with the tasks of daily living. Making this determination for non-human primates would require close behavioral studies and, according to Walker, such studies of aged great apes are few and far between.

(All research on living chimpanzees ended in 2015, when the apes were declared an endangered species, though some continue to live at research centers. The National Chimpanzee Brain Resource collects neuroimaging data and post-mortem brain tissue of primates that die in captivity at zoos and research centers.)

What about the other primates? At only three inches tall, the grey mouse lemur is a tiny (and yes, adorable) primate native to Madagascar. Its brain shows many changes during aging that are similar to the changes in aging human brains, says Fabien Pifferi, who studies the critters at the French National Center for Scientific Research in Brunoy.

Aging lemurs also show behavioral changes like those in aging humans. An aging mouse lemur retains the ability to learn, for example, but long-term memory is impaired. “In some aspects, this is comparable to what happens during mild cognitive decline in humans,” says Pifferi.

This is not Alzheimer’s disease and would not meet the criteria for dementia in a human. However, the teeny-tiny lemur could be a big help in studying human dementia. For one thing, Pifferi points out, grey mouse lemurs naturally express amyloid beta and tau proteins. This makes them a “natural” model of Alzheimer’s disease, as opposed to genetic models such as mice, that must be genetically modified to express these markers.

So far, the lemurs have offered some hints that might be helpful to their human cousins. “We can definitely say that activity level and nutrition, both quantity and quality, play a role in cognitive decline in our lemurs,” says Pifferi. “In a few words: Too many calories are bad; too little activity is bad.”

Though the grey mouse lemur might be useful in studying dementia in humans, Walker says he’s unaware of any case of a non-human primate meeting the criteria for dementia — so far. “I wouldn’t be surprised if at some point, dementia is discovered in a non-human primate, especially a great ape,” says Walker. “But so far, we just haven’t seen it.”

Particularly due to the absence of a common language, it’s difficult to determine which animal behaviors map to human behavior in a way that would allow researchers to call it dementia. Pets, however, are another matter.

Aging dogs can develop canine cognitive dysfunction (CCD), sometimes known as “doggie dementia.” The brains of dogs with CCD show only amyloid beta plaques, not tau tangles, but their symptoms are similar to the symptoms of dementia in humans, explains Elizabeth Head, director of the graduate program in experimental pathology at the University of California, Irvine.

“They’ll forget how to signal that they need to go out,” Head says. “In the more severe stages of the disease, they can become incontinent and may not recognize people.” She points out that because dogs live closely with humans, any behavioral changes or other symptoms of dementia would be easy to spot. The same goes for cats.

On the bright side, the fact that so many of our beloved pets experience these changes indicates they’re living to ripe old ages. And unlike in the wild, where the odds of surviving cognitive dysfunction are much lower, there are things you can do to ensure they stay happy and healthy: regular exercise, mental stimulation (teach the old dog new tricks!), and a diet rich in vitamin E, vitamin C and antioxidants are key.

How Intelligence Is Measured In The Animal Kingdom

Your Guide to Conquering the Caffeine Crash

More From Discover
Mind
How Failing Could Actually Help us Succeed
The Sciences
How a Zombie-Ant Fungus Can Infect a Host
Mind
Video Games May Have Negative Effects on the Brain
Mind
What Is Emotional Blunting, and Do Antidepressants Cause It?
Technology
AI and the Human Brain: How Similar Are They?
Health
There's a New FDA-Approved Drug to Treat Alzheimer’s
Recommendations From Our Store
My Science ShopDiscover STEM Kits
My Science ShopDiscover 2022 Calendar
My Science ShopStrange Science
My Science ShopElements Flashcards
Shop Now
Stay Curious
Join
Our List