Orcas Have Social Trends Like Us, And This One Could Get Dangerous For Boats

Killer whales are ramming into boats off coast of Europe, and scientists don’t understand why. 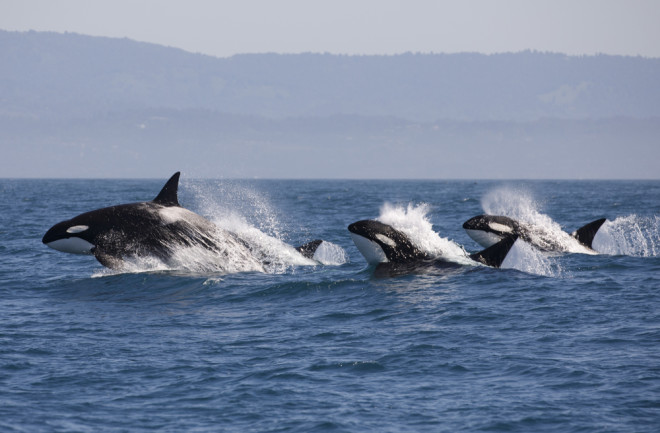 Off the western coast of Europe – running from Portugal, Spain and France – orcas are ramming into boats. Over the past few years, this activity has led to temporary bans on small boating activities in some areas. But scientists are puzzled as to why the killer whales are doing this in the first place.

According to reports, the orcas ram small boats repeatedly, and almost always go for the rudder – snapping, cracking or otherwise breaking it. Some have to tow the ships into the harbor because the damage is so severe, and a few ships have even sunk.

“At this time, there may be at least 15 orcas, from six different groups, which are actively participating, or [acting] as observers,” Alfredo López explains, a biologist from the University of Santiago and a member of the Grupo de trabajo Orca Atlántica, an organization that is monitoring the situation.

Some researchers argue that the orcas may like the feel of bubbles from propellers on their face. The whales get frustrated when the propellers aren’t running, leading them to cause damage. But López has two different hypotheses: self-learned behavior or a form of defense against the boats.

A recent study in the journal Marine Mammal Science, suggests that bad past experiences with boats or just “the natural curiosity of these animals” could lie behind the behavior. López was a co-author on the paper. His organization gathered data on 239 cases that occurred between 2020 and 2021. Though importantly, not all have been at the same intensity. In some instances, orcas did not damage boats.

The orca group in question is tiny and this subpopulation is considered critically endangered. Only around 30 of the whales roam these waters and not all of them are taking part in the so-called “disruptive behaviors.” In 2020, nine orcas that were split into two groups took part. One of those groups consisted completely of juveniles.

Orcas are social creatures and trends can come and go amongst groups. Some fads spread among pods, then disappear just as quickly. Back in 1987, one orca from a group known as the Southern Residents began swimming with a dead salmon plonked on its head. Over time, other orcas in the area picked up this macabre act. Then it stopped.

Experts aren’t sure why this salmon-cap fad started, nor why it stopped. More recently, a young orca named Alder was spotted carrying out a similar fish-balancing act on his nose.

Some have even observed another group of orcas rubbing themselves on the pebbly shallows of a beach near Vancouver Island. But again, experts don’t fully understand why.

Jared Towers, director of Bay Cetology, has observed orcas interacting with crab and prawn fishing gear off the west coast of America. “They're wrapping themselves up in the lines, they're picking up crab pots or prawn traps in their mouth, and moving them to different locations,” he says. There doesn’t appear to be any reason for it, as orcas eat neither crabs or prawns. In short, it’s possibly some kind of game.

Towers states that the orcas off the coast of Europe may be engaging in similar behavior and highly doubts it is an example of any form of aggression, but it’s hard to be sure. “The behavior is really anyone's guess. We're not inside the heads of these whales,” says Towers.

“Killer whales do have fads that come and go, and they're often most prevalent among certain sex and age classes in the population. Then, over time, they tend to disappear,” Towers continues. Specifically, juvenile male orcas pick up these “fads,” which they may grow out of as they age.

“I'm certainly hoping that's what happens with this behavior. But it's been going on for a few years now. So, we're not quite sure what to expect,” says Towers.

Of course, this potential trend has consequences for both sides, López says. There has been considerable damage to sailboats and although there have been no human fatalities, the experience has proven traumatic for some.

“[W]e have also found some wounded killer whales as well, and at least two deaths during these two years, although we cannot relate them to these activities,” López continues.

As such, López urges humans to understand orca behavior and also adapt to their needs by changing shipping routes, for example. “This behavior is the result of the last 100 years of relationship with orcas. Let us reflect on what we have done and what we want to do, not only with orcas but with the planet,” he says. “Give them space to develop their lives.”