A Penguin Meets A Drone 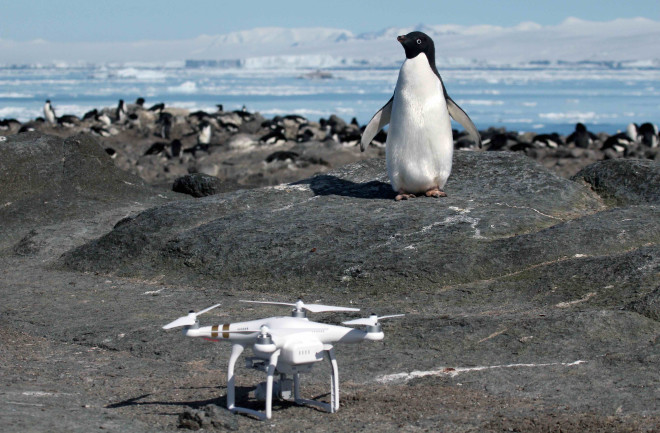 An Adélie penguin waddles up from its colony on Antarctica’s tiny Brash Island for a closer look at a quadcopter, which scientists had landed only about 30 seconds earlier. “Adélie penguins have no natural land predators in Antarctica,” says Stony Brook University Ph.D. student Rachael Herman, explaining why they can be indifferent or curious about human activity. Drones such as this one were novel tools for Herman and her multi-institution team, which determined that the Adélie colonies on this remote island chain were far larger than previously thought.