5 Incredible Natural Phenomena That Don't Seem to be Real

Blood falls, moonbows and turquoise ice are just a few of these incredible phenomena. 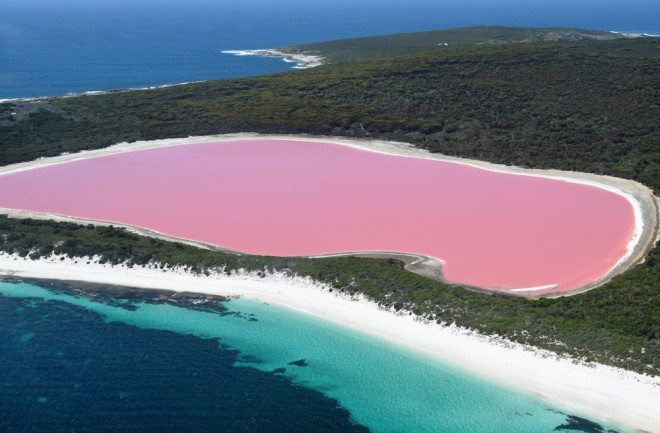 From a liquid rainbow to ice spikes known as penitentes, there are many incredible natural phenomena to find around the world. Whether it’s in the sky, on land, or in water — there is beauty and wonder in what the natural world can produce. Here are five of the most interesting natural phenomena.

The McMurdo Dry Valleys in Antarctica are known as the driest place on Earth. The area hasn’t had any rain in millions of years. But while there may be no rain, this extreme desert does have a five-story tall waterfall that resembles oozing blood.

The appropriately named “Blood Falls” is the result of an underground saltwater lake that was trapped by a glacier millions of years ago. Large amounts of iron in the water turn it red when exposed to air. The water is twice as salty as seawater, which keeps it from freezing. And even though the water of Blood Falls contains almost no oxygen, it does have almost 20 types of microorganisms.

A moonbow is a rare lunar rainbow, that occurs several hours before or after sunset. They occur only about 10 percent as often as rainbows and the conditions need to be just right. For one, there must be a full (or almost) moon, a dark sky, a moon that is less than 42 degrees above the horizon and a source of water droplets in the air — waterfall or rain — in the opposite direction of the moon.

Two places where moonbows are more common are Cumberland Falls, Kentucky, and Victoria Falls, in Southern Africa. They’re more likely to be seen in the summer months. They used to be visible at Niagara Falls, but can no longer be seen because of the bright lights of nearby cities.

Lake Hillier is located in an archipelago off the south coast of Australia. Although not very large, this saline lake does have a notable characteristic — it’s pink. The unusual color is due to the presence of microorganisms, which are comprised of bacteria and algae.

It was first discovered in 1802 by navigator Matthew Flinders, who charted most of Australia’s coast. There are other pink lakes in the world, but they change color depending on factors such as temperature. Lake Hillier, however, remains pink all the time, even when water is removed and bottled. The lake has a high saline content, similar to that of the Dead Sea. The only way to see Lake Hillier is by helicopter, plane or boat tour.

Known as the “Drainpipe of the Pacific,” Thor’s Well on coastal Oregon appears to be a bottomless pit. But it’s actually a 20-foot-deep hole in the rocks that looks like it’s draining ocean water.

First believed to be a sinkhole, it was formed by a sea cave when erosion caused the cave to collapse. This created openings at the bottom and top — which allows ocean water to move through the holes. The tide pushes water from the bottom hole and sends it out through the top, reaching heights of 40 feet (during high tide). Thor’s Well is easily accessible and attracts many visitors each year, but visitors are warned not to get too close.

Lake Baikal is found in Siberia and has many things that make it highly unusual. But nothing beats the breathtaking turquoise ice that forms in March each year. Formed by a combination of weather factors, the ice cracks and turquoise-colored shards protrude through the top of the lake.

Known as the “Galapagos of Russia,” because of its impressive biodiversity — Lake Baikal has thousands of species of plants and animals. It’s also the world’s deepest and oldest freshwater lake. At least 25 million years old, this lake contains 20 percent of the world’s freshwater reserve. Unbelievably clear, some sections of the lake can have transparency of over 100 feet during the winter.