5 Animals Who Are Impressive Architects

These animals have figured out how to engineer the best homes for themselves. 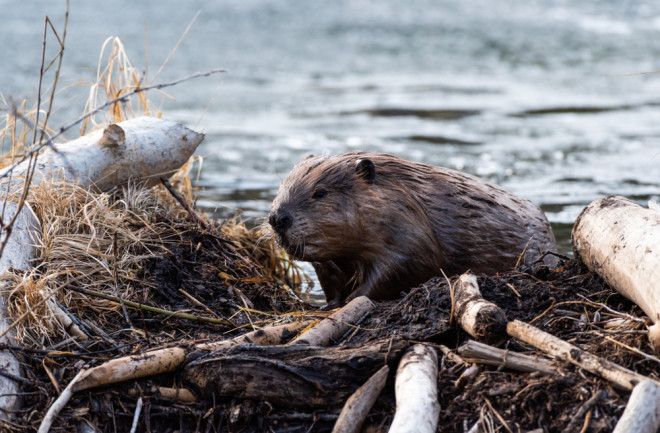 Many animals are experts at building structures — whether it’s to live in, a place to breed or for protection. Chimpanzees rebuild their nests each night until they are just right within the branches of a tree. Tiny animals called coral polyps are responsible for building coral reefs. And honey bees have hexagonal honeycombs within their hives to store honey and their brood. Of all the builders in the animal kingdom, here are five examples of animal architects.

Ant colonies are impressive works of engineering, housing thousands of ants. Each consists of  a queen, female worker ants and male ants. The queen’s purpose is to lay eggs, while the workers feed the larvae, tend to waste disposal and forage. The males mate with the queen. These underground cities include chambers with a connecting network of tunnels and typically only take a week to complete. Different chambers have specific uses, such as food storage, living space for offspring and resting areas. Ants also build ventilation turrets so they can maintain even temperature throughout the nest. Check out this video below, showing an excavation of a mega ant colony.

The semi-aquatic beaver is known as an ecosystem engineer — and for good reason. The dams they build serve as barriers to slow or block water, creating small ponds where they build their lodges. The largest rodent in the U.S., these sturdy architects weigh between 30 to 50 pounds. Using their sharp teeth, they cut down trees and use them to slow flowing water. Then, they add branches, sticks and mud to make it watertight. The largest beaver dam is located in Canada, is a half-mile long and is visible from space!

Birds can use just their beaks and feet to construct nests. They may use a range of materials, including dead leaves, pine needles, twigs, dead grass, straw, paper, spider webs, feathers, string and more. There’s quite a variety of nest designs, including  sphere, pendant, mound and platform, among others. The sociable weaver builds one of the most unusual types of nests. Used not only to accommodate breeding birds, these enormous nesting chambers provide a permanent home for the weavers — and can last up to a century. Social weavers are communal, living with up to 100 breeding pairs in a nest community. In total, the population can reach several hundred birds including offspring.

No species of termite in the U.S. build above-ground mounds. But some termite species in Africa, Australia and South America build gigantic mounds that can take years to complete and reach above 25 feet in height. Made from soil, saliva and dung — these intricate creations are more than just the above-ground tower. The real action takes place underground. The termites live in a nest located at ground level or lower. The mound itself is porous, allowing for outside air to help with ventilation and keep the nest from overheating. The queen's job is to produce new termites, which serve to maintain the nest. Incredibly, the queen can produce 30,000 eggs each day. In 2018, scientists discovered a metropolis of termite mounds approximately 4,000-year-old.

Although there are more than 30,000 species of wasp, the three main wasps are yellow jackets, hornet, and paper wasps. The honeycomb-shaped nest is started by the queen who, using her saliva,  chews wood fibers into pulp. Worker wasps then contribute to building the rest of the nest, creating a network of around 200 cells. The wasp colony is at its largest size in the summer months. In winter, most of the wasps die, leaving only the queen to eventually start a new nest as the weather warms. While she won’t return to an old nest, she may build a new nest in the same area.