Why The Paranormal And Supernatural Continue To Fascinate Us

More than 4 out of 10 Americans believe that ghosts or demons exist. Here's why we tend to believe in the supernatural and paranormal. 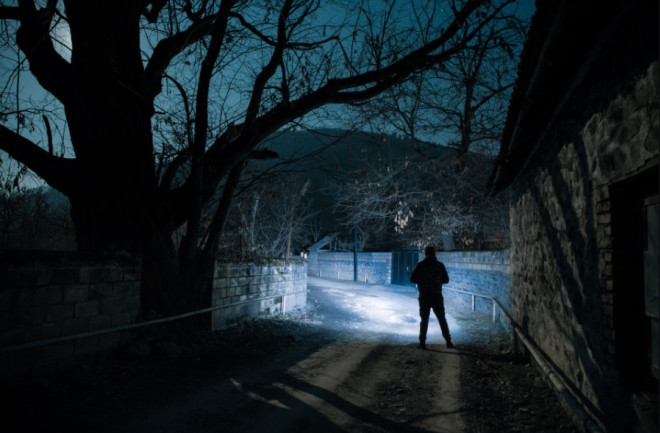 This article was originally published on October 15, 2020.

Stevens had obtained permission to search the premises after hours in 2006.

Her search uncovered no evidence of the paranormal. But just as she had finished up her investigation and was approaching a shop window, a loud bang startled her, as though someone had struck the glass from the inside.

The store, however, appeared to be empty. There was little explanation of what had caused the noise. What Stevens did know was that the site was constructed on the ruins of a castle built in the 12th century by Anglo-Saxons. Excavations of the surrounding town had found tombstones and burial sites.

Though Stevens has considered several possible explanations for that night, “we’ll never know for sure,” she says.

Belief in orthodox religions is on the decline, but beliefs in the supernatural are as popular as ever. More than 4 out of 10 Americans believe that ghosts or demons exist, according to a 2019 poll by YouGov, and over a third say they have felt the presence of a ghost or spirit. Such beliefs are equally popular in Britain, where people are more likely to believe in ghosts than a divine Creator.

While many scoff at tales of the supernatural, academia has not fully dismissed them. Specialists, like Christopher French, a psychologist heading up the Anomalistic Psychology Research Unit at London’s Goldsmiths University, investigates seemingly paranormal experiences to find the non-paranormal explanations behind them.

He believes experiences are often wrongly misinterpreted as paranormal due to tendencies bred into us through thousands of years of evolution to help keep us alive. “Our brains almost seem prewired for what I would call weird beliefs,” he says.

French cites Daniel Kahneman’s theory that we have two ways of thinking, a reactionary thought process that comes to decisions quickly but is sometimes flawed, and a more accurate but slower process.

Though we may see ourselves as rational beings, the reactionary way is our preferred mode of thinking, thanks to evolution, he says.

Consider a Stone Age man hearing a rustling in the bushes: “He can either immediately assume it’s a threat, some kind of predator, and get the hell out of there to survive another day,” French explains. “Or he can rely on system two, the slower, reliant-on-evidence kind of approach, and he may end up as lunch,” French explains.

That way of thinking would have helped humans escape potential predators, but it also means events can be misinterpreted.

Tangled up in this tendency are cognitive biases like patternicity: the tendency to see false connections in unrelated or meaningless data. It could explain why so many people claim that random events are proof of the recently deceased trying to contact them.

Pareidolia, the tendency to see recognizable patterns or objects in things, such as a face in a cloud, is another example. People are predisposed to seeing ghosts and ghouls where there aren’t any.

Then there is intentionality bias: “We have an underlying bias that when something happens, someone or something made it happen,” French says. The bushes are not swaying in the wind, they must be moving due to something more ominous.

Stevens, once a believer in the paranormal, is now a skeptic. She spends much of her time debunking paranormal theories on her blog, Hayley is a Ghost. Her posts explain how infrared sensors on camera phones bleach figures white and that the alleged baby jumping over a car is actually a moth, or the ghost flying around the table is in fact a fly.

Like French, she believes a number of cognitive flaws mean ghosts and ghouls are so often used to explain the otherwise seemingly unexplainable.

“There is a whole pot of biases and psychological priming there for the picking. If you go looking for a ghost, you’re probably going to find a ghost,” Stevens says.

Though everyone may share these biases, there is a “psychological profile” of an individual who is more likely to report paranormal experiences, says Ciarán O’Keeffe, a parapsychology researcher at Buckinghamshire New University: “[People with] a combination of hyper-sensitivity to bodily and environmental fluctuations, as well as the tendency to attribute ambiguous information to supernatural forces,” are more likely to report paranormal experiences.

Belief in ghosts and spirits seems to be as old as humans, just like our uncomfortable relationship with our own mortality. Incidentally, while paranormal experiences may provoke fright or adrenaline, they can also provide comfort as proof for life after death.

“At the root of all this, none of us likes the idea of [our own] mortality, and even more so perhaps that of our loved ones,” French says.