What’s Happening in Your Brain Moments Before Death?

A man’s sudden death during a routine brain scan has given researchers a glimpse of the dying human brain. 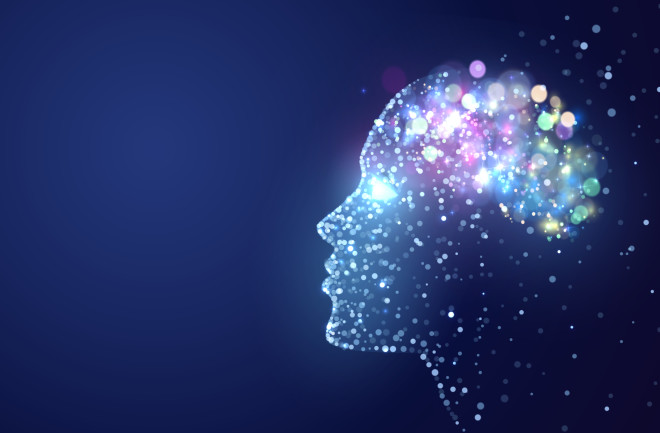 Imagine a trailer of your life playing moments before your death. Movies and shows have normalized this, often showcasing a character's best and worst moments right before they pass. But did you know that life might actually flash before our eyes when we die?

Researchers recently stumbled upon this discovery after an 87-year-old patient suffered a fatal heart attack while undergoing brain scans. The unexpected course of events left researchers to interpret the brain wave patterns of a dying human brain.

In the past, researchers have used accounts of individuals with near-death experiences to gain insight on what awaits us when we die. These subjective experiences have had some recurrent themes— a bright or mystical light, out-of-body experiences, encounters with deceased loved ones and life recall, which is characterized as a review of important life experiences. While we cannot fully answer what happens after we die, perhaps, this recent recording of a dying human brain can shed light on what’s happening in our brain moments before death.

When an 87-year old man experienced a subdural hematoma, a bleeding between the skull and the brain, doctors decided to operate and remove the blood clot. According to Ajmal Zemmar, lead author and neurosurgeon at the University of Louisville, the patient seemed to be recovering well in the first three days after surgery and was even noted talking to the doctors.

However, on day three, he developed seizures, something which he didn’t have a history of before the brain bleed. The seizures warranted the doctors to perform an electroencephalogram (EEG) on the brain. The routine procedure simply attaches a patch of electrodes to the scalp to detect abnormalities in your brain waves that may be causing issues, such as seizures. The doctors had no idea that this routine procedure would lead to a first-of-its-kind study on a dying brain.

“We did not plan this; it was all accidental,” says Zemmar in response to the unfortunate events that followed.

According to Zemmar, the seizures would come and go, but the patient was still responsive during the start of the EEG. However, near the end of the recording, the unthinkable happened.

“Unfortunately, he sustained a cardiac arrest and died, which left us with a rare data set recording from life to death,” says Zemmar. He notes that while there have been other studies recording brain activity of patients experiencing heart failure, or other near death experiences, this discovery was still a rarity and among the first to really explore brain waves from life to death.

What are your life’s top memories? Maybe it’s getting your first job, your wedding, or the birth of a child. Perhaps it's a combination of small and big adventures. Whatever makes the top of your list may just be what you recall in your final moments, according to this recent study.

Researchers measured 900 seconds of brain activity around the time of death of the 87-year-old patient. Their findings revealed that the man’s brain waves in the 30 seconds before and after his heart stopped beating were similar to what happens when we recall memories, dreams or meditate.

The heart of these findings revolved around studying brain oscillations or brain waves around the time of the patient’s death. Just before the patient’s heart stopped supplying blood to the brain, Zemmar recalled a magnitude of changes in gamma oscillations, which are responsible for high-cognitive functions such as concentrating and dreaming. They also observed changes in theta oscillations, a slightly slower brain wave that reflects the state between wakefulness and sleep.

These patterned brain oscillations continued until 30 seconds after the patient’s heart stopped beating, leading researchers to believe that we might experience memory recall in our final moments.

Clearly, it’s impossible to ask a deceased patient if they experienced memory flashbacks after they’ve died. While this would be ideal confirmation, the closest thing researchers have is to look at previous scientific studies on memory recall and compare it to the brain wave patterns observed in these recent findings, explains Zemmar. He noted that healthy patients undergoing EEGs while performing memory recall tasks showed high gamma oscillations or brain waves that mimicked the pattern occurring in the deceased patient.

“This gives us one form of evidence to say that when we have memory replays in our brain, there is a certain brain wave pattern that happens in our brain,” he says.

A 2013 study on rats also supports the memory-flashback theory. A group of U.S. researchers analyzed the brains of nine lab rats as they were being euthanized. The study aimed to compare these animals' brain activity to humans who had close calls with death. Researchers implanted six electrodes into the brains of nine rats to measure their brain activity. Shortly after, the animals were given lethal injections. Their findings revealed consistent similarities to those found in humans. Specifically, the rat’s gamma oscillations increased 30 seconds before and after its heart stopped, accompanied with a burst of brain activity and hyperconsciousness.

According to Zemmar, this was the only piece of evidence from the scientific literature that traced brain activity before and after death. The increase in gamma oscillations in rats finding, as well as the memory recall data in healthy humans, had significant similarities with the brain waves observed in the dying human brain. This led Zemmar and his team to speculate that life might really flash before our eyes in our final moments.

Currently, the team only has correlative evidence to back their findings. “Because we can’t ask what happens to the patient or rat when they die, we are still looking at ways and designing experiments that might give us a definite answer,” says Zemmar. For instance, measuring the brain activity of a patient that was resuscitated might give the team more direct evidence. However, this remains a challenge as it’s impossible to plan, he explains.

Death remains one of the most complex scientific mysteries. Yet, there is some comfort in knowing that even amid the unknown, our loved ones may be recalling their cherished memories.