Sounding Off About Sound Tourism

Acoustic engineer Trevor Cox talks about his mission to make sound tourism the next big thing. 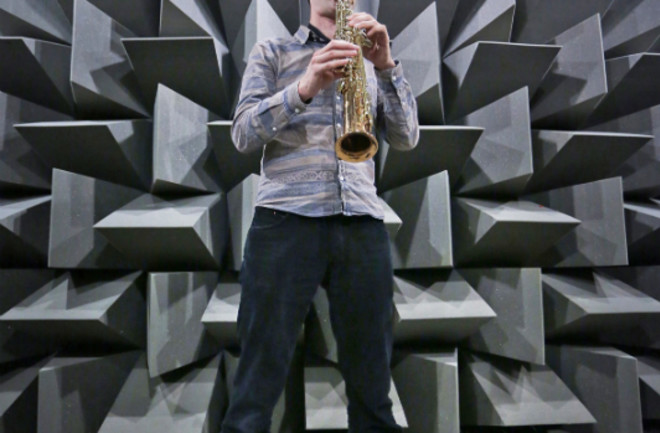 Trevor Cox's job is music to his ears.  | Christ Foster Photography/University of Salford

Acoustic engineer and University of Salford professor Trevor Cox knows noise. He worked for years to eliminate aural no-no’s such as unwanted echoes and dead spots in concert halls and other man-made spaces. Along the way, however, he developed a deep appreciation for sounds of all sorts, a passion he shares with readers in The Sound Book (review, left). Cox spoke with Discover’s Gemma Tarlach from his home in Manchester, England, about his mission to make sound tourism the next big thing.

Q: Where should someone interested in sound tourism begin?

A: There’s real merit in taking your iPod off now and then and just listening to what’s around you, the snippets of gossip, the bustle of trams passing by, birdsong, the sound of children playing nearby.

Q:Your map at sonicwonders.org is a fascinating sampler of unusual sounds. What are some of your favorites?

A: Probably the booming sand dunes in the Mojave Desert. I couldn’t believe we were traveling so long to hear just one sound, and when we got there, they weren’t working. So we camped overnight and the next day got the actual booming sound. For that reason, it was very special.

And animal sounds are very surprising. The male bearded seal, for example, sounds like an alien spaceship landing.

All these [mating] sounds evolved with some feature that the female is listening for to determine if the male is good for breeding. So the seals do a long glissando, the longer the better. The whipbird of Australia makes sudden switches in frequency. The females judge the most extravagant frequency switches as coming from the most fit males.

Q: What’s the most challenging part of promoting sound tourism?

A: There isn’t much out there in terms of writing. In the past, the Victorian gentleman would be out there categorizing every butterfly he saw but also echoes and other sounds. It was fascinating then, and it’s fascinating now, but it’s not new science so people have moved on. But YouTube is useful, even though the sound is almost always badly recorded.

Q: Did you have a personal epiphany that got you interested in pursuing sound beyond your professional work?

A: I remember being at the Tuefelsberg [a former spy station in Germany] unzipping a bag and hearing the sound coming from above me. It was a complete shift in image for me. There have been lots of little surprises like that.

Q: What’s your next project?

A: I’m looking into the future of spatial audio. We can create amazing immersive experiences in a lab setting, but I want to know what people will have in their homes in 10 years. Will we be able to reproduce a concert hall or Stonehenge and give people the experience of really being in those places when they’re sitting in a living room?

[This article originally appeared in print as "Sound Thinking."]

Why Some People Love the Smell of Gasoline

Are Baking Soda and Baking Powder the Same Thing?

More From Discover
Mind
Weed Might Not Make You Creative After All
Mind
How Does Alzheimer's Disease Lead to Death?
Mind
Calming Kids With Electronics May Affect Emotion Regulation Skills
Mind
Gut Bacteria's Role in Anxiety and Depression: It’s Not Just In Your Head
Mind
What Psilocybin Psychedelic Mushrooms Are Teaching Us About Human Consciousness
Mind
How Failing Could Actually Help us Succeed
Recommendations From Our Store
My Science ShopDiscover STEM Kits
My Science ShopDiscover 2022 Calendar
My Science ShopStrange Science
My Science ShopElements Flashcards
Shop Now
Stay Curious
Join
Our List