What Happens When Scientists Put a Human Intelligence Gene Into a Monkey?

Other scientists are concerned and ethical questions linger over where the research on brain genes may lead. 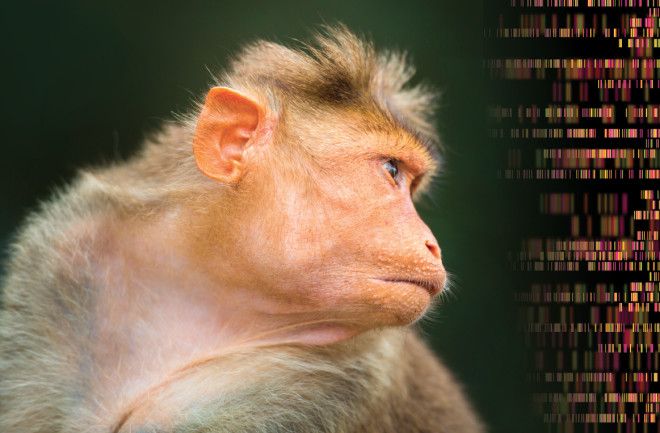 Scientists adding a human intelligence gene into monkeys — it’s the kind of thing you’d see in a movie like Rise of the Planet of the Apes. But Chinese researchers have done just that, improving the short-term memories of the monkeys in a study published in March 2019 in the Chinese journal National Science Review. While some experts downplayed the effects as minor, concerns linger over where the research may lead.

The goal of the work, led by geneticist Bing Su of Kunming Institute of Zoology, was to investigate how a gene linked to brain size, MCPH1, might contribute to the evolution of the organ in humans. All primates have some variation of this gene. However, compared with other primates, our brains are larger, more advanced and slower to develop; the researchers wondered whether differences that evolved in the human version of MCPH1 might explain our more complex brains.

Read more: Who Were The Boskops And Were They Really Smarter Than Us?

Su and his team injected 11 rhesus macaque embryos with a virus carrying the human version of MCPH1. The brains of the transgenic monkeys — those with the human gene —  developed at a slower pace, akin to that of a human, than those in transgene-free monkeys. And by the time they were 2 to 3 years old, the transgenic monkeys performed better and answered faster on short-term memory tests involving matching colors and shapes. However, there weren’t any differences in brain size or any other behaviors.

But the results aren’t what has the scientific community buzzing. Some individuals question the ethics of inserting a human brain gene into a monkey — an action Rebecca Walker, a bioethicist at the University of North Carolina, argues could be the start of a slippery slope toward imbuing animals with humanlike intelligence. In a 2010 paper, James Sikela, a geneticist at the University of Colorado School of Medicine, and coauthors asked whether a humanized monkey would fit into its society, or would live in inhumane conditions due to its altered genes.

To justify the work, Su and his co-authors suggested that this type of brain gene research could provide insights into neurodegenerative and social disorders — but they don’t describe what those applications might be. “I don’t really see anything in the paper that would make me think that [the experiment] was necessarily a good idea,” says Walker.

Su declined Discover’s request for comment, but says in an article for China Daily, “Scientists agree that monkey models are at times irreplaceable for basic research, especially in studying human physiology, cognition and disease.” And in the research paper, the authors contend that the “relatively large phylogenetic distance (about 25 million years of divergence from humans) […] alleviates ethical concerns.” (Rhesus macaques are less like humans in terms of social and cognitive capacities than primates such as chimpanzees, which are more closely related to us.) This greater evolutionary distance suggests it would be harder to wind up with a macaque that acts like a human.

Read more: Humans Aren’t the Only Primates Who “Share for Sharing’s Sake”

But that reasoning falls flat for Walker. “It doesn’t really matter when they became differentiated from humans on the phylogenetic tree,” she says. “They’re talking about improved short-term memory, which would be putting them sort of closer to us in terms of those cognitive abilities.” She thinks manipulating these skills makes the work ethically dubious and requires stronger justification.

“While monkeys and humans have similar genomes,” Su says in the China Daily article, “there are still tens of millions of genetic differences. Changing one gene carefully designed for research will not result in drastic change.”

Sikela agrees that such a change may be minor. Still, he wonders about the possibility of finding a gene with a large effect on cognition.

“There’s some risky elements to going down this road,” Sikela says. “One needs to think about the consequences of where this is leading and what’s the best way to study these kinds of questions.”

Walker also worries about where this work leads. “Could we enhance human brains through these methods?” she asks. While she thinks we’re nowhere close to that yet, she notes that science can advance surprisingly quickly. For instance, CRISPR — the gene-editing technique that once seemed far removed from human research — was used in China to edit the genomes of twins in 2018. (See our No. 11 story of the year, page 32.)

“It does feel worrisome to be doing this research in primates,” Walker says. “And then potentially thinking about how that could be used in humans.”

This story originally appeared in print as "Researchers React to Human Genes in Monkeys" (#9 in our top science stories of 2019.)

Genetically Modified Mosquitoes May Protect The World From Disease

Labs Are Assembling Synthetic Genes, and It's Cheaper Than Ever