Music, Dance and Bilingualism Could Help Alzheimer’s – If Learned Young

A study says if certain skills are learned in childhood, it could help maintain brain function. 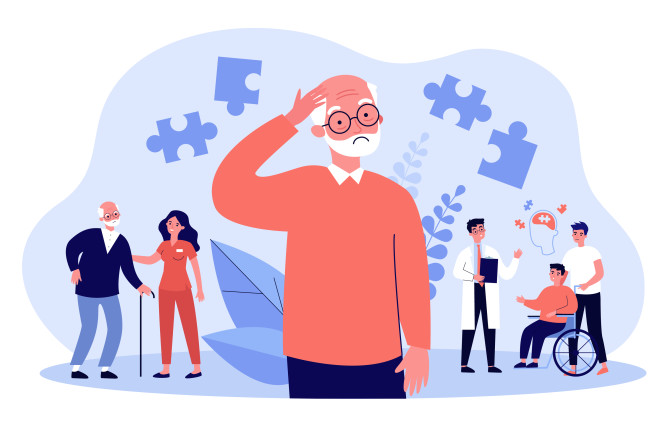 While music and dance are great mood enhancers, a recent study by the United Nations and World Health Organization also shows substantial benefits in both short-term and long-term contexts for brain function. And a study in Cerebrum Medical Journal shows the same for bilingualism.

All three skills – bilingualism, music and dance – keep the brain nimble and neural connections stronger for longer, which could impact Alzheimer’s prevention. But to make this impact, prevention needs to start in childhood.

Instilling culturally dynamic interests and skills in children is the best way to ensure higher cognitive abilities and prolonged cognitive reserves in old age. And it’s never too late to start.

For one, we are born with the ability to learn and process any language. But if we never hear a language, the brain will thin the necessary connections and reallocate its resources to something we are more often exposed to. More exposure to languages creates complex connections in the brain, which improves cognitive function.

Learning multiple languages helps the brain to better process environmental information, and learn more readily. It also increases cognitive control by regulating sensory processing. The brain has a better ability to control responses and to switch attention from one task to another quickly, along with improved reaction time.

The study suggests that knowing multiple languages helps maintain the cognitive reserve, or how the brain maintains function with the wearing of tissues and connections that occurs with age. This allows a longer period of executive function, better memory and improved overall health and quality of life.

A native bi- or multilingual brain has tremendous neuroplasticity compared to a brain with foundations of only one language. Because of this, the best improvements to neuroplasticity and cognitive reserve are in native bilinguals or multilinguals. Learning one or several additional languages later in life does not have the same benefit. It is still helpful, but the brain learns and incorporates it differently.

Infants raised in a bilingual household have shown improved cognitive skills as early as seven months old. Learning this skill early on is helpful to children and they can simply do this with apps.

Listening to music also involves connections across both the left and right sides of the brain. There’s even a large-scale network of connections that govern many things like emotions and memory.

In addition to stimulating social centers in the brain, familiar music activates reward centers. It’s actually healthy to listen to that old favorite song, no matter how out-of-date. Playing music has all the same and even added benefits, such as improved coordination, and is best learned young.

Listening to and playing music builds and maintains a neuroplastic foundation, much like native bilingualism. This also prolongs strong cognition into senior years. Furthermore, keeping the brain agile, and the regions responsible for day-to-day functioning strong, improves overall health and quality of life.

Changes in brain chemicals associated with lowered stress levels, such as increased dopamine and reduced cortisol, is what creates this impact. From premature newborns in the neonatal ward, to seniors with Alzheimer’s and dementia, music creates stress-reducing benefits for all.

Researchers have found dancers to have unique brain structures, including increased volume in the hippocampus. This part of the brain is associated with not just spatial awareness and direction, developed during the sensitive period of early childhood, but also short-term and long-term memory.

Many people struggle with these three things in advanced age from cognitive decline. Regularly dancing to, or even without, music is associated with better attention, focus, mood and executive function, preventing Alzheimer’s complications.

Dancing requires coordination, gross motor skills and complex cognitive function, which helps to build new pathways the brain can better utilize in the future to retain cognitive reserves. Dancing regularly, especially aerobic exercise and not slow dancing, improves other things that small children and seniors struggle with, like posture, coordination and balance. It is also beneficial to physical and cardiovascular health.

Dynamic experiences change our brains long past the point of “thinning” in early childhood. And developing and maintaining neuroplasticity is important for children and adults. Bilingualism, song and dance are beneficial in almost every facet of life but are most appreciable around the age of cognitive decline. To potentially thrive longer, children should build these habits in at a young age to create strong neural foundations to enjoy and benefit for life.