The scans reveal self-organizing behaviour in the brain that changes as we get older, say scientists. 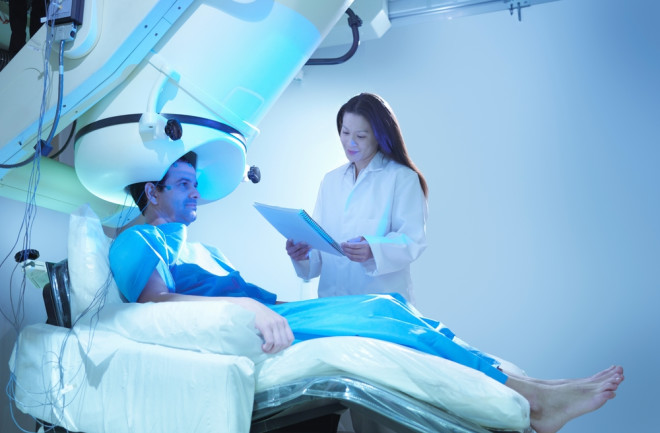 One of the curious properties of brain activity — the firing of neurons — is that it follows certain patterns. One of these is that brain activity tends to be maintained rather than dampened or amplified.

But to maintain activity, each active neuron must trigger about one other neuron. Neuroscientists call this criticality and believe that it maximizes the flow of information through a neural network.

Most healthy brain activity seems to occur in this special critical state.

And that raises an interesting question. Brain function changes substantially as we age. Older people tend to be more forgetful, less focused and more easily distracted. But how does this change the nature of criticality in the brain and can this be observed?

Today, we get an answer of sorts, thanks to the work of Leandro Fosque at Indiana University in Bloomington, and colleagues, who say they have found a correlation between age and critical brain activity that could one day be used for diagnostic monitoring.

The team analyzed brain activity measured over 8 minutes in more than 600 people aged between 18 and 88. The data was gathered using magnetoencephalography (MEG), which measures the magnetic fields generated by the electrical activity of neurons.

This is a dataset known as the Cambridge Centre for Ageing and Neuroscience (Cam-CAN) resting state magnetoencephalography dataset and it is the largest available that spans the full range of adult life.

Of course, it is not possible to measure how many neurons a single active neuron triggers. But this triggering causes an avalanche of neural activity and it is this avalanche—its size and duration — that MEG reveals.

The relationship between the size of the avalanches versus their duration also follows a clear pattern that is a direct result of critical brain organization.

In fact, when plotted on a log-log graph, this relationship is a straight line. And most healthy brain activity turns out to lie close to this line, a phenomenon that physicists call quasicriticality.

However, an important feature is that this activity is spread along the line. The question Fosque and colleagues ask is whether human factors such as age and gender determine where on this line brain activity sits.

And in crunching the data, they discovered exactly the correlation they were looking for. “We found that there is a small but significant negative correlation between age and the position on the line,” they say.

It turns out that the brain activity of older people tends to be lower on the line suggesting that their brain avalanches are smaller and shorter in duration. The activity is also more susceptible to small changes. This may explain why older people are more easily distracted. The team found other correlations too, such as a statistically significant gender bias. That means it ought to be possible to tell the gender of a brain by measuring its quasicritical behavior.

The results from Fosque and co contradict some earlier papers but are based on a larger data set than has been available before now. The results will need to be validated by others working on different data sets but they have significant potential.

Fosque and co’s findings suggest it may be possible to use MEG brains scans as a diagnostic tool for certain age-related brain conditions and perhaps for measuring the ordinary process of aging in the brain and determining brain age.

And they say that in future work they will look at datasets of the brain activity of people suffering various neurological conditions, such as epilepsy, dementia and depression. Obviously, it is early days for this kind of work. But if it turns out to be fruitful, a new era of neurological diagnostics could be upon us.

10 Science-Backed Ways to Boost Your Brain

More From Discover
Mind
What Psilocybin Psychedelic Mushrooms Are Teaching Us About Human Consciousness
Mind
How Failing Could Actually Help us Succeed
The Sciences
How a Zombie-Ant Fungus Can Infect a Host
Mind
Video Games May Have Negative Effects on the Brain
Mind
What Is Emotional Blunting, and Do Antidepressants Cause It?
Technology
AI and the Human Brain: How Similar Are They?
Recommendations From Our Store
My Science ShopDiscover STEM Kits
My Science ShopDiscover 2022 Calendar
My Science ShopStrange Science
My Science ShopElements Flashcards
Shop Now
Stay Curious
Join
Our List