Does Everyone Feel the Same Emotions When Listening to Music?

Major and minor chords in Western music make us feel a certain way, and research suggest this may be because of an evolutionary trait. 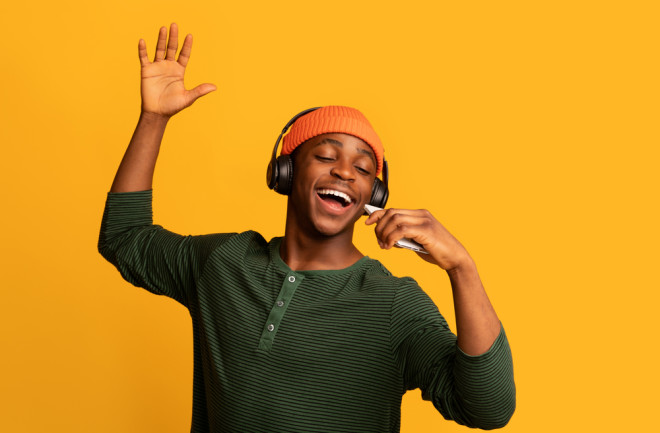 Turn on any major pop radio station in the Western world and even with a new song, you might recognize some familiar features: a formulaic structure, themes of romance, a catchy melody in the major scale — all wrapping up in less than three and a half minutes.

Such features of modern music are designed to make the audience feel good, so we listen on repeat. But why do they make us feel good?

For the last few decades, psychologists have wondered if there are features to music that elicit universal emotional responses in humans. That is, if certain elements of music are hard-wired into the human central nervous system.

A recent study tested how different communities with varying levels of exposure to Western music would respond emotionally to major melodies and minor melodies. The study was led by Eline Adrianne Smit and colleagues from the MARCS Institute for Brain, Behavior and Development, at Western Sydney University.

The researchers asked musicians and non-musicians in Sydney, as well as different communities from Papua New Guinea with varying degrees of exposure to Western music, to associate major and minor melodies with either happiness or sadness. Or they asked for translations of happiness and sadness in the linguistic customs of the Papua New Guinean communities.

“For us, it is interesting to know why people perceive a specific emotion when listening to music. Is this because of something that is in the acoustic signal itself or is it because we have been exposed to particular music for so long that we have started to attribute a particular emotion to specific types of music?” asks Smit.

The study shows familiarity through cultural exposure is important for the association of major and minor melodies with happiness and sadness respectively. Smit points out that major chords tend to appear more frequently than minor chords in popular music. And research shows that humans are likely to attribute positive emotions to things that we are familiar with, compared to things that we are less familiar with.

Smit also thinks there could be some associative conditioning at play. We don’t listen to music in isolation, we listen to music that fits the context of our situation. For example, we would usually hear major music at an event like a wedding, whereas we might hear minor music at a funeral. If specific features of music are combined with emotionally laden events often enough, then we will likely associate that musical feature with that specific emotion.

While the study does support that culture reinforces the association between major and minor melodies with happiness and sadness, Smit does note that, “there is still absolutely the possibility that particular aspects of music might be universal.”

“In other studies, we are looking at other acoustic factors that may contribute to the perception of specific emotions in relation to sounds. Such acoustic factors could be harmonicity or roughness. Both of these factors are related to the frequency components in the sound that are either well aligned, (and therefore sound pleasant) or are too close together, (and therefore sound unpleasant). In these studies, we do not only look at happiness responses, but also at how pleasant a sound is,” says Smit.

Researching if music can elicit universal emotional responses across human culture relates to an ongoing debate within the field of affective psychology — whether emotions themselves are universally expressed and elicited across cultures.

Back in the 1960s, a group of psychologists led by Paul Ekman undertook a series of experiments that tried to find six “basic emotions” that were universal across human cultures. They asked people to match certain facial expressions (that are typically associated with certain emotions in the West) with certain emotions. At the time, they suggested people universally expressed emotions across cultures.

However, new research led by psychologist Lisa Feldman Barrett, contends that emotions are more like concepts that we learn over time. Emotions have specific functions that mandate specific behaviors within our cultural spheres. Barrett also suggests that emotions are also deeply linked to affective states of the body, such as the state of arousal (not sexually, but in a state of energy and tension), or in pain.

“We had thorough and lengthy discussions about which emotions we could measure and how to measure them, in particular with co-author Dr. Hannah Sarvasy. It is very important to take into consideration the local cultural and linguistic customs when undertaking cross-cultural research. [Sarvasy] is an adopted community member of the village we visited and speaks the local language fluently. In collaboration with her, we were able to come up with a research method that would work across both cultures,” says Smit.

Music itself is something that exists in almost every human culture. Along with asking how music affects us emotionally, researchers plan to ask how music affects people in broader, fundamental ways, according to Smit.

More From Discover
Health
Does Seasonal Affective Disorder Get Worse with Age?
Mind
Why Are Emotions Contagious?
Health
Why Some People Love the Smell of Gasoline
Mind
What Makes Christmas Music Sound... Christmassy?
Mind
The Meaning Behind Last-Minute Holiday Shopping
The Sciences
Our Top 10 Science Stories of 2022
Recommendations From Our Store
My Science ShopDiscover STEM Kits
My Science ShopDiscover 2022 Calendar
My Science ShopStrange Science
My Science ShopElements Flashcards
Shop Now
Stay Curious
Join
Our List