After-School Activities Can Be Good For Kids’ Brains

From getting outside to working on puzzles, these activities can help with child brain development and promote healthy activity. 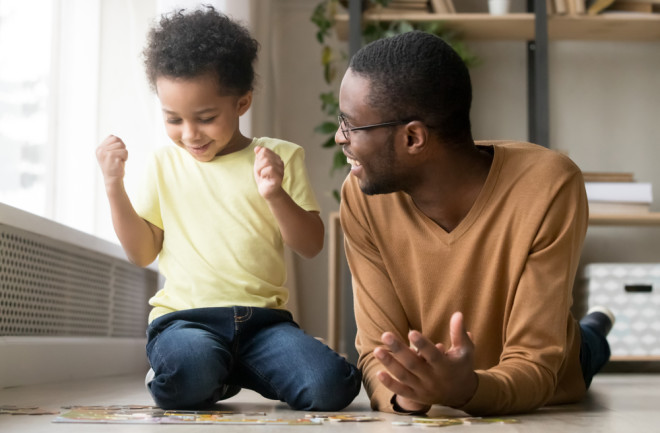 Kids need some downtime after a hard day at school. But just because they aren’t doing schoolwork, doesn’t mean they can’t still learn something. Plenty of after-school activities are both fun and good for child brain development.

After-school activities such as playing chess, learning a language and joining the science club are all activities that might first leap to mind. And those are all great ways to exercise the brain and keep your kids learning even after the last school bell.

But activities don’t have to be extensions of school to be good for a child’s brain. Social learning is an important component of development as well, says Tzu-Jung Lin, associate professor of educational studies at Ohio State University.

Any game or activity that involves social interaction is conducive to learning. For example, if your child is in a choir, they’re not listening to just their own voice, Lin says, but to the other singers as well. This helps them learn to collaborate and even develop empathy.

Activities that are good for the brain aren’t always what we tend to think of as “brainy.” Research has shown that physical activity can improve children’s ability to focus their attention, improve executive function and give them greater cognitive flexibility. Physical activity has also been found to improve working memory, verbal ability and academic performance in kids.

Physical activity doesn’t have to be organized sports. Though playing on the tennis team or taking gymnastics are likely to be as good for the brain as for the body, so are riding bikes, tossing a frisbee and playing hopscotch. (And if you don’t remember hopscotch, check it out here.)

More About Empathy for Kids:

Brain-healthy downtime doesn’t have to be organized or school-sponsored, and it doesn’t need to involve grown-ups at all. In fact, sometimes it’s better when the adults stay out of it. Less formal activities, or what Lin calls “self-regulating” activities, are as important as structured ones, she says. Though it’s easy to forget that free play is good, even essential, for social development, research has shown that play has an important role in the development of the ability to plan ahead, solve problems and regulate emotions.

Free play is also important because it gives kids a much-needed sense of agency, Lin says. In addition, it helps with social development. When kids have conflicts — and they will — if there is no adult handy to sort things out, they have to figure out ways to resolve those conflicts on their own.

When it comes to steering your kids toward after-school activities, Lin recommends finding things they’re interested in. But don’t think this means afternoons spent with video games and television and nothing else. Plenty of things kids naturally love to do can be intellectually stimulating.

Kids will also feel motivated when they choose the activities themselves. And once they’re motivated, they won’t need parents to pressure them to spend time on these activities. You might have to point out a few options, though. Here are a few you might not have thought of:

More From Discover
Mind
How Failing Could Actually Help us Succeed
The Sciences
How a Zombie-Ant Fungus Can Infect a Host
Mind
Video Games May Have Negative Effects on the Brain
Mind
What Is Emotional Blunting, and Do Antidepressants Cause It?
Technology
AI and the Human Brain: How Similar Are They?
Health
There's a New FDA-Approved Drug to Treat Alzheimer’s
Recommendations From Our Store
My Science ShopDiscover STEM Kits
My Science ShopDiscover 2022 Calendar
My Science ShopStrange Science
My Science ShopElements Flashcards
Shop Now
Stay Curious
Join
Our List