Why Are Viruses More Active In The Winter?

It’s tricky to avoid viruses like the flu in the wintertime. But what makes these infections so much more common in the winter weather? 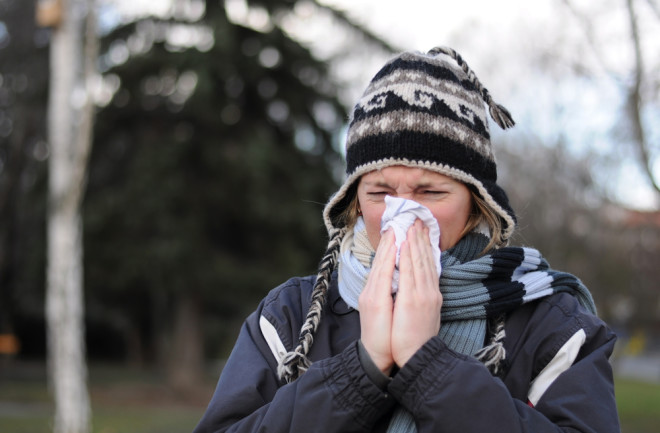 Specialists are concerned about a potential increase in influenza and coronavirus cases this coming winter, and their worries aren't at all surprising. While viruses can certainly circulate at any time of the year, an assortment of respiratory infections — including influenzas, coronaviruses and common colds — are always more active in the wintertime.

While the seasonal surge in these viruses is widely accepted and acknowledged, scientists still struggle to understand why, the winter season stimulates their spread. Though there are several theories, they still aren't sure which explanation — or combination of explanations — is closest to the truth.

Some of their theories stress that the wintry conditions can cause people to behave in ways that increase infections, whereas others state that the winter weather weakens people's natural protections or creates the ideal conditions for the viruses to circulate and spread. Here's what you need to know about a few of the top theories.

More About the Flu and COVID-19:

Theory 1: Winter conditions cause people to stay inside, increasing the spread of infection.

One common explanation for an increase in viruses concerns people's behavior. According to this theory, the winter conditions can cause individuals to stay indoors and spend more time in close contact with others. This, scientists say, increases the probability that infected droplets pass from person to person through the processes of breathing, speaking, sneezing or coughing.

In fact, studies confirm there is a connection between the seasonality of illnesses, and people congregating indoors, which can increase survival and transmission for the virus.

Other explanations concentrate on our own physiology. According to these theories, the winter weather can weaken the physiological protections within our own immune systems that typically prevent the invasion and infection of respiratory viruses. For instance, some specialists suspect that the short, shadowy days of winter can cut our intake of vitamin D, undermining our immune systems and making us more susceptible to infection.

Several similar studies suggest that the winter's dry air desiccates the protective snot that coats the inside of our nasal passageways, preventing the sticky substance from trapping and neutralizing invading viruses. Additional research also reveals that the coolness of the air could constrict the blood vessels throughout our throats and noses, preventing the vessels in those areas from mustering an adequate amount of white blood cells to fight off viral intruders.

A final collection of theories connects to the viruses themselves, asserting that the winter weather increases their longevity and improves their ability to circulate. In fact, some scientists think that the season's arid, cold conditions allow viruses linger in the air for longer intervals of time. This can cause them to separate into fragments so small that they can stay active and afloat until they're inevitably inhaled.

Read more: The Possibility Of "Flurona" And What Two Viruses Can Do At Once

Related studies also advance that the arid winter air may support viral spread because it's interspersed with fewer interfering molecules of moisture. According to these studies, the absence of moisture molecules means that there's nothing that obstructs the viruses or distorts their surfaces, processes which typically inhibit a virus's ability to invade the body.

A viruses' preference for wintry weather also doesn’t simply disappear once they've successfully infected someone. According to one study, respiratory viruses tend to thrive and replicate in cooler internal conditions and are also less likely to commit a form of cell suicide called "apoptosis" in chillier areas inside the body. This, the authors of the study state, means that "temperature has profound effects" on "the outcome of common cold infections."

Ultimately, while it's apparent that something about the winter season inspires a surge in viral activity, the ability of any one of these theories to sufficiently account for the patterns of respiratory infections remains ambiguous. While they all may play a part in the story of seasonal sickness, only future research will reveal the story in its entirety.

Will COVID-19 Need an Annual Vaccine Like the Flu?

What New Variants Of COVID-19 Are Currently Circulating?

Here's Why Coronavirus Cases Are Surging in China