What is Epilepsy and What Should We Know About it?

November recognizes epilepsy awareness for the 65 million people that have it worldwide. Here’s what it is and how you can identify the different types of seizures. 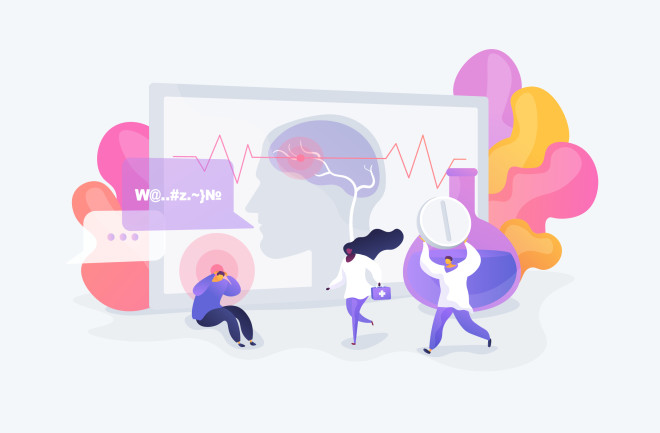 What do Theodore Roosevelt, Napoleon Bonaparte, Neil Young and Prince have in common? They all had epilepsy.

“Epilepsy looks different from person to person,” says Beth Dean, CEO of CURE Epilepsy, a non profit working to fund grants and raise awareness of epilepsy. “There are over 40 medications for treatment, various devices to help control seizures, as well as surgery, and still, a third of the patients, or 1.2 million people in the nation, aren’t able to control their epilepsy.”

Epilepsy is the fourth most common neurological condition and currently affects almost 65 million people worldwide, with nearly 80 percent of cases occurring in low- and middle-income countries. Here’s what you should know about epilepsy during its awareness month.

Have we Always Known About Epilepsy?

In this guide, the Babylonians described several seizure types and classified them according to their appearance, documenting a variety of types prevalent today. It also associated epilepsy to the names of evil spirits or gods.

Science has progressed since Babylonian times, but there are still many myths that surround epilepsy.

“While most people now know that people with epilepsy aren’t possessed, there are still several myths surrounding the disease, especially when it comes to first aid,” Dean says.

The Centers for Disease Control and Prevention estimated that in 2015, 1.2 percent of Americans— three million adults and 470,000 children — had epilepsy. During their lifetimes, one in 26 Americans will be diagnosed with the disease in one way or another. There are also approximately 1.16 cases of Sudden Unexpected Death in Epilepsy (SUDEP) for every 1,000 epileptics each year, though estimates vary (SUDEP refers to epileptic deaths that aren't brought on by trauma, drowning or other recognized causes).

“The most important myth to correct is that if someone is having a seizure, never stick anything in their mouth. They’re not going to swallow their tongue,” says Dean.

What to Know About Seizures

Epilepsy is complex and there are many triggers. It most commonly stems from genetics. It is now known that 30 to 40 percent of epilepsy runs in the family. It can also stem from either poor brain development due to a childhood disease or brain damage that causes a structural alteration of the brain.

Head injuries, infections such as meningitis, a stroke or a tumor can also cause epilepsy, as well as genetic disorders, such as tuberous sclerosis or neurofibromatosis that cause changes in brain structure. In older adults, dementia can increase the risk of epilepsy.

And with epilepsy, comes seizures. Abnormal brain activity can cause seizures, specifically electrical surges in the brain. Most attacks occur suddenly and without warning and last only a few seconds or minutes, ending on their own.

There are two types of seizures, called generalized and focal. Generalized epilepsy is a type of seizure in which all parts of the brain are affected. These seizures come in six different forms.

Focal seizures, like the name suggests, only affect one area of the brain. They are usually less severe than generalized seizures, which involve both sides of the brain and body. Focal seizures are the most common form of epileptic seizures, and are frequently associated with conditions such as strokes and head injuries. Focal seizures can separate into two groups:

When responding to seizures, it’s essential for friends and co-workers to know that a person has epilepsy and what to do in the event of a seizure, according to Dean. If someone is having a seizure, turn that person on their side, remove glasses if they are wearing them, put something soft under their head and time the seizure. When the person wakes up, they will most likely be confused, so it is important to stay calm.

In the Brain, Romantic Love is Basically an Addiction

Why Do We Hold On To Clutter?

Why the Human Brain Takes Decades to Develop

More From Discover
Health
The Best Times of the Day to Eat, According to Science
Health
Is 'Expired' Milk Safe to Drink? Here's How to Know When to Throw Away Food
Health
Extreme Fatigue: 4 of the Longest-Lasting Sporting Events
Health
What Science Says About the Weight-Loss Potential of The One-Meal-a-Day Diet
Health
Walking vs. Running Benefits: Should You Walk or Run for Exercise?
Technology
What Is a Social Media Cleanse?
Recommendations From Our Store
My Science ShopDiscover STEM Kits
My Science ShopDiscover 2022 Calendar
My Science ShopStrange Science
My Science ShopElements Flashcards
Shop Now
Stay Curious
Join
Our List