What Is A "Twindemic," And Why Should We Worry About It Going Into Flu Season?

With flu season approaching, the threat of COVID-19 and the flu combining is a possibility, giving it the name of "twindemic." 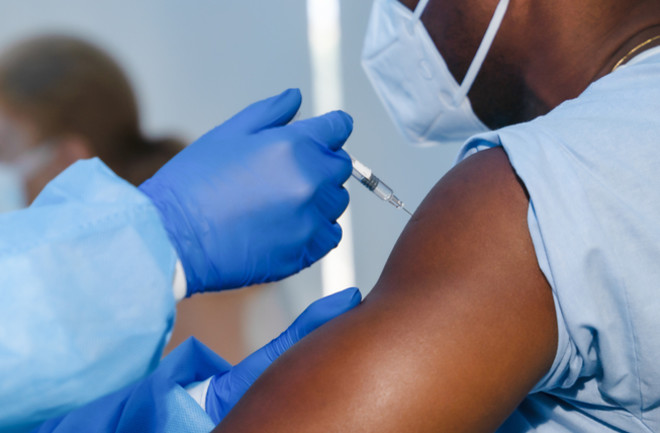 In the two-and-a-half years since the start of the COVID-19 pandemic, the flu has remained relatively inactive in the U.S. That said, the seasonal influenza won't lay low forever. In fact, scientists suspect that the flu is likely to flare up into something serious this fall and winter, increasing the possibility of a so-called "twindemic," or a simultaneous surge in cases of COVID-19 and influenza.

Here's what you'll want to know about this possibility.

Though viruses are active all throughout the year, viral infections — including COVID-19 and seasonal influenza — tend to increase in the U.S. in the fall and winter. The surge is partially thanks to the traits of the viruses themselves and to people's behavior when the weather becomes colder. And while scientists may know when these waves of infections occur, this doesn't mean they are able to prevent them before they strike.

As such, the term "twindemic" alludes to the possibility that an increase in cases of COVID-19 could coincide with a severe spike in seasonal influenza. The combined surge could cause some serious problems as the U.S. medical system continues to mitigate cases of COVID-19.

The biggest worry is that these two viruses could tax the medical system beyond its abilities. Already burdened by thousands of new cases of COVID-19 on a daily basis, an added stream of both COVID-19 and influenza could overwhelm the system's ability to care for patients of all sorts, whether they're suffering from a virus or a broken bone.

Read more: What Is The Secret To COVID-19 'Super-Dodgers'?

There are a couple other concerns, too. For instance, surges in the shared symptoms of the two conditions could make COVID-19 and influenza cases much more difficult to differentiate, diagnose and treat. Plus, the simultaneous surge of the coronavirus and the flu could also increase the probability of individuals contracting a dangerous combination of the two ailments at the same time — a relatively rare co-infection referred to by some specialists as "flurona."

Will We See a "Twindemic?"

Should we worry about a possible "twindemic" this year? Scientists aren’t sure. They seem pretty positive that cases of the two conditions will inevitably increase with the fall and winter seasons. But they aren’t confident that these increases will combine to create a "twindemic." That’s because the spread and severity of the upcoming season of flu is still incredibly tough to predict.

Read more: We May Be In A Pandemic-to-Endemic Transition For COVID-19

Though far from foolproof, the main method to predict future flu seasons in the U.S. is studying the spread and severity of influenza in southern countries — such as Australia and New Zealand — that typically see their surges of flu from April to September. While it isn’t always a perfect metric, keeping track of the circulation of flu in these countries instills the strongest insights into which strains of influenza will appear in the U.S. and in what severity.

This year, a sharp increase in flu cases in Australia could foreshadow a more severe season in the U.S. In fact, an article in The Journal of the American Medical Association states that this year's incidence of influenza surpassed that of any of the previous five flu seasons in Australia. That said, while there were more cases in the country, they remained relatively mild, meaning that the severity of their season still counts as "low to moderate."

A second reason to suspect a more serious flu this year comes from an analysis of the trends of influenza circulation in the U.S. throughout the past several seasons. Although it may appear a positive sign, the fact that the flu remained relatively inactive in 2020 to 2021 and 2021 to 2022 may spell trouble for this fall and winter. In fact, since contracting and recovering from influenza confers a certain amount of immunity, the lack of flu cases in the past few years means that there’s less immunity sprinkled through the U.S. population today.

Taken together, these signs point to the possibility of a "twindemic" in the U.S. Yet, scientists stress that the average person can take measures to mitigate the risk of this crisis, for themselves and for the people around them. Of these measures, the most important is vaccination. More than simply reducing the severity of the symptoms of these two conditions, shots for the coronavirus and the flu are also known to prevent infections from occurring in the first place.

Scientists say that there’s no time like the present for obtaining these vaccinations. In fact, not only is a new bivalent booster for COVID-19 now available for the vast majority of individuals in the U.S., but the Centers for Disease Control and Prevention advises that the ideal time to receive a flu shot is sometime in October. It assures that the vaccine will maintain the recipient’s immunity throughout the full flu season.

What New Variants Of COVID-19 Are Currently Circulating?

More From Discover
Mind
Can Playing Video Games Make You Smarter?
Health
Calorie-Restricted Diets May Not Live Up to the Hype
Health
6 Ways to Exercise Outdoors in Winter
Health
What Factors Matter Most For Weight Loss?
Mind
Try These 6 Science-Backed Secrets to Happiness
Health
How "Fitspiration" Social Posts Can Actually Discourage Exercise
Recommendations From Our Store
My Science ShopDiscover STEM Kits
My Science ShopDiscover 2022 Calendar
My Science ShopStrange Science
My Science ShopElements Flashcards
Shop Now
Stay Curious
Join
Our List