From crocodile dung mixtures to the birth control pill, here's a look at how people prevented pregnancy through the ages. 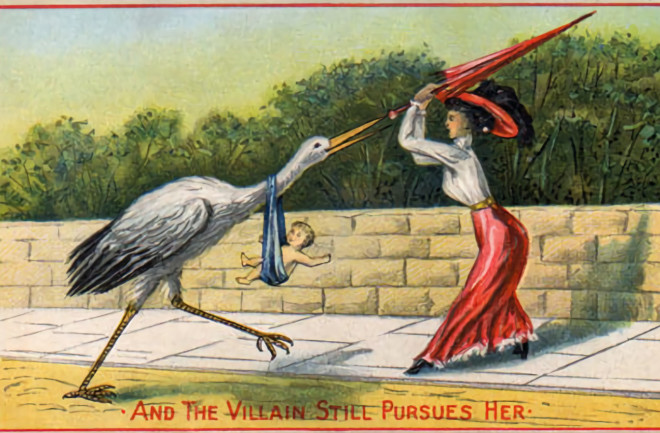 For nearly as long as we’ve been having sex, we’ve been attempting to control reproduction. After all, there’s more than one reason why humans like to get it on.

We’ve put countless potions into our bodies in an effort to prevent pregnancy — some innocently ineffective and others dangerous or even deadly. Through the ages, birth control has certainly changed. But the reasons behind it remain much the same.

An Ancient Look at Birth Control

The ancient Egyptians took a host of strange concoctions that they insisted could stave off pregnancy. They advocated for the use of a peculiar mixture of crocodile dung and acacia honey. According to the book "The history of contraception: From ancient Egyptians to the "morning after," the mixture was inserted and then "left in the vagina for long periods before intercourse.” After sex, people utilized a combination of wine, garlic and lavender as an ancient morning-after method.

In ancient Rome, Hippocrates instructed the use of a birth control method that included a mixture of iron sulphate and copper. Even the Bible mentions birth control, though not in a positive light: The use of the “withdrawal method” for preventing pregnancy was frowned upon, though widely used. An article in the International Encyclopedia of the Social & Behavioral Sciences describes “coitus interruptus, or withdrawal of the penis before ejaculation,” as condemned in the book of Genesis.

The first documented use of the condom came in 1564 thanks to the anatomist Fallopia (think fallopian tubes). Still, condoms didn’t gain widespread recognition until the rubber revolution in 1839, when Charles Goodyear discovered vulcanized rubber — rubber that’s been processed with heat and chemicals to increase its strength. When people did begin widely using condoms, they did so not just to prevent pregnancy, but also to prevent STDs that were often deadly before the development of antibiotics.

Additionally, when women did become pregnant, they might have taken a “female preparation” containing the herbs savin and pennyroyal to induce a miscarriage. Sadly, pennyroyal is also highly toxic and could have proven deadly to the women taking it.

The Pill Makes Its Debut

Perhaps the biggest innovation in birth control came in 1960: the pill. It was the first time women held complete control of their reproduction without their partner even knowing, says Elaine Tyler May, a historian and author of America and the Pill: A History of Promise, Peril, and Liberation. “Almost immediately, women from all walks of society were using the pill, including Catholic women, even though the church did not endorse it,” she says.

However, some states didn’t legalize the pill until the Supreme Court case Eisenstadt v. Baird in 1972 — which gave even unmarried women the right to birth control. Before that, in places where it was illegal, the pill was prescribed for things other than birth control, like menstrual irregularity, says May.

Those who were taking the pill did so in droves because it gave them freedom to live their lives and work outside the home if they chose to do so. But some also suffered severe side effects like blood clots from a much stronger formula than is used in the modern pill.

“When it was first approved, it was a much heavier dose of hormones than today,” May says. “The developers wanted to be sure that it worked because abortion was not legal at the time, so there was no remedy for the failure of the pill.” Roughly 60 years later, however, abortion is once again illegal or heavily restricted in more than a dozen states.

No matter how you slice it, women and men have always engaged in intercourse for reasons that have nothing to do with reproduction. And as a result, they’ve tried just about everything — disgusting, dangerous, useless and even deadly — to prevent it. Fortunately, with 12 forms of birth control available today, this endeavor isn’t as risky as it once was.