The Placebo Effect: A Mystery in Potential Therapy

If your doctor gave you a pill that contained nothing but starch and water, yet your headache got better, you’ve experienced the placebo effect. 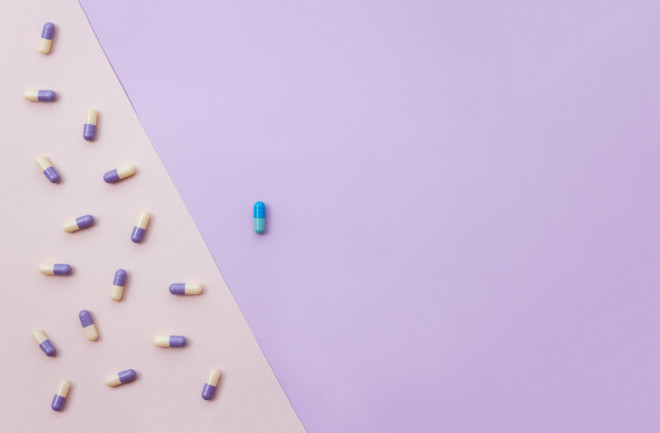 A placebo is a medical treatment that doesn’t contain any kind of medicine. In fact, it contains no active ingredients at all. But in many cases, placebos can have a therapeutic and sometimes dramatic effect.

Doctors would give placebos to patients that had little else to offer or seemed to have nothing wrong with them. They might give a patient a tincture of sugar water, or a pill filled with nothing but sugar, hoping that the patient’s belief in the medicine or trust in the physician would help relieve the symptoms.

Placebos are also nothing new. In a letter to Caspar Wistar, Thomas Jefferson writes, “One of the most successful physicians I have ever known, has assured me that he used more of bread pills, drops of colored water, and powders of hickory ashes, than of all other medicines put together.”

The Placebo in Trials

When experts started to see medicine as more of a science and less of an art, they saw the true power of placebos — and measured it. In 1955, Henry Knowles Beecher first quantified the effect. Beecher was a Harvard Medical School anesthesiologist and published a paper in the Journal of the American Medical Association. Though experts question Beecher’s evidence and conclusions, they do not question his demonstration that placebos are necessary for drug trials.

To determine if a new drug is more effective than no therapy at all, researchers must account for the placebo effect. Simply receiving medicine is likely to influence some patients. Which suggests when testing a drug, a response does not necessarily mean the medicine is superior to doing nothing.

That’s why today’s “gold standard” of drug testing is the double-blind, randomized controlled trial (RCT). In an RCT, some of the patients receive the actual drug; others receive a placebo. Neither the researchers nor the patients know who gets the drug and who gets the placebo, hence the “double-blind.” Experts won’t approve a drug if it is not more effective than the placebo.

How it Works is Unknown

The placebo effect is not universal, though Beecher suggested that as many as 35 percent of people may be susceptible to the effect. Researchers have observed placebos producing changes in blood pressure and heart rate, as well as relieving pain, depression, anxiety and irritable bowel syndrome. Sham injections seem to work better than sham pills, large pills work better than small ones, and two pills are better than one. Studies have found that even the color of the pill can make a difference.

Placebos aren’t limited to pills and tinctures. In one study, a surgeon gave patients a sham knee surgery, where the surgeon made an incision, but did nothing to the knee before sewing it back up. The patients were just as likely to find relief as those who underwent the procedure.

It’s still a mystery how the placebo effect works. Some say it’s a matter of expectations. Some think it’s classical conditioning at work. We’re conditioned to feel better after taking medicine, so we do. The placebo effect on pain could be activating natural opioids in the brain as a response to the relationship between the physician and patient.

But one thing is not a mystery. For all the good a placebo might do, lying to patients is not ethical. In clinical trials, the participants know that they may be in the group that gets a placebo. Jefferson called the well-meant dispensing of bread pills and colored water “pious fraud.”

However, experts could take advantage of the placebo effect without fraud — pious or otherwise. One of the most intriguing things about placebos is that they can work even when patients know they’re getting a placebo.

Though placebos have been in use for centuries and have been a necessary part of clinical trials for decades, their reputation has waxed and waned, ranging from “kindly” to “dishonest, unethical and dangerous.” However, in the last few decades, researchers have begun taking a hard look at what’s behind the effect and how they might use it to directly benefit patients, not just test drugs. One day, you may choose a pill, knowing full well what’s not in it.

Walking vs. Running Benefits: Should You Walk or Run for Exercise?

Gut Bacteria's Role in Anxiety and Depression: It’s Not Just In Your Head

More From Discover
Technology
What Is a Social Media Cleanse?
Mind
Calming Kids With Electronics May Affect Emotion Regulation Skills
Mind
What Psilocybin Psychedelic Mushrooms Are Teaching Us About Human Consciousness
Mind
How Failing Could Actually Help us Succeed
Mind
Can Playing Video Games Make You Smarter?
Health
Why Do Some People Live So Long?
Recommendations From Our Store
My Science ShopDiscover STEM Kits
My Science ShopDiscover 2022 Calendar
My Science ShopStrange Science
My Science ShopElements Flashcards
Shop Now
Stay Curious
Join
Our List