The Different Diseases Behind Language Impairment

An estimated one in 100,000 people have the neurodegenerative disease known as primary progressive aphasia. But their underlying causes are not the same, according to new research. 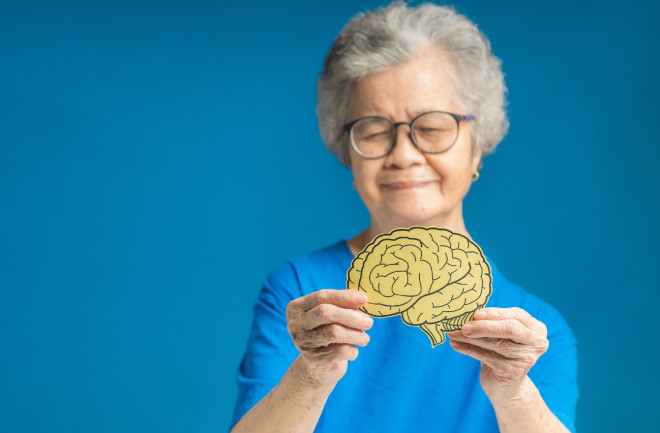 A new study has found that at least five different brain-attacking diseases strike different parts of the human language network. Conducted by researchers at Northwestern University’s Mesulam Center for Cognitive Neurology and Alzheimer’s Disease and published in the journal Brain, the findings suggests that not only is it time to shift the way brain diseases are diagnosed but it’s also time to change the approach to treatment when patients exhibit language impairment.

Primary progressive aphasia (PPA) is a neurodegenerative disease that selectively impairs language without affecting speech or memory. It comes in many forms, explains Marsel Mesulam, lead author of the study and director of the Mesulam Center. An estimated one in 100,000 people have PPA, he says, and because early symptoms are subtle, they are often ignored or misdiagnosed as anxiety or throat issues. This lack of timeliness in diagnosing, even by specialists, is problematic, he adds.

Read More: 5 Neurological Diseases and the People Who Discovered Them

He and his colleagues looked at 118 cases — the largest set of PPA autopsies ever assembled — whom Mesulam had followed for more than 25 years prior to their deaths. That makes it "the most extensive study to date on life expectancy, type of language impairment and relationship of disease to details of language impairment,” he says.

The researchers found that the different language issues associated with PPA are actually caused by different diseases. In other words, there isn't one singular brain disease or “dementia” that leaves people struggling to communicate, but rather many different diseases that target different parts of the brain and cause various types of PPA.

Alzheimer’s, a type of dementia that affects memory, thinking and behavior, accounted for 42 percent of cases in the latest study. Symptoms eventually grow severe enough to interfere with daily tasks. However, in certain cases such as these, Alzheimer’s can impair language rather than memory.

These diseases together accounted for 24 percent of cases in the latest study. CBD occurs when increasing numbers of brain cells become damaged and die over time. Those who suffer from this rare condition may experience worsening problems with movement, speech, memory and swallowing.

Some symptoms of corticobasal degeneration may include:

Pick’s disease, a kind of dementia similar to Alzheimer’s but far less common, was responsible for 10 percent of cases in the study. It impacts the parts of the brain that control emotions, behavior, personality and language. This falls under the category of frontotemporal lobar degeneration, which is responsible for about half of all dementias starting before the age of 65.

Neurological changes such as the few listed below are also to be expected:

The final two brain diseases included in the research were transactive response DNA binding proteinopathy type A and type C, which accounted for 10 percent and 11 percent of cases respectively.

Knowing which disease has attacked the brain and where means a lesser chance that a treatment may be misdirected. In the past, the only way to make a final diagnosis was an autopsy. But, today, medical advancements like MRIs, spinal taps and blood assays can find biomarkers and enable a definitive diagnosis while the person is alive.

The first goal is to both diagnose the underlying diseases and treat them, says Mesulam. If Alzheimer’s disease is the cause of language impairment, a patient may be treated with medication or directed to take part in clinical trials. Likewise, a patient who is suffering from language challenges specific to grammar and word-finding may be directed into speech therapy.

The second goal is to study those with PPA even more deeply and learn more about language in the human brain — “which is the only unique function of the human brain and what makes our brain human,” says Mesulam.

“I wish we could have done more […] for the 118 patients of mine that I've followed for years who have died,” he says. “But this remarkable gift of tissue that our patients have given to us [can be used] to learn the cellular basis of why the disease goes out of its way to find a piece of the brain on the left side and hit it and destroy it.”

Why Walking Might Be One of the Best Exercises For Health

Why Do Some People Live So Long?

Combat Cognitive Decline With These 5 Activities

More From Discover
Health
Is Vitamin C Actually an Effective Cold Remedy?
Mind
What Is Emotional Blunting, and Do Antidepressants Cause It?
Health
What New Variants Of COVID-19 Are Currently Circulating?
Health
Why Eating Disorders Are so Difficult to Treat
Health
The Origins of Organ Transplantation
Health
Beer Hops May Fend Off Alzheimer’s
Recommendations From Our Store
My Science ShopDiscover STEM Kits
My Science ShopDiscover 2022 Calendar
My Science ShopStrange Science
My Science ShopElements Flashcards
Shop Now
Stay Curious
Join
Our List