Research on laboratory mice shows a potential epigenetic cause of abnormal placenta development and baby loss. 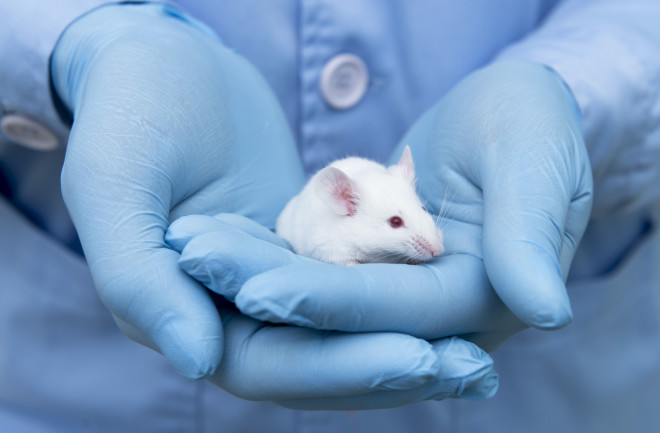 Researchers are another step closer to understanding a cause of miscarriage and abnormal placenta development, thanks to recent research conducted on laboratory mice. A study, published in the journal Genes & Development, shows how outside processes might affect the genes in a fertilized egg in such a way as to cause prenatal death. The findings may have implications for our understanding of miscarriages and placenta development in humans.

“Miscarriage and placental abnormality is quite common in humans,” says co-author Azusa Inoue, a team leader at Japan’s Riken Center for Integrative Medical Sciences. In fact, about 10 to 20 percent of known pregnancies end in miscarriage, although some suggest that the actual number is higher when accounting for miscarriages that occur before a pregnancy is known. The research conducted by Inoue and his colleagues could reveal which genes are responsible for modifying the size of the placenta — in turn, improving the outcome of pregnancies in some of these cases.

While most of what we inherit from our parents comes from their DNA, living things inherit non-genetic traits from their parents as well; these epigenetic marks can be transmitted from the sperm and egg when they pass from parent to offspring during pregnancy. Epigenetics may be modified by the outside environment or the behavior of the parent, causing some genes to turn off and others to turn on.

Inoue and his team studied the histones (basic protein building blocks in chromosomes) that send epigenetic instructions to egg cells in a process called genomic imprinting. They knew from previous studies that when a set of instructions called histone H3 lysine 27 (H3K27) trimethylation was blocked from egg cells, it led to miscarriages in mice — particularly for male embryos. It also caused enlarged placentas in the pregnant mothers.

So, in the new study, the researchers aimed to find out whether these failed instructions led directly to larger placentas and prenatal deaths. They found nine potential culprits — genes that are typically suppressed but abnormally activated when mice mothers miscarry — then ran tests that involved suppressing each of these using the gene-editing technology CRISPR.

After all this, Inoue and his colleagues identified one likely wrongdoer: an X-chromosome gene called Xist. Basically, faulty epigenetic instructions from eggs on the Xist gene caused the miscarriage of male embryos. Further tests revealed which genes were abnormally activated by the lack of epigenetic imprinting when the placentas were enlarged. By stopping this activation, the researchers managed to cure the placental defects in some of the mouse embryos.

“The initial trigger of this lethality is the lack of histone modification transmitted from the mother to the fetus,” says Inoue. But the enlarged placenta isn’t necessarily a bad thing when there is a risk of miscarriage, he continues. This malformation might, in fact, allow the embryo to overcome a miscarriage, since a larger placenta could allow more nutrients to transfer from mother to offspring.

“We realized that placenta enlargement is seen to enhance the fetal development to catch up to fetal retardation,” says Inoue. He and his colleagues are currently working on a way to induce this enlargement in cases where the fetus might not be developing normally: “We’re trying to establish a system, or an experimental strategy, to induce placenta enlargement.”

The big question is whether similar processes are happening in some human miscarriages. Jan Brosens — an obstetrician and gynecologist at the University of Warwick in England who was not involved in the latest study but who studies miscarriages — is skeptical about extrapolating findings from mice to humans. “Embryo development and implantation are very different in humans versus mice,” he explains.

Rajiv McCoy, a biologist at Johns Hopkins University in Maryland who was also not involved in the study, adds that there is conflicting evidence about whether the mechanism of maternally-inherited modifications to histone proteins can influence gene expression during human development at all. “[But] while the specific mechanisms may differ, it is interesting to consider whether some cases of pregnancy loss in humans could occur due to dysregulation of these imprinting systems, especially with regard to the placenta,” he says.

Inoue says that while it’s unclear whether faulty epigenetic instructions on histone proteins cause miscarriages in humans, placenta enlargement is regardless quite common. “The Xist gene that we have identified to be responsible for the developmental lethality is present in humans,” he says. “But the epigenetic instruction does not occur on this gene in humans.”

Still, the tool the researchers are currently developing to control the size of placentas in mice could eventually be used in humans — after an immense amount of further research, of course, he says.

Asexual Reproduction is Surprisingly Common in the Animal Kingdom