In the scramble to combat climate change, so-called solutions can cause more harm. An IPCC 2022 report warns of these maladaptations. 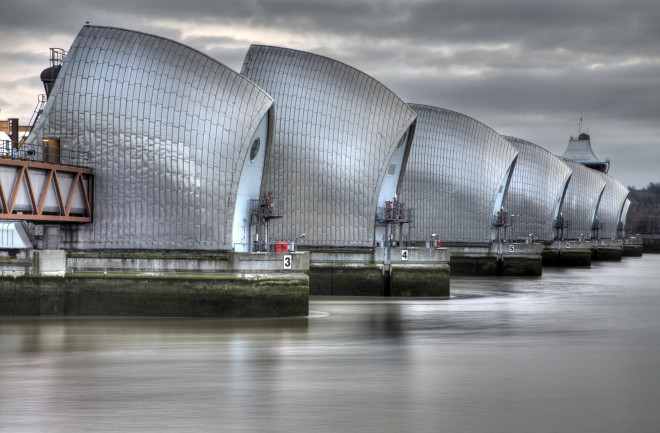 Around the world, people are building levees, shoring up dams, digging canals and constructing infrastructure to confront the impacts of climate change. Most of these investments will likely save countless lives and protect property, but some will inadvertently add to the problems they are trying to address.

Experts call this phenomenon maladaptation. It generally refers to a protection effort against the impacts of climate change that backfires and increases vulnerabilities. For years, maladaptation was given short shrift as research and policy prioritized mitigating climate change by reducing greenhouse-gas emissions. Now, with the world lagging utterly behind that effort — in the U.S. alone, reports in 2022 showed that global warming could cost $2 trillion by 2100 — adaptation and its hazards are getting a hard look. This past spring, the proposed U.S. federal budget for 2023 earmarked $18 billion to make communities more resilient to climate change.

“Given the increasing impacts of climate change, adaptation is a must. At the same time, global warming is a very real limit to adaptation strategies,” says Lisa Schipper, a climate researcher at the University of Oxford. She contributed to the Sixth Assessment Report of the Intergovernmental Panel on Climate Change that outlined this risk in February of 2022. The researchers reported that once global average temperatures rise by a further 1.5 degrees Celsius (2.7 degrees Fahrenheit), some adaptation efforts will be useless and others will be detrimental. One common example of such measures involves large development projects proposed to protect coastal cities.

In France, dikes built to protect low-lying communities from sea-level rise have backfired. As climate change speeds erosion, the seawalls have disrupted natural beach accretion and trapped river sediment so that less of it is delivered to the coast. The expensive infrastructure must now be rebuilt — repeatedly — to keep up with the changing coastline.

“Adapting to the current climate is not necessarily what you want to do for the future climate,” says William Travis, a geographer at the University of Colorado Boulder. But that’s often what happens. Plans for longer canals or higher seawalls might assume climate change will bring a linear increase of impacts, rather than new iterations of hazards at different frequencies and intensities.

“It’s not just that something goes a bit wrong,” Schipper says. Critical maladaptation “undermines opportunities for future adaptation, and that’s what we should be looking out for.”

One of themost insidious aspects of maladaptation is the false sense of security it gives. The U.S. population is concentrated into some of the country’s most hazard-prone areas, like mountain forests and coasts. Erecting protective infrastructure in some of those places can cause people to downplay the risk, resulting in the “levee effect,” Travis says. “Losses actually increase over what you would have if you hadn’t built the infrastructure in the first place.” Insurance and disaster assistance also tend to invite people to invest in harm’s way.

Avoiding maladaptation requires a holistic approach and a long list of malleable strategies that allow us to alter course as needed, Schipper says. The old way, of taming nature with hardened concrete, is ill-suited to climate change.

The February IPCC report suggests avoiding investments we’ll later regret. Specifically, it recommends strategies that serve more than one group and plan for the uncertainty of the future.

In California, a number of water agencies have started to use an analytic framework called robust decision-making. The advanced tool could help preserve the state economy while California’s booming ag sector and city populations compete for scarce water supplies. Applying the tool in the San Bernardino Valley, managers played out 1,872 plausible futures to find a sweet spot between slashing water to irrigation and importing new supplies, all while testing unforeseen disruptions to the system.

Cheaper, nature-based solutions, like rehabilitating wetlands that absorb flooding rivers, can work better than glitzy techno-solutions in some places. But these fixes are often overlooked, especially if on-the-ground knowledge about the environment is ignored. Prioritizing local perspectives in discussions can address that.

“By solving one problem, we almost always create another problem, and it’s always the poorest people who suffer,” Schipper says. “We have to acknowledge that there will always be trade-offs. There are no silver bullets.”