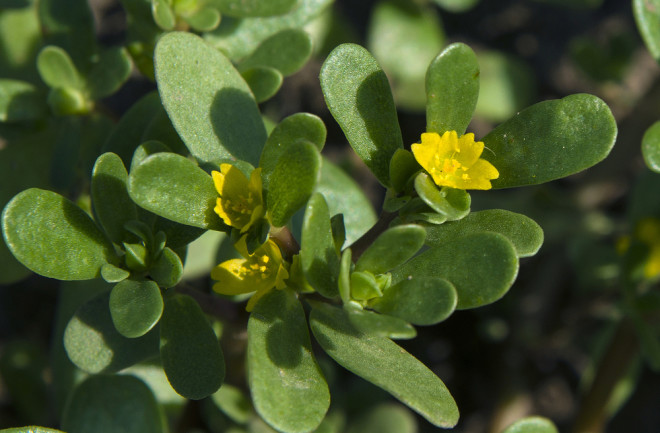 They say that weeds are simply underappreciated flowers, and a new study supports that thought, suggesting that some supposed "weeds" deserve much more attention. Published in Science Advances, this paper states that Portulaca oleracea, a common plant also called purslane, could influence the creation of drought-resistant crops, completely insusceptible to climate change.

The planet is currently suffering from droughts like never before. According to a recent report from the United Nations, the number and the duration of these disasters has increased almost 30 percent since 2000. This leaves the world "at a crossroads" in its dealings with drought. These incidents take a larger human toll than any other natural disaster during that same time period. And the report stresses the need to develop new strategies for adapting to droughts "urgently, using every tool we can."

The new purslane study suggests that the common plant, likely native to North Africa, the Middle East or the Indian subcontinent, might be one of the best tools in the drought-resistance toolbox. The paper reveals that the plant implements two separate metabolic pathways at the same time. And purslane has developed a new form of photosynthesis that allows the plant to survive and thrive in the face of hot, arid conditions.

"This is a very rare combination of traits and has created a kind of 'super plant' – one that could be potentially useful in endeavors such as crop engineering," says senior study author Erika Edwards, a professor of ecology and evolutionary biology at Yale University, in a press release.

Handling the Heat (And the Aridity)

Closely analyzing purslane leaves, the study reveals that the C4 and CAM pathways are fully combined within the purslane plant, operating together in the same cells to provide a high degree of drought protection. Confirming their findings with metabolic flux models, the authors studied the development of this combined C4 and CAM pathway for the first time.

According to the study authors, understanding purslane's approach to photosynthesis could inspire innovations in modifying corn and other crops to tolerate drought. "There is still a lot of work to do before that could become a reality," Edwards says in a press release. "But what we’ve shown is that the two pathways can be efficiently integrated and share products. C4 and CAM are more compatible than we had thought, which leads us to suspect that there are many more C4+CAM species out there, waiting to be discovered."