The People Still Searching For Gold In California’s Hills

While the Gold Rush of the 1850s may be over, there are still prospectors trying to find their fortune. But at what environmental cost? 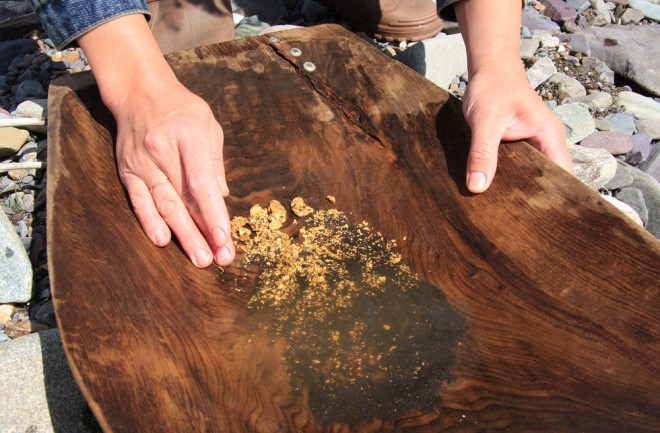 Gold! This shiny, valuable metal makes a poor man rich and a rich man richer. At one time in the history of the U.S., gold was a hot commodity that brought people from around the world to California. While it may not be as prominent today due to abstracted currencies like credit cards and crypto, gold-standard aside, the relative rarity of gold makes it valuable still.

The Gold Rush took place from 1803 to 1861, between the Louisiana Purchase and the American Civil War. At the time, the Californian territory was in-between ownership by Mexico and the United States. The Gold Rush began when James W. Marshall discovered gold flakes in the American River as he was building a sawmill for Captain John Sutter — the founder of California’s capital city, Sacramento. Word spread, and over 300,000 people from across the globe arrived at and around Sutter’s Fort to try their hand at gold prospecting. Gold mining towns, mines and gold-related conflicts ensued. By 1852, much of the fervor had passed. Mining companies took ownership of the land where gold could be found, pushing out the individuals who rushed there to make a name for themselves.

While there certainly isn’t the same amount of activity in the California gold industry now as there was in the mid-1800s, there are still people searching for gold. Until 1965, California produced the most gold of any U.S. state. Currently, mining companies are surveying Californian land and mines to determine whether digging for gold should continue. There are 16 members of the Gold Prospectors Association of America (GPAA) living in California now. Members of the GPAA, like Robert Rieck of Royal Manufacturing, make equipment that they sell to other prospectors in hopes of patenting the technology for large-scale use.

Aside from industry, individuals can pan for gold in select areas of California for a fee. But the payoff may not be as high as it was in the past. The U.S. government warns potential prospectors there is little evidence that gold tables exist in large enough numbers for profit. Plenty of people still search for gold, legally or illegally, today despite the 2013 ban on machined mining along the mining, loop. Renegade gold miners have risked much, and have been fined up to 11 million dollars.

However, the Earth pays the price too. Illegal gold mining is purported to be the focus of all the world’s mercury pollutants. When mercury is released into the surrounding environment it can contaminate not only water but sediment as well. The toxic chemical then begins to leach into our food chain. A report from the New Hampshire Department of Environmental Services states that mercury contamination in freshwater fish is now so widespread that there are fish consumption advisories in all 50 states. Since most of the old territories where gold mining took place during the Gold Rush are now state parks, there are efforts to crack down on illegal mining, including asking citizens to turn in artisanal miners in the area.

Regardless of the reasons for mining gold in California, these activities can have a negative ecological impact. While it may not be as pronounced as it was in the 1850s, 15 percent of gold mining is still comprised of small-scale operations, leading to a higher risk of illegal activity and fewer regulations – which in turn leads to a more polluted environment and a polluted food source. Lessening the impact is important to maintaining biological diversity in the area as well as keeping people safe. And the conflicting interests of state and local officials have resulted in hefty fines and much back-and-forth about who has purview.

In the past few years, the value of gold has risen in response to the uncertainty brought on by the COVID-19 pandemic. That means gold mining will continue in the area, even amidst legislation that makes doing so risky business. With companies focusing on environmentally-sound practices, the hope is mining will have less of an impact as it has up to this point.