Yankee scientists were right about rocks from the sky

What on Earth could have created a hole like this in the roof of a house in Cartersville, Georgia? 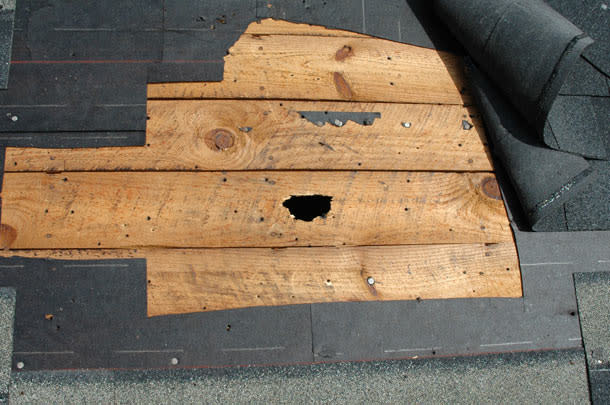 Why, nothing. Nothing on Earth, that is. Because here's the culprit: 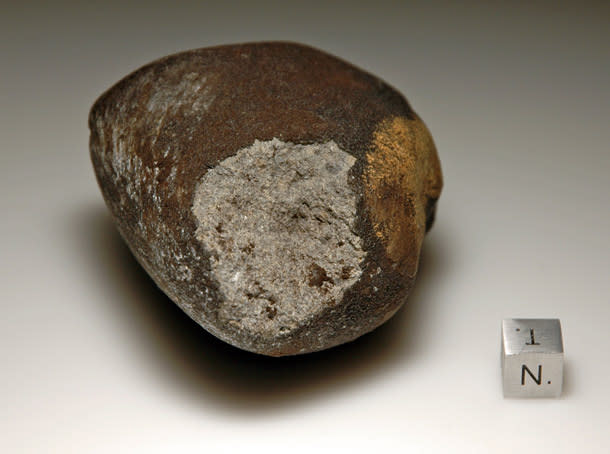 Yowza. That's a stony meteorite, and in March 2009 it came screaming down out of the sky and punched that hole! The cube is one centimeter (about a half inch) on a side, and is used for scale. What a great specimen! And it weighs in at 294 grams -- more than half a pound -- so it's hefty. It must've been moving at quite a clip when it smacked that house, probably a couple of hundred kilometers per hour. And if you want to see it for yourself, and live near Atlanta, now's your chance: The Tellus Science Museum will have the rock on display -- together with the roof and ceiling under it that got whacked -- starting tonight at 6:00 p.m. as part of their Earth Day event. I wonder if it'll still be on display when Dragon*Con rolls around... [Update: I heard from the museum; yup. It'll still be on display!] And if you're wondering about the post title, then this might help. Given the museum's location, it seemed appropriate.