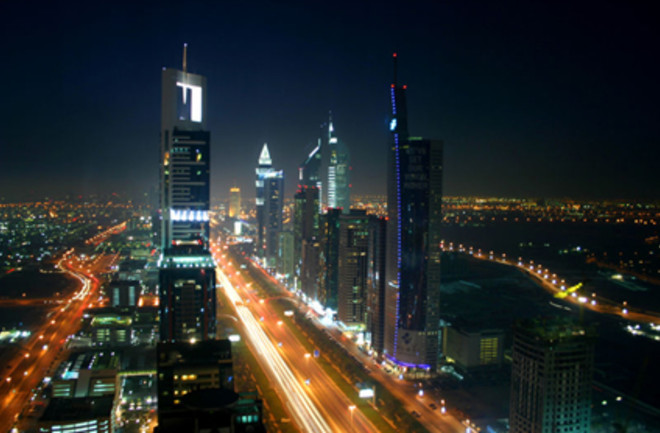 Forget your Jetsons-like vision of an automated high-rise city with flying cars and robot maids: The future city will need to be sustainable and, consequently, a little dull. Last night at the World Science Fair, panelists took turns talking about their visions for future cities—where, it is projected, fifty percent of the population will live in just a few decades—as pastoral areas of towering efficiency and greenness. If you thought green was not sexy, and sustainable living meant little more than energy conservation (installing lots of insulation) and sacrifice (using fans instead of air conditioning), you wouldn’t be wrong. But sustainable solutions through radical design (taken from the title of this lecture) are not all short showers and insulated attics. Blaine Brownell, an architect living in Tokyo displayed dozens of materials and products that will be used to build our future cities. Among his wares were micro spheres of photovoltaic cells that absorb sunlight from all angles, a wind wall eco curtain that creates power with vertically oriented wind turbines, "zero energy"wallboard that bonds exothermically, a breathing wall that non-mechanically detects levels of gas like CO2 in the air, concrete that purifies the air, barriers for highways that eat smog, an island that announces water quality with glowing probes in urban waterways, and much much more. Peter Head is working on creating sustainable city right now. He is heading a project in Dongtan, China, where a carbon neutral city for 80,000 is being planned. The entire city will run on renewable energy and all city centers will be reachable by walking, cycling, or public transport. All public transportation—buses, trams, and water taxis—will run on battery of hydrogen fuel cells, all waste and water will be recycled, biomass will be made into energy and any CO2 emission will go to food factories. The sustainable city of the future “needs to collapse the layers and layers of fossil fuel dependence,” says Head. “We need to capture CO2, put local generation in the cities, to bring food production into the city,” he says. “By 2050, we can learn to live a ‘one planet’ lifestyle—even in the U.S.” MIT’s media lab was present at the event with architect Mitchell Joachim representing. In true media lab form, Joachim came with the most far out idea of the night: Floating megacities. After climate change drowns many of our biggest cities, proposes Joachim, we just pull anchor and float them all to a location at the North Pole to create a “mega mega city.” This means New York, Hong Kong, London, and a dozen more major cities floating on some sort of barge in a dome to live together in harmony (needless to say, the details were fuzzy). Let’s hope we never see the day this plan needs legs.