Will the Higgs Boson Destroy the Universe? 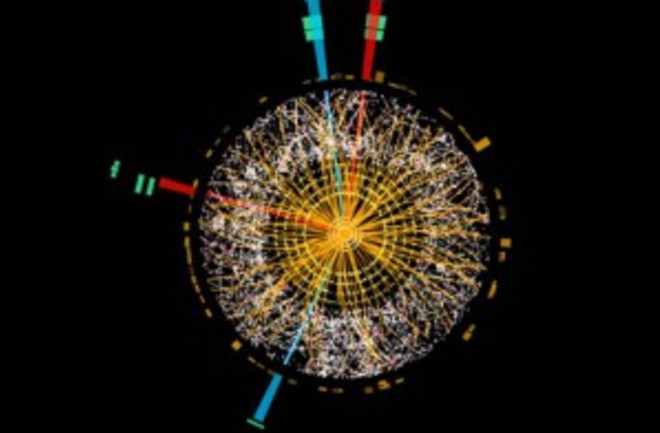 Higgs boson, detected at the Large Hadron Collider on May 18, 2012. The world did not end. (Credit: CERN) Improbable as it may seem, this question has been pinging around the Internet a lot this past week, because of a mix of Stephen Hawking and shameless sensationalism. Life is short (with or without the help of the Higgs), so I'll answer it as succinctly as I can. No. If you want to get technical, a Higgs doomsday is possible. No device on Earth could trigger it, though, and in nature it probably wouldn't happen for 10^100 years. So basically, essentially, fundamentally: No. Now let's move on and worry about more serious concerns. [You can also follow me on Twitter, where I promise not to spread unnecessary doomsday rumors.]