Will Space Tourism Spew Too Much Soot Into the Stratosphere? 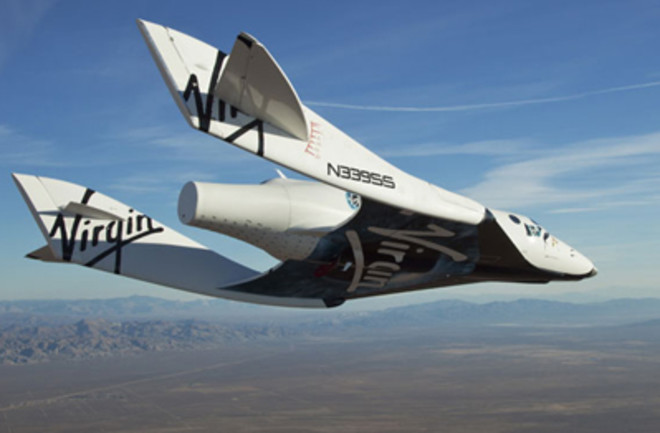 The days of blasting off into the temporary weightlessness of suborbital space are fast approaching—for people with the right stuff in their bank accounts, anyway. Some scientists fear, though, that once the space tourism business becomes established, a steady train of people hurtling into euphoria at the borderline of space could have climactic consequences down here on the surface. They're talking about soot. Soot or black carbon, which comes from fuel that does not burn completely, ought to be a more high-profile climate villain than it is, and it would be easier to contain than the carbon dioxide emissions we're more worried about. According to a team led by Martin Ross, craft flying at such great heights would leave a trail of soot that wind and weather patterns could not reach, leaving it to hang around there and interfere with climate patterns. They published their model (paper in press) of this scenario in Geophysical Research Letters. Ross' team presumed 1,000 suborbital flights a year by a decade from now, and plugged in the estimated emissions to see what would happen. They modeled all the flights as coming over Spaceport America, the Virgin Galactic-backed New Mexico spaceport.

The researchers found that the black carbon caused temperatures to rise at the north and south poles. The increase was about 0.2 °C for most of the year, but peaked at around 1 °C during each hemisphere's winter. The extra warmth caused sea ice at each pole to melt, especially in Antarctica, where the area covered by ice shrank by as much as 18 per cent in the summer. [New Scientist]

The 600 tons of soot that Ross' team estimates for space tourism is less that what we're doing now with commercial aviation. But it's not the amount of black carbon that suborbital flights produce that matters—it's the placement.

"Rain and weather wash out these particles from the atmosphere near Earth's surface, but in the stratosphere there isn't any rain and they can remain for 3 to 10 years," says Michael Mills, an atmospheric chemist at the National Center for Atmospheric Research (NCAR) in Boulder, Colorado, and another author of the paper. [Nature]

And because the soot stays in the high atmosphere for so long, it spreads and creates weird effects. In the tropics and subtropics, in Ross' model, the temperature effect was actually a slight dip, but in the poles they saw that increase noted earlier. Like any climate modeling project, this one will be hotly debated and dismissed by some while the numbers are refined. But it does raise an interesting question about how we should be flying ourselves into suborbital space, especially if we're just doing it for fun. For instance, Virgin Galactic

's rubber-burning hybrid engine produces more black carbon than most, but it's also cheaper than most (and it still costs $200,000 a head to fly with them.) Other designs, like kerosene-burning propulsion, create less black carbon and so would come in under the Ross team's estimations. But even so, the conditions of the stratosphere could allow a slow soot buildup. Related Content: DISCOVER: The Easiest Way to Fight Global Warming

80beats: Spaceport America Dedicates Its Runway; Flights *Could* Begin in 2011

Science Not Fiction: Ralph: The Official Mascot of Space Tourism