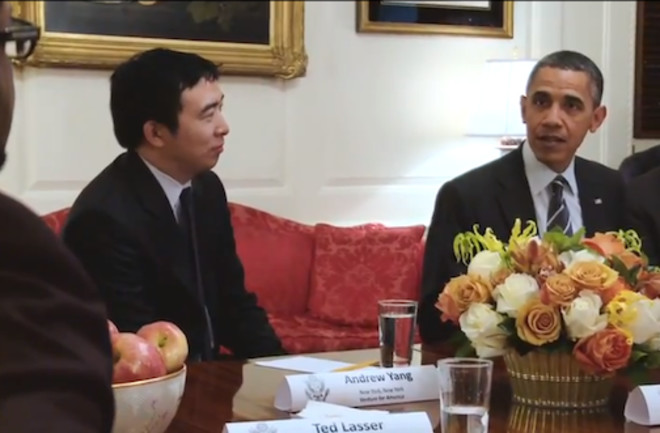 President Obama speaks at a previous Champions of Change ceremony. Recently President Obama honored thirteen researchers, doctors and technology pioneers as Champions of Change. The awards program, begun in April 2011, recognizes American citizens' contributions to their communities. The theme for this group of awards was "open science." [Correction: the event on open science took place on June 20; the event honoring citizen science took place on June 25.] Honorees included Drew Endy, a synthetic biology pioneer (who spoke on this recent DISCOVER panel) and Jack Andraka, a Maryland high school student who at age 15 created a cheap paper sensor to detect various kinds of cancer (see this blog post for more on Andraka). Some of the projects that Endy, Andraka and other awardees were honored for included:

These kinds of initiatives are important not just for data-sharing among career scientists, but also for citizen scientists. Publicly available data is a crucial ingredient in getting average citizens engaged in science, says Caren Cooper on SciStarter blogs:

Among the champions [of citizen science more broadly] are Do-It-Yourself hackers building tools for neuroscience, studies of bioluminescence, and open-source space exploration. Birdwatchers restoring and monitoring populations of American Kestrels. Residents in communities concerned about industrial pollution monitoring the quality of air and water for environmental toxins, collecting data needed for developing new zoning laws and enforcement. More champions guide amateur astronomers involved in asteroid research, volunteers in exploring for fossils and communities in monitoring watersheds and inventorying biodiversity that might be threatened by urban sprawl in Puerto Rico.

Today's award highlighted the trend toward open data in science, and thus the increasing availability of resources for projects like these that aim to democratize science.