When You Decide To Dispel The Santa Claus Myth, Make It A Teachable Moment 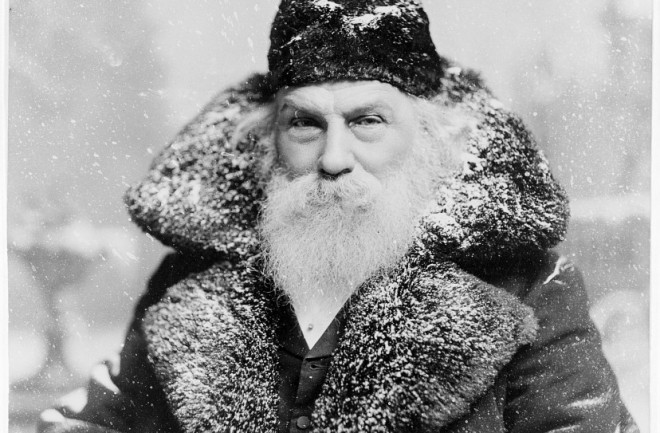 On a bitingly cold morning in 2011, I was sitting quietly in a repurposed Chicago bar listening to a physics teacher kill Santa Claus. Apparently, physics teachers and educators do this all the time. Examinations of Kringle’s physics are posted (and rebutted) in web archives, physics news outlets, and numerous science blogs. And it’s hard not to look at the science. Santa Claus is a wonderful problem to explore. He has known conditions—namely that he must travel to a certain number of houses in a certain amount of time—that involve basic physical concepts like speed and mass, making him a perfect blackboard example. But no matter how you solve it, the bearded, jolly gift-bearer is completely implausible. Adults already knew this, of course, so just who are we doing the physics for? With a small yellow notepad in hand, I was ready for the next speaker at the conference in the Chicago bar, a Skepticamp—a sort of un-conference for those interested in the intersection between science and contentious claims like Bigfoot, “alternative medicine,” and faith healing. The next speaker was high school teacher Matt Lowry, the “Skeptical Teacher,” who brought with him a short PowerPoint on the physics of Santa Claus. For the next few minutes he barely took a breath between sentences. Lowry introduced his slides as something that he shows his teenage physics classes to introduce them to critical thinking. He gesticulated and panted while explaining that if Santa Claus were real, he would have to travel at a truly incredible speed. With millions of children to visit and only a day to visit them all, Kringle would have to move at hundreds of miles per second (depending on what estimations you use). Such speeds would generate huge G-forces and vaporizing compression-heating—like a shuttle re-entering our atmosphere, only much faster and with a beard. The combined forces would rip Santa Claus apart as he and his reindeer burst into spectacular flames and sonic booms above some bewildered child’s chimney. For Lowry, the take-home message for his students is that Santa cannot possibly be a real man, because physics. After he hit his last slide and took a moment to catch his breath, he concluded the presentation by stating that he encouraged students to extend this style of inquiry to other mythical and religious figures. [The whole presentation, he explained later, has been floating around among physics teachers for years. In my research for this article, the presentation seems to have stemmed from this 1990 article in the now discontinued Spy Magazine, though that is also in contention.] Lowry’s destruction of Santa Claus didn’t upset anyone in attendance that day. He was preaching to an already skeptical choir. Even his high school students, I imagine, wouldn’t be particularly shocked by the end of his slides. But how would a physical examination of Santa find children who have not yet let go of the myth? Could skepticism be extended so easily? I left the conference with those lingering questions. I don’t have kids, but I suspect that dealing with the death of the Santa Claus myth isn’t easy. At its best, a child comes to the realization on his or her own (or with the help of friends), and by the time the parents feel that it’s time, there isn’t anything to say. At its worst, dispelling the myth hits hard. The reveal is a tangled ball of emotion and confusion crafted by a parent’s lies. And maybe many families never talk about it at all, expecting a child to eventually inform themselves, and for all parties involved to keep up the charade while secretly knowing the truth. There’s something to learn from a physical examination like Matt Lowry’s of Santa that I think can help ease any pain brought on by the final reveal. A teachable moment, a self-empowerment, hides in the destruction of Santa Claus. I think Santa can teach STEM. Exploring the physics of reindeer flight and cross-continent travel, for example, involves basic concepts that are much more fun to learn with a jolly gift giver at the center of them. Speed, a function of distance and time, could easily be taught to a child with Santa’s numbers provided for them. And fun analogies abound for what happens to Santa at those speeds. Like I said above, a sleigh would burst into flames if it had to make all the Christmas stops in one day, but why? Look to a shooting star. It burns up in our sky not because of friction, but because air can’t move out of its way fast enough and gets squeezed together. Santa’s sleigh would do the same. Both lessons involve making proper estimations, a valuable tool in any examination. How many children would Santa really have to visit? Are you accounting for religion? What about kids on the “naughty list”? How heavy would all the presents be? Where would you go to find those numbers? Working with children in this way could be immensely rewarding for them, giving them at least some ability to discover the world for themselves without having to rely on myth or a parent’s say-so. That rejection of authoritative answers is the essence of science. Will this tactic work? I can’t say. I’d bet that a child is more interested in presents than particle interactions. But for the budding science-enthusiast, I have to believe that guiding him or her through the process of discovery is a gift in and of itself. -- Are you a parent who has dealt with the destruction of the Santa Claus myth? How did you do it? Any advice?Image Credit: Man portraying Santa Claus. Published circa 1895. Photographer unknown. Put into the creative commons by Chuck Coker.