When Earth Was a Snowball, the Moon May Have Grown a Bulge 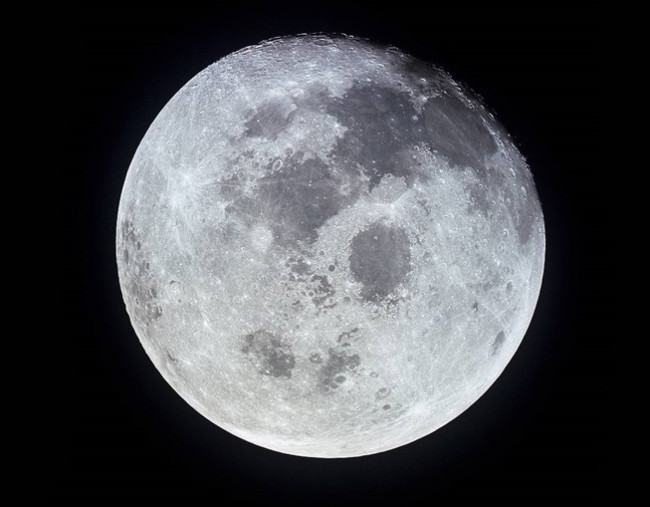 Although the moon looks quite spherical from the ground, it is flatter at its poles and wider at its equator, a trait known as an equatorial bulge. This characteristic is common; it’s usually caused by an object’s rotation around its axis. However, it’s been noted that the moon’s bulge is about 20 times larger than it should be given its rotational rate of once per month. Outlined in a paper published this month in the journal Geophysical Research Letters, researchers at the University of Colorado Boulder created an innovative model to study the disproportionate bulge and determine the conditions needed for its formation. They found that the bulge formed over hundreds of millions of years during the Hadean time (when the solar system was forming roughly 4 billion years ago). However, for the bulge to form this slowly, Earth’s tidal forces would have needed to be much weaker than they are today. The weak tidal forces suggest that Earth’s water was less mobile — in other words, frozen — during this time period. To reach their result, the team assessed how rapidly the moon could have retreated from Earth, an effect likely caused by the moon and Earth’s tidal and gravitational interactions. Due to its close proximity to Earth, the early moon was much hotter and had a higher rotational rate than it does today — optimal conditions for a heavy, prominent bulge to form. As the moon retreated from Earth, its decreased rotation and temperature caused the bulge to gradually reduce in size. At some point, the moon cooled enough for the bulge to solidify into a “fossil bulge,” a permanent planetary feature. Today, the moon currently recedes from Earth by 4 centimeters each year. However, little is known about the moon’s early recession speed, making it difficult to determine when the bulge formed. “The moon’s fossil bulge may contain secrets of Earth’s early evolution that were not recorded anywhere else,” said CU Boulder Department of Physics professor and co-author of the paper, Shijie Zhong, in a press release. “This is the first time that anyone has been able to put timescale constraints on early lunar recession.” By testing different recession rates, they concluded that Earth’s hydrosphere — all of the planet’s water — “may have been frozen all the way down, which would have all but eliminated tidal dissipation or friction,” said Zhong. The researchers also suggest that a younger, weaker Sun could have put out about 30 percent less heat, contributing to the freezing and reduced tidal forces. Based on geological records, many scientists believe that this kind of “snowball Earth” existed about 600 million years ago, during the Neoproterozoic time, but there isn’t currently much terrestrial evidence to support its existence during the Hadean time. The research team is looking to change that, though, by using the Moon as a fossil record of Earth, and will continue tweaking their model in hopes of finding more evidence.