When Are We Going Back to Saturn? 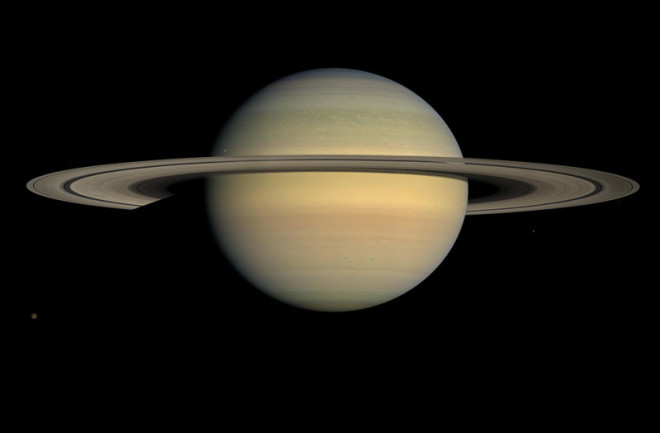 Cassini’s mission is over and gone for good. But we’re not done with Saturn yet — it just may be a while before we go back. (Credit: NASA) By the end of the year, NASA will decide on a new New Frontiers-class mission. This medium-cost mission class is responsible for the Juno, New Horizons, and OSIRIS-REx probes, and has a handful of finalists selected for a mid-2020s launch. Among proposals for a Moon mission, a Venus lander, and a comet sample return are five Saturnian missions. The first one is a plunge directly into Saturn, studying the interior of the planet’s cloud layers as it moves down. Cassini performed a sort of initial reconnaissance into Saturn’s atmosphere, but broke apart quickly. The Saturn Probe Interior and Atmosphere Explorer would last longer — about an hour and a half. Then there are two competing proposals to explore Enceladus. One involves sending an orbiter through the plumes of Enceladus several times with enough instruments to detect organic chemicals and possibly life. The other proposal, Enceladus Life Signatures and Habitability, has been kept under a tight lid. Finally, there are two Titan proposals. One is an orbiter, looking for the best places to find life on Titan in greater detail than before, while the other would place an actual drone into Titan’s atmosphere to explore the smoggy world. NASA also has a class of missions called Discovery Class that are lower cost. The last round of proposals involved a joint mission to Enceladus and Titan, as well as two Enceladus explorers. NASA and ESA also worked together on a proposal called TSSM that may yet see the light of day, and a Titan boat is always just over the horizon. Finally, NASA has a close-to-science-fiction class of studies called NASA Innovative Advanced Concepts. These are all technological demonstrations for missions 30 to 40 years down the line, but indicate in general where NASA’s head is, cosmos-wise. Here are a few recent relevant proposals, which include submarines, hot air balloons, and a wheel-less rover that stumbles around like a tumbleweed: Icy-moon Cryovolcano Explorer (ICE) Titan Submarine: Exploring the Kraken MareTitan Aerial DaughtercraftPassive Radio Ice Depth Experiment (PRIDE)Super Ball Bot With any luck, we will be back at Saturn in the 2030s. There are just a few hurdles to overcome in the meantime. The system is calling us; will we answer?