What Would You Look at If You Could Control a Really Powerful Telescope? 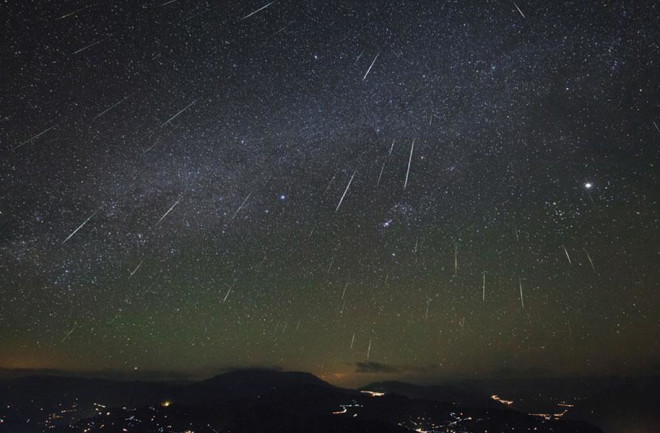 Editor’s Note: In the November issue of Discover Magazine the article Killer Telescopes describes the coming wave of gigantic telescopes. This article talks about Slooh, a community observatory that allows citizens to access high powered telescopes and also broadcasts major celstial events live. Slooh is one of the projects on SciStarter’s database of more than 800 citizen science projects. Want more space age citizen science? We’ve got you covered!

Most of us can remember staring into a clear night sky as kids, being captivated by what’s out there. Starts, planets, comets, asteroids and other celestial beings have always exuded a sense of mystery and inspired many an astronomer. As a student in middle school, I vividly remember a trip that I took along with my family to the Vainu Bappu Observatory close to my hometown which houses the largest telescope in Asia. I was awestruck at how humankind, so infinitesimally small in the larger context of the universe, had managed to conceive and build this amazing instrument that allowed us to learn about what we are a part of. And when the recent Perseid meteor shower occurred, I wished that I was there once again, to get an up close and personal view. While some made space the focus of their career, there are millions who continue to be fascinated by it but yet do not have access to the same level of technology that professionals do. This problem of access was recognized by entrepreneur and space enthusiast Michael Paolucci. ‘Why can’t astronomy be accessible to everyone?’ he asked. Fortunately for all the citizen astronomers and stargazers out there, he decided to answer it himself, and founded Slooh in 2003. “People love space but there is no easy, affordable way to experience it for themselves. You either have to have a PHD [sic] in astronomy to control a really big telescope like Hubble, be a billionaire building rockets like Elon Musk at SpaceX, be a supermodel like Kate Upton getting a free ride for Sports Illustrated in zero gravity which is normally $35,000 a pop, or pay Richard Branson $200k for a trip on Virgin Galactic,” he says. “We created Slooh to be the ticket to space for every man--easy, engaging and affordable.” Slooh is a community observatory where people can access really powerful telescopes through a web interface. Anyone can join Slooh by paying a membership fee and Slooh members can use the interface to control telescopes at their flagship observatories, one at Mt. Teide in the Canary Islands and the other in Chile. Using these telescopes turns out to be really expensive and the membership model costing approximately $25 a month allows citizen scientists to share the cost while getting access to world class technology. By reserving 5-minute time slots in advance (slots can be reserved in succession for additional time), members can use the telescope to study pretty much anything they want. Importantly, when one member is using the telescope everyone else can look at the images and participate in the process of discovery. This creates an atmosphere of learning and collaboration where sharing knowledge is encouraged and more experienced astronomers get to mentor those who are new to the field.

That time when the Moon photobombed Saturn. Live broadcast by Slooh (Image Links to Video / Image Credit: Slooh) Evidently, this has made Slooh very popular among students. One member who is also an eighth grade teacher wrote the following message on AstroChatter, the discussion board of Slooh, after she and her students watched a massive solar flare broadcast from the Prescott Observatory in Arizona. "What a great experience introducing my students to Slooh yesterday! They screamed when [Slooh host] Geoff Fox announced their question and gave a big 'hello' to my 8th graders. Both the astronomer at Prescott Observatory as well as Bob Berman answered their two questions. Thanks to all the Slooh staff that acknowledged our tweet and passed it along. I can't tell you how excited the kids were were[sic]! What a moment!" But Slooh is not just about fun, although their members would probably not describe it any other way. The community has contributed significantly to astronomy research and their prowess has been recognized by NASA which recently signed a Space Act agreement with Slooh as part of its asteroid initiative to track near-Earth asteroids (NEOs) which may be a threat to human populations. “Our members have performed real astronomy research and contributed to discovery,” Michael says. “For example, we were cited in supernova discovery SN 2007rt with JPL and the Max Planck Institute, were among the first to image Asteroid 2008 TQ3 only hours before it entered Earth's atmosphere some 23 miles above the Nubian Desert, and our members have collaborated together to make over 2,000 submissions to the Minor Planet Center.” Apart from the flagship observatories, Slooh has also partnered with more than 15 observatories across the globe from Arizona to Australia, giving them unprecedented access to celestial events around which they have created extremely successful live shows that are free and open to the public. These shows are accompanied by commentaries from in house astronomers and guest experts from NASA so that everyone can understand the nature of the event being broadcast, the science behind it and its importance. In addition to broadcasting the events on their homepage, the shows are syndicated across their entire content partner network including TIME Magazine, Wired, Space.com and National Geographic among others, reaching millions of viewers worldwide. Their live broadcast of the Total Lunar Eclipse in June 2011 for example was broadcast directly to Google’s homepage. Needless to say, they are a massive hit. The live shows are a big part of what Slooh is all about, which is making space accessible to the public. Slooh’s asteroid coverage has caught a lot of attention, as Mr Paolucci proudly declares. “Lately we have been nicknaming asteroids to give them a little personality, such as the June 5th, 2014 close fly-by of 2014 HQ124, better known as The Beast, named in honor of Marshawn Lynch and the Superbowl Champion Seattle Seahawks,” he says. “The media ran with the nickname, the audience was off the charts, and several days after the event our friends at NASA decided to image it with the Goldstone radio telescope, putting The Beast back in the spotlight and calling further attention to the importance of tracking near-Earth asteroids.”

Image showing the Total Lunar Eclipse on June 15, 2011. The next eclipse will be broadcast live by Slooh on October 8, 2011 (Image Credit: (Shutterstock / Harm Kruyshaar) The next live event that is free to the public is another Total Lunar Eclipse, sometimes known as the ‘Blood Moon’. This event begins in the wee hours of the morning on October 8th, starting at 5 AM Eastern Time. Because of their network of telescope sites, Slooh will have a ringside seat to this event and so will everyone tuning in. The event will be interactive with Slooh host Geoff Fox and astronomers Bob Berman and Paul Cox answering viewers questions that come through on Twitter. Interestingly, this event could provide some clues about the environment on earth says Slooh astronomer Bob Berman in the official release, “the color of the moon when the eclipse is total delivers an environmental report card about ourselves. If the Moon turns coppery red, that’s normal. But a black totality indicates either major volcanic eruptions on Earth, or rare cloudiness surrounding the limb of our planet. This potential variability provides yet another reason to tune in.” The live shows are a big part of what Slooh is all about, which is making space accessible to the public. I asked Michael what his vision for Slooh was. “We want to broadcast celestial events from every location on Earth in the spirit of uniting mankind in common cause,” he said. “Our mission is to lower all of the barriers--cost, ease of use and speed to engagement, and one day have people realize that Candy Crush is actually really boring compared to Slooh.” Judging by what they have done in the last decade, I think Slooh is well on the way to achieving that vision. As for me, I was hooked the moment I saw 'The Beast'.